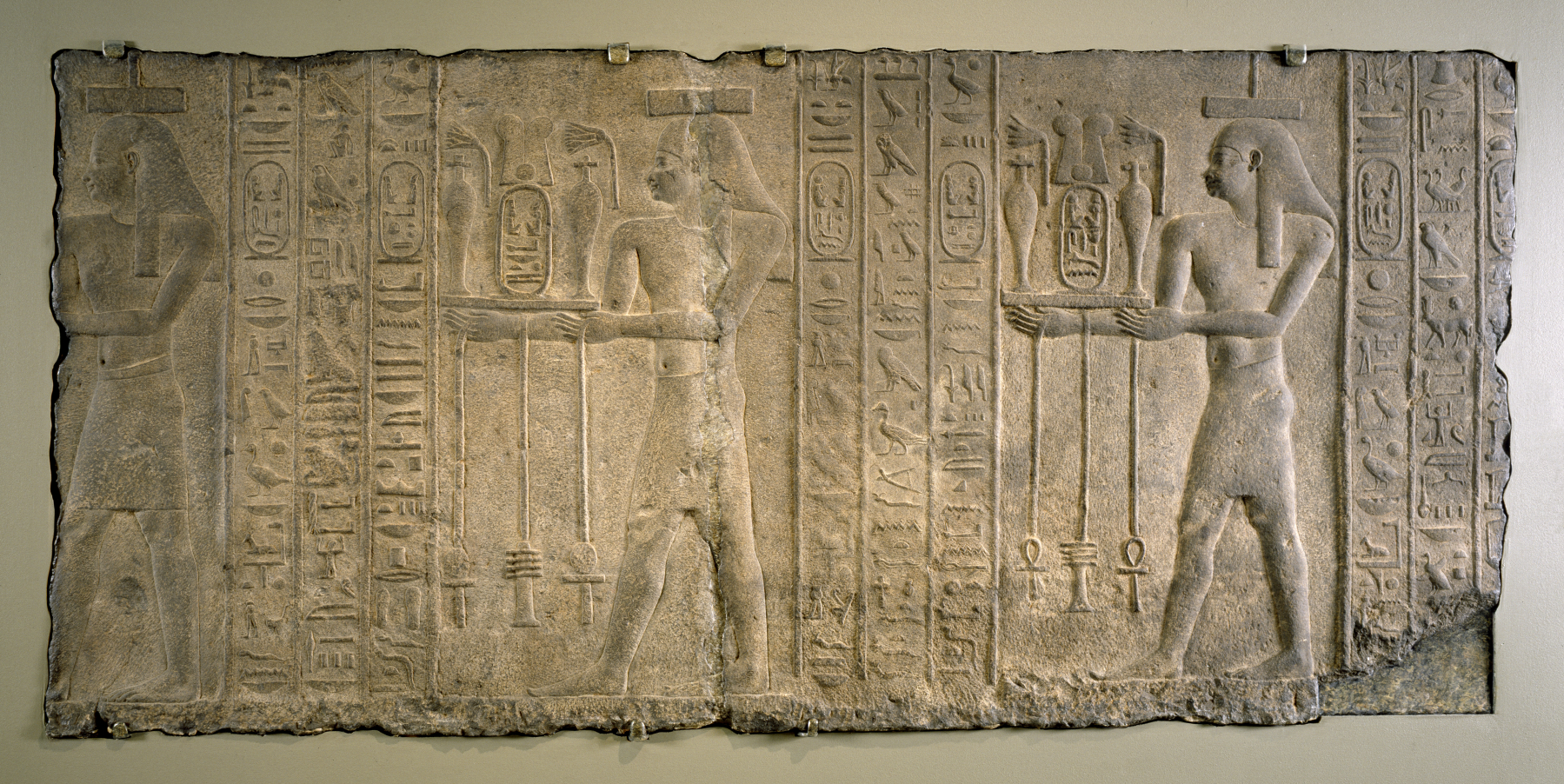 Once decorating the lower section of an interior temple wall, this relief depicts gods carrying offering trays supporting cartouches bearing the name of King Nectanebo II, and liquid and floral offerings. The deities bring the agricultural wealth of the nome, or region, they represent in a procession. The hieroglyphic texts praise the king and the god Onuris-Shu. Unlike the sunk relief used on exterior walls, interior walls were decorated with raised relief.