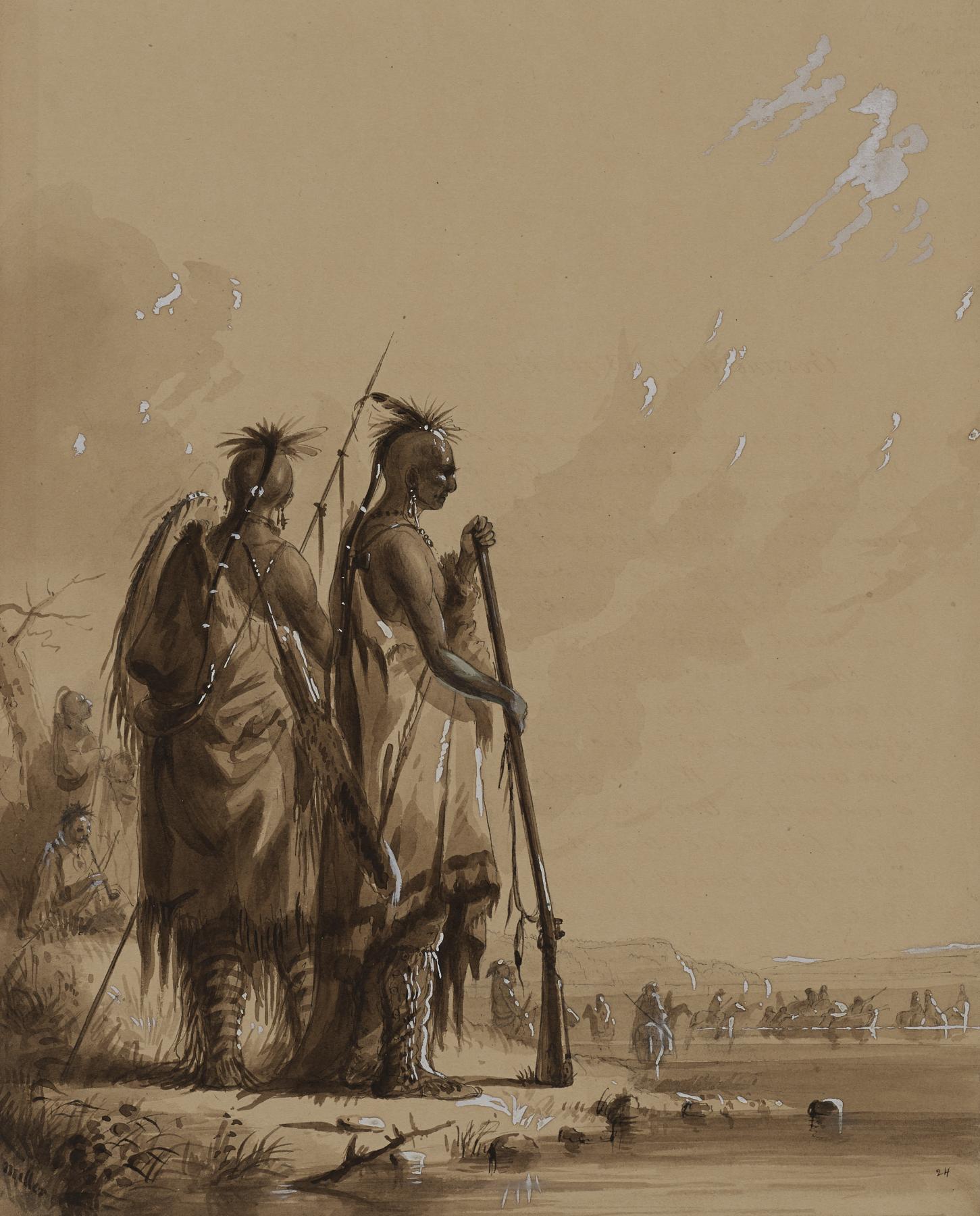 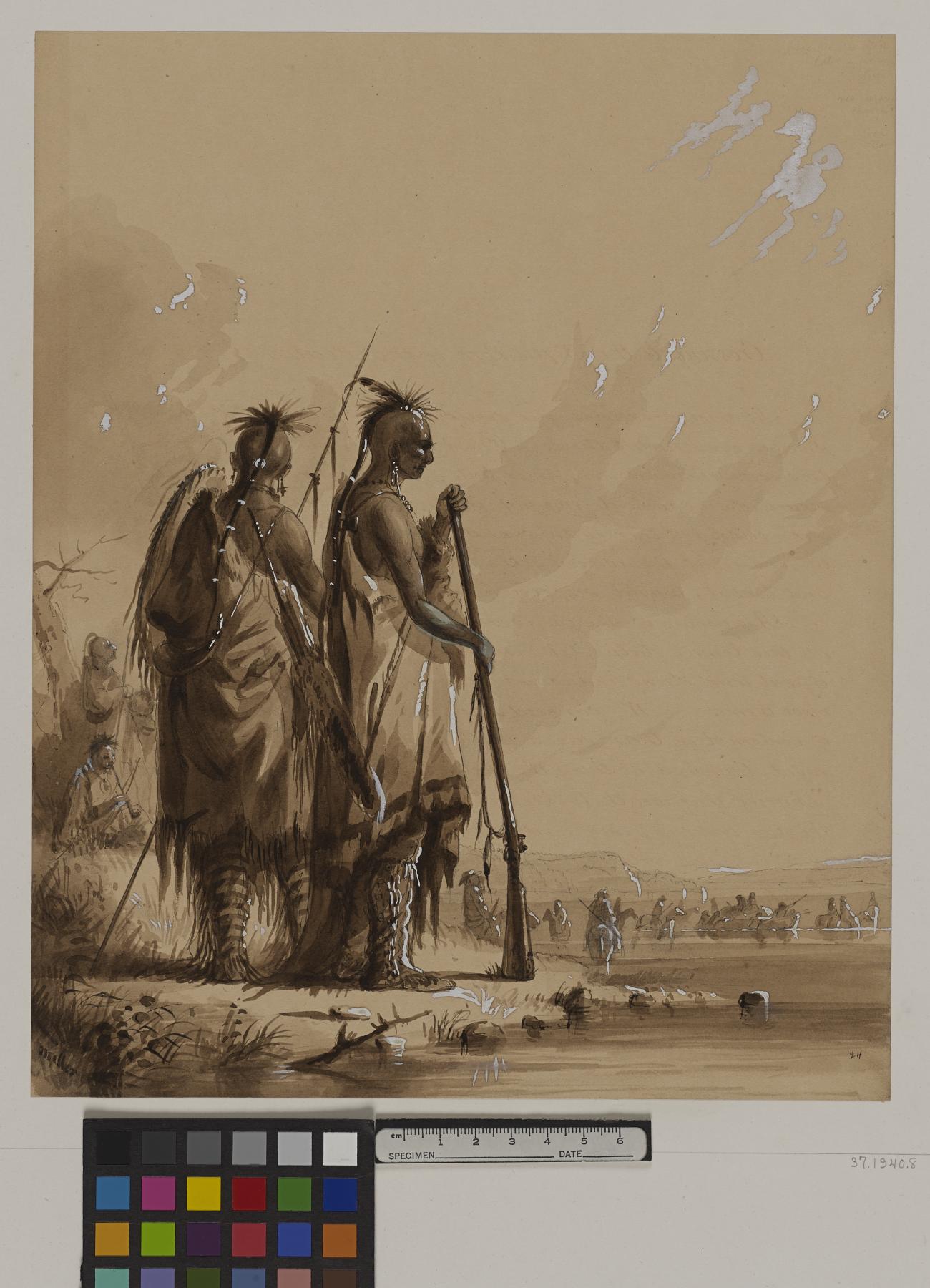 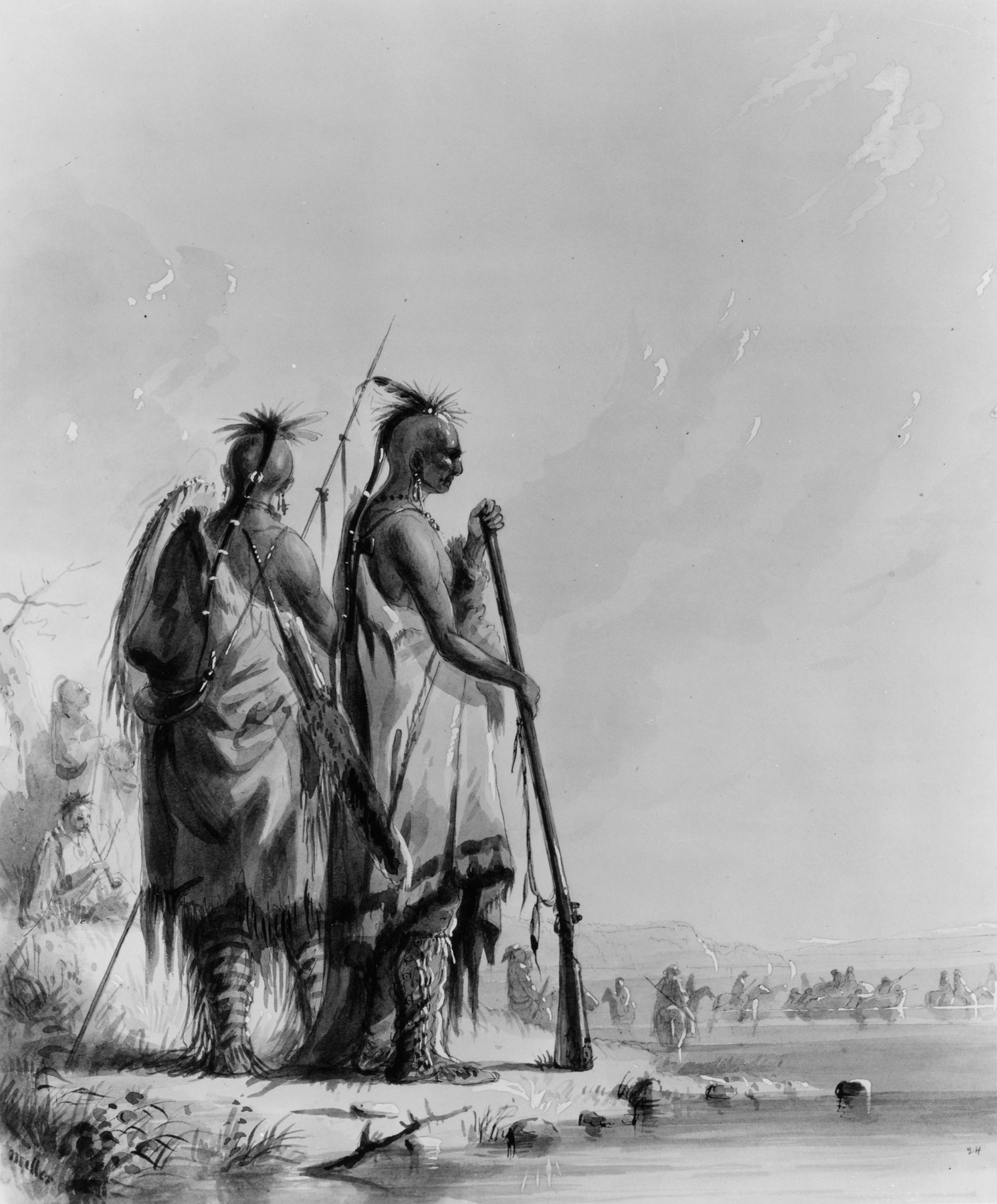 Crossing to the North Fork of the Platte River

"At these crossings our goods were placed on Bull Boats ... A number of Sioux were watching our operations all this time, statue-like on the banks, and although we offered them strong inducements to help us, nothing would move them. We fancied we saw an expression of contempt on their faces. The trappers, becoming enraged, launched at them the choicest anathemas in French. 'Nursing their wrath to keep it warm.' Luckily for the poor Indians, they understood not a word of these nice expletives, and certainly so far as quiet dignity was concerned, they had the best of it." A.J. Miller, extracted from "The West of Alfred Jacob Miller" (1837).