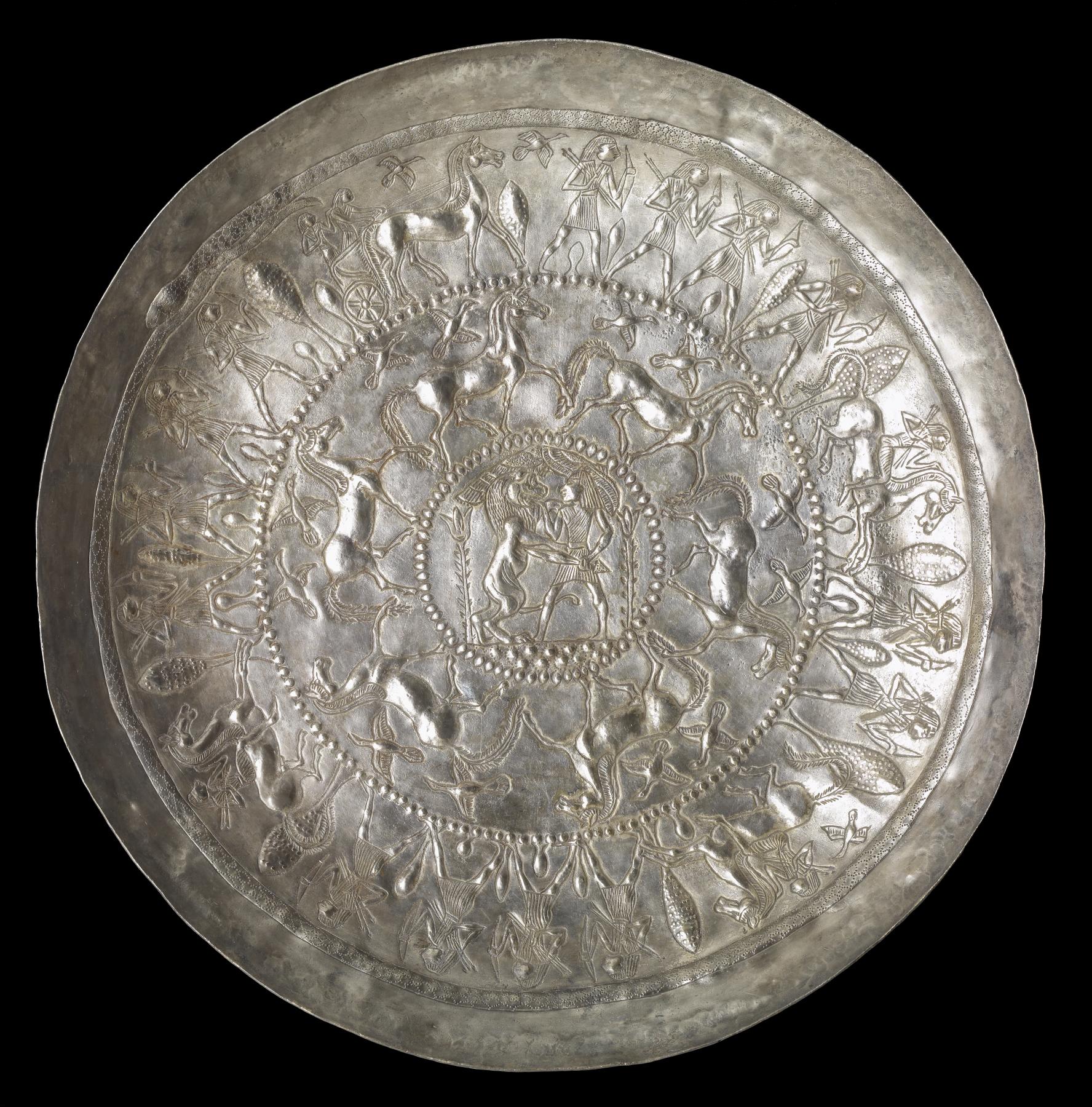 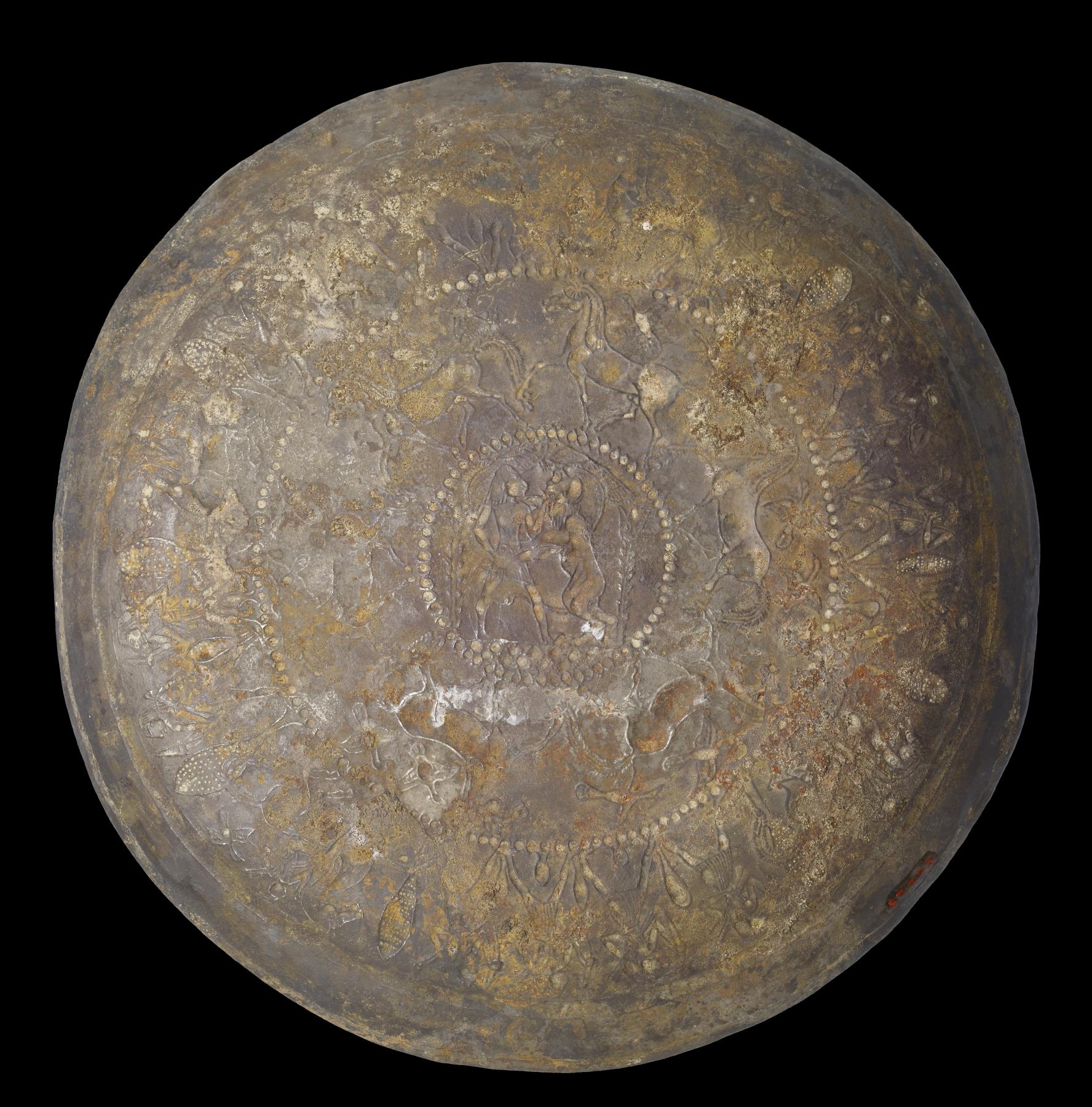 In the center of this shallow bowl, a man stabs a raging lion. They are surrounded by a ring of flying ducks and prancing horses. In the next ring, archers on foot and mounted spearmen advance among trees behind a chariot. The design, which may represent a hunting expedition, is encircled by a serpent with patterned skin. The clothing and hairstyle of the figures is Egyptian, while the subject matter of the central scene is a common Mesopotamian theme of combat between man and beast. Phoenician artists frequently adapted the styles of neighboring cultures.