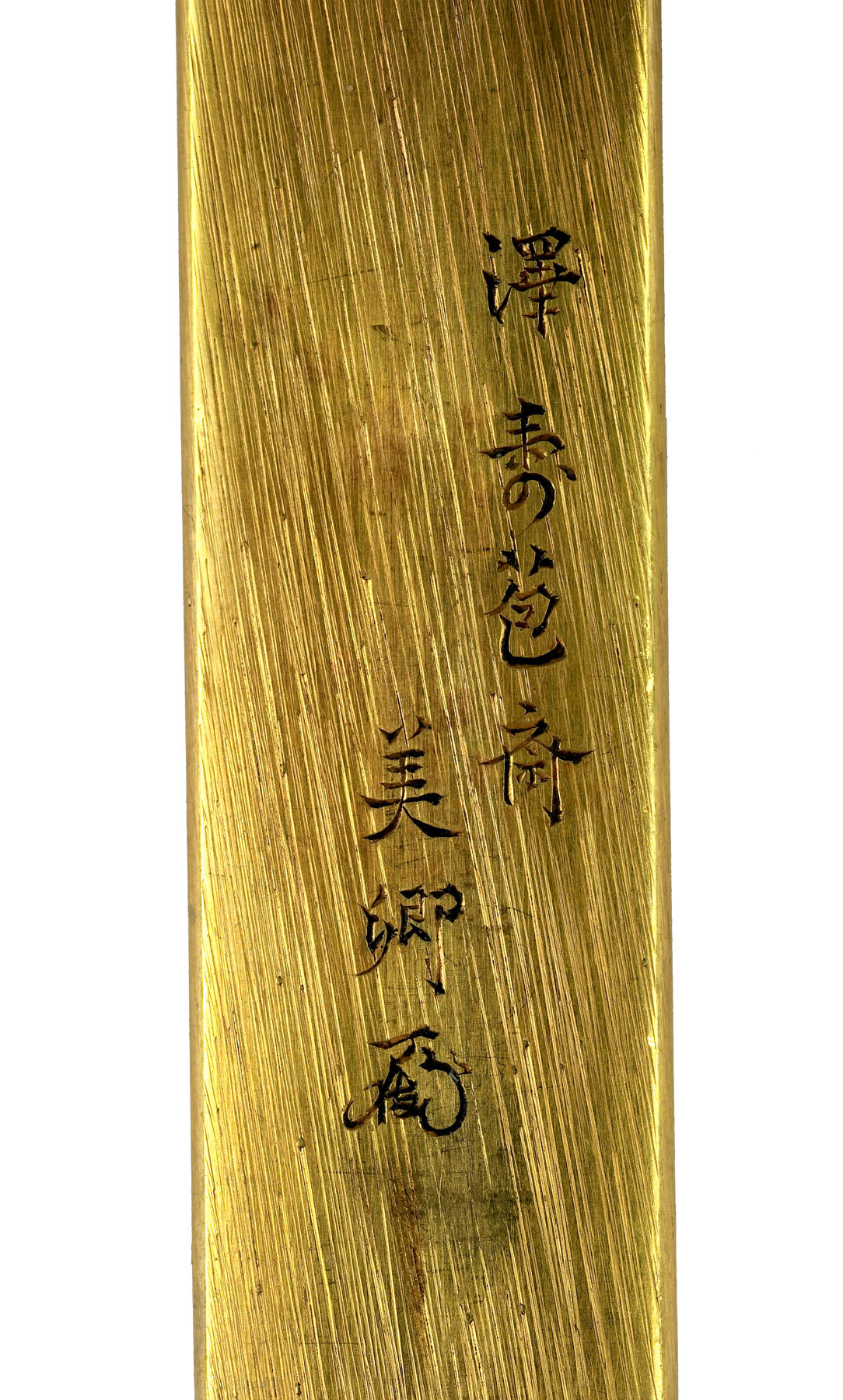 This kozuka was made in Nagasaki, the main port during Japan's period of restricted foreign interchange between the 1630s and the 1850s. Most of Japan's foreign trade during that time occurred through Nagasaki. The large boat in the center is a Dutch ship. The flag at its left is either the Dutch tricolor or the flag of the Dutch East Indies Company, which used the tricolor as a background. The two boats on the right are Chinese junks. Five other small boats are in the water between the large ships. These boats are tied to together and are pulling the large boat into port. Part of the port can be seen behind the small boats.