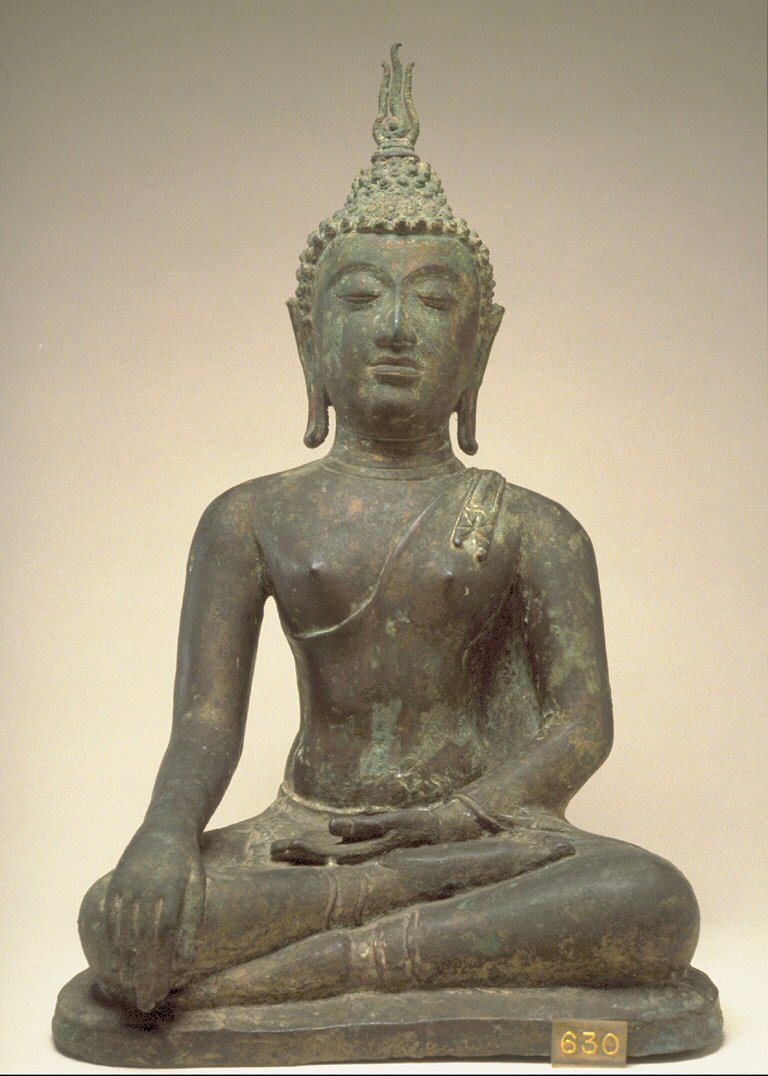 Buddha at the Moment of Victory

In the 15th century, new images types became popular in different parts of Thailand. The pose is the same as in a Sukhothai-type image and depicts the Buddha's defeat of the forces of the devil on the night of his enlightenment. The proportions are different, however, as is the form of the pedestal and the length of the folded mantle on the shoulder.