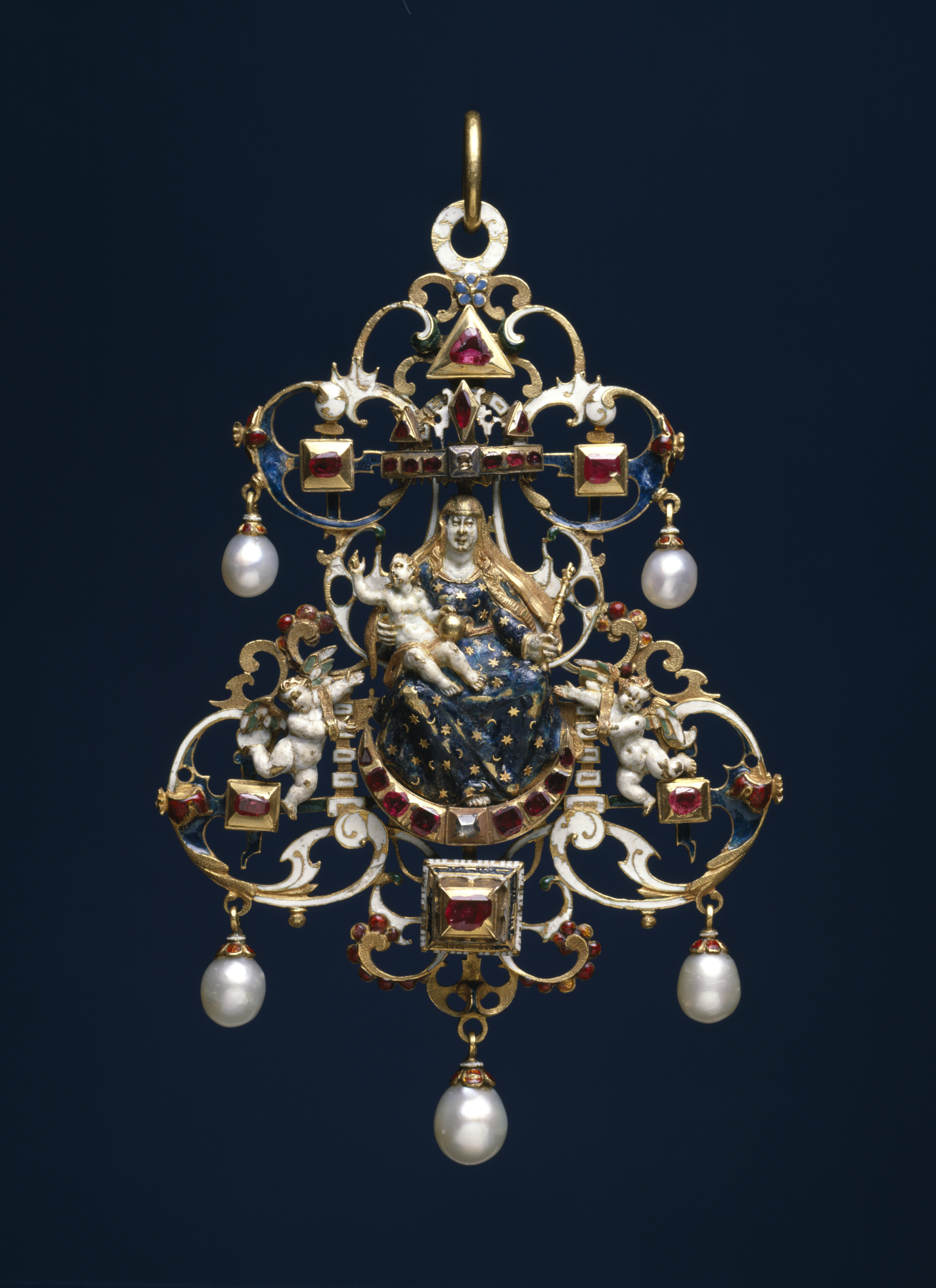 Pendant with the Virgin and Child Enthroned

Openwork design, colorful enameling, and religious motifs are characteristic of many opulent German Renaissance pendants. This large but delicate example depicts the enthroned Virgin and Child in applied relief surrounded by a pair of cherubim and intricate scrollwork. Such elaborate pieces would have been owned by Renaissance courtiers. Analysis of the enamels revealed that the central group probably dates to the 16th century. It has been attached to a 19th-century decorative mount of unknown origin and of Renaissance-inspired design. Because the Renaissance style experienced a revival in the 19th century, jewelry was frequently copied or forged, often making it difficult without scientific testing to determine if works are original to the period.