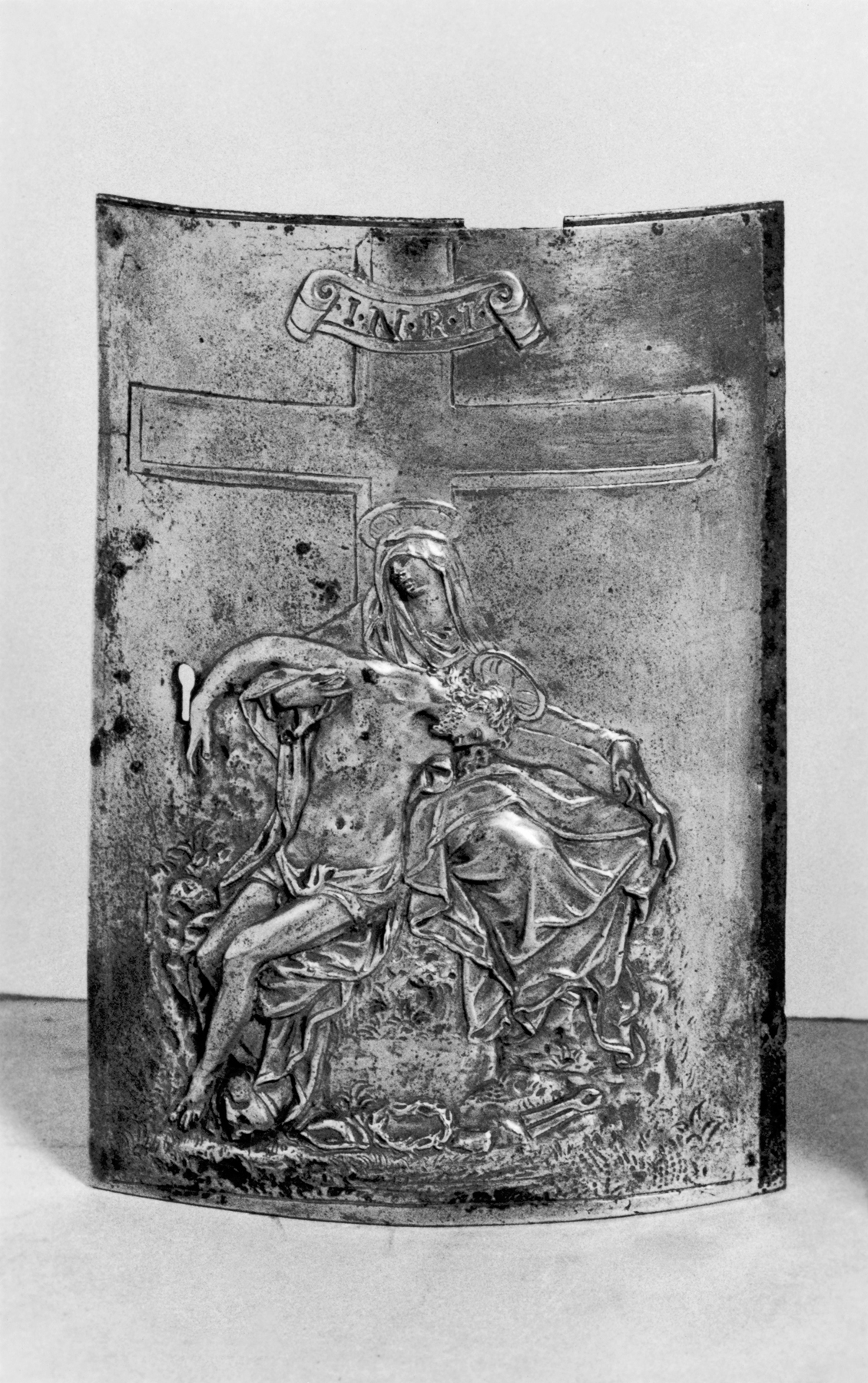 The Host (Communion wafer consecrated by the priest) was preserved inside the tabernacle. During the Mass, Christ's body is believed to become miraculously present in the Host (transubstantiation). The Mass is a symbolic reenactment of his sacrifice, which explains the image of the Pietà (the Virgin Mary holding the dead Christ-an image combining the ultimate in pity and piety) on the tabernacle.

This relief is one of many copies of an image that was believed to be miraculous, preserved in a church in the city of Chioggia, south of Venice.