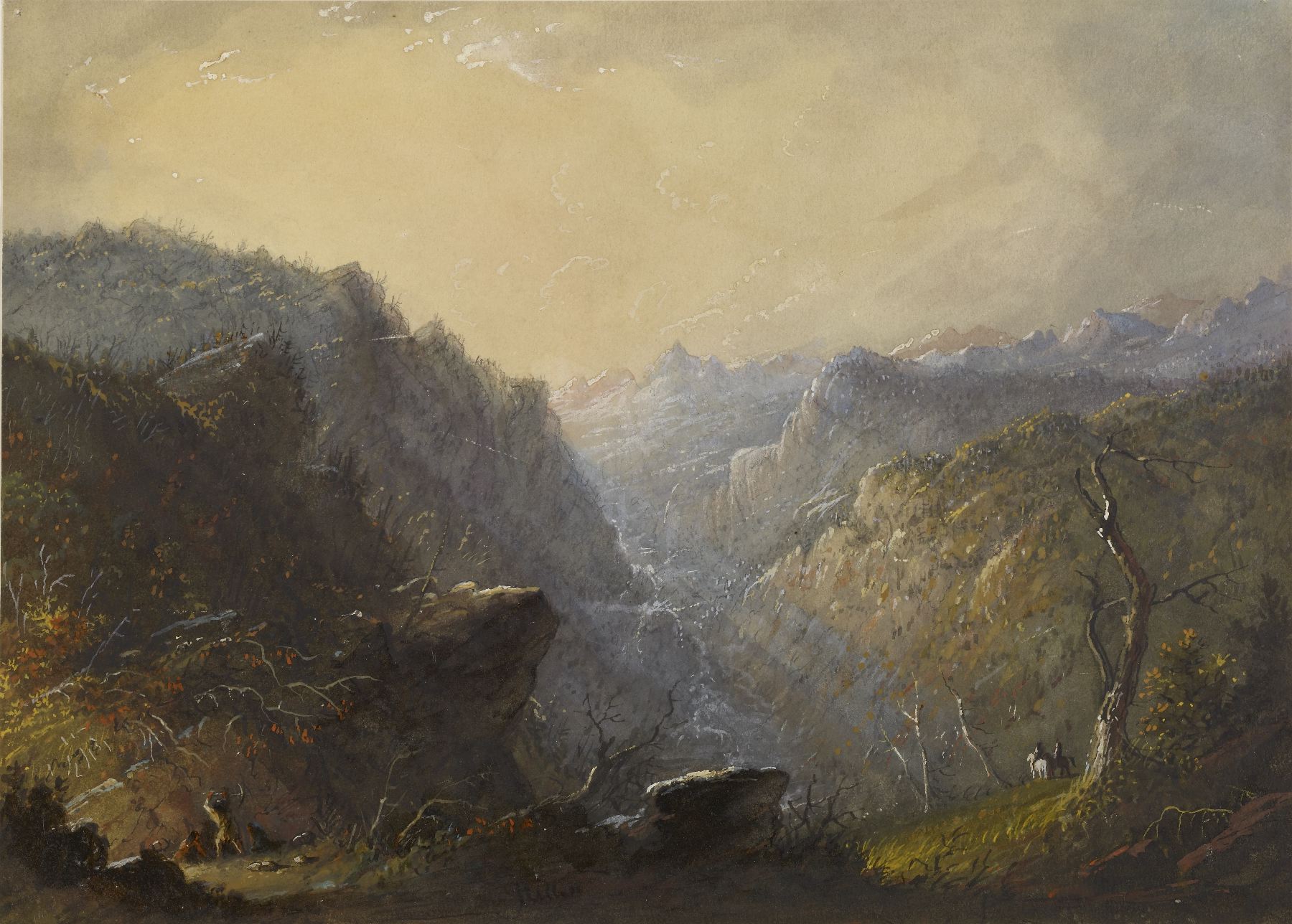 "The scene represented is a gorge in the vicinity of the Rocky Mountains, at the bottom the water is coming down in cascades caused by the melting snows above and forms one of the numerous feeders to the mighty Missouri. The defile is comparatively so narrow that the sun only penetrates it at mid-day. To the left, under some wild cliffs, Trappers are building a cache, out-of-the-way and secluded places are selected for this purpose in order to escape the eyes of prying Indians. If the gound has a sod, it is carefully cut and placed to one side, a hole is then dug of sufficient capacity to contain all such articles as are to be deposited." A.J. Miller, extracted from "The West of Alfred Jacob Miller" (1837).