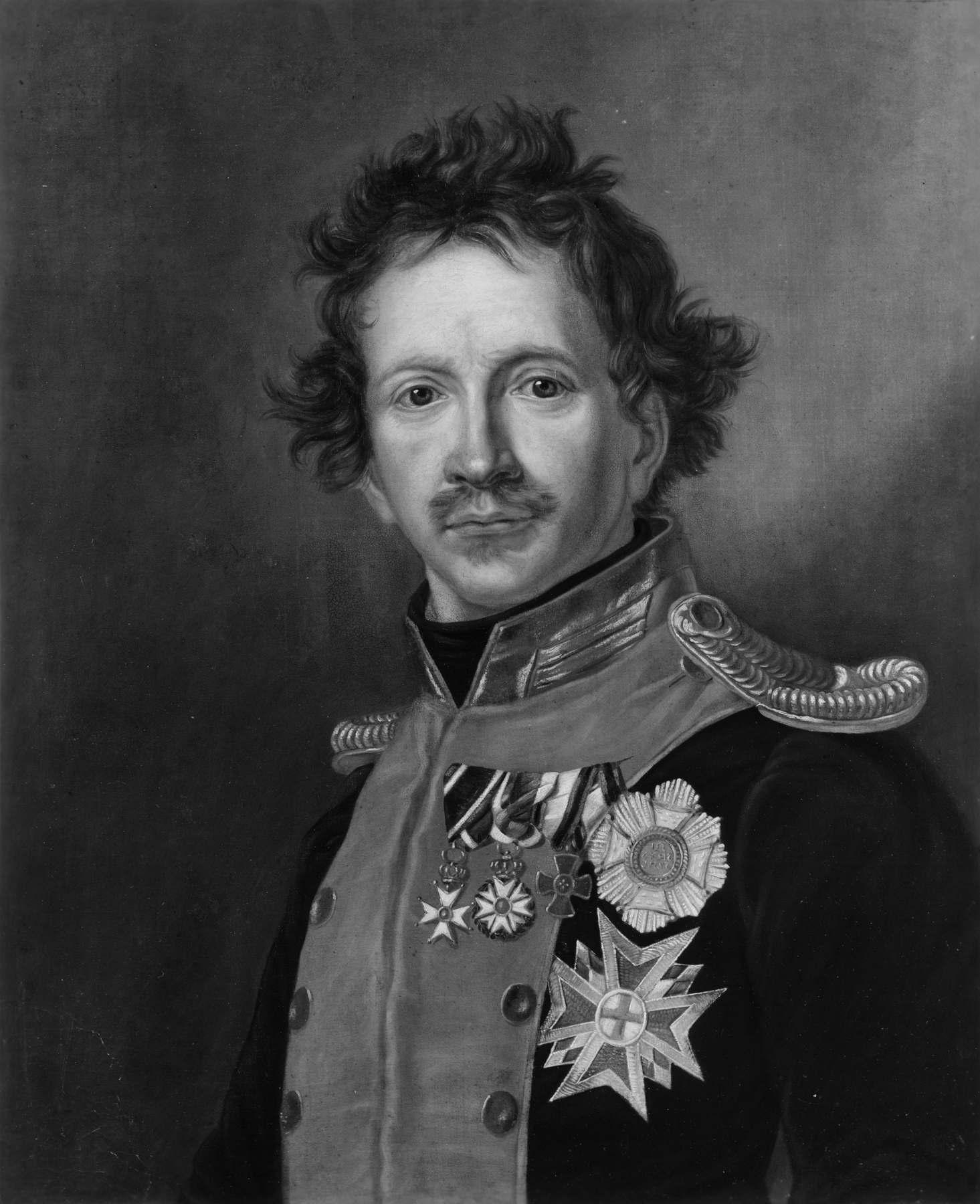 Portrait of Ludwig I, King of Bavaria

Ludwig (1786-1868) succeeded his father, Maximilian Joseph, as King of Bavaria in 1825 and reigned until 1848 when popular opposition to the influence of his mistress, Lola Montez, compelled him to abdicate in favor of his son, Maximilian II. Initially, he reigned as a liberal but gradually he assumed a conservative stance. Through his building programs and patronage, Ludwig was to a large extent responsible for the emergence of Munich as a major center for the arts in the 19th century.

The monarch is portrayed turned to the left and facing to the front. His general's uniform is dark green with red facing, gold collar, silver epaulettes and gilt buttons. He wears, from left to right, the Commander-Cross of the Military Order of Max-Joseph, the Cross of the Order of the Bavarian Crown, the Commemorative Military Medal for 1813-15 and, in addition, two stars, the Order of Saint Hubert above, and the Order of Saint George below. A zone of pale blue light isolates the King's head from the remainder of the background, which is grey. Walters Art Museum records dating from 1934 incorrectly attribute this picture to François Gérard. It is, however, a painting from the studio of Gérard's pupil Joseph K. Stieler and resembles, in particular, two studies taken from life by Stieler in preparation for a coronation portrait. These studies are reproduced in Ulrike von Hase, "Joseph Stieler," Munich, 1971, figs. 122a and b.

[Inscription] On stretcher in pencil: Ludwig I King of Bavaria