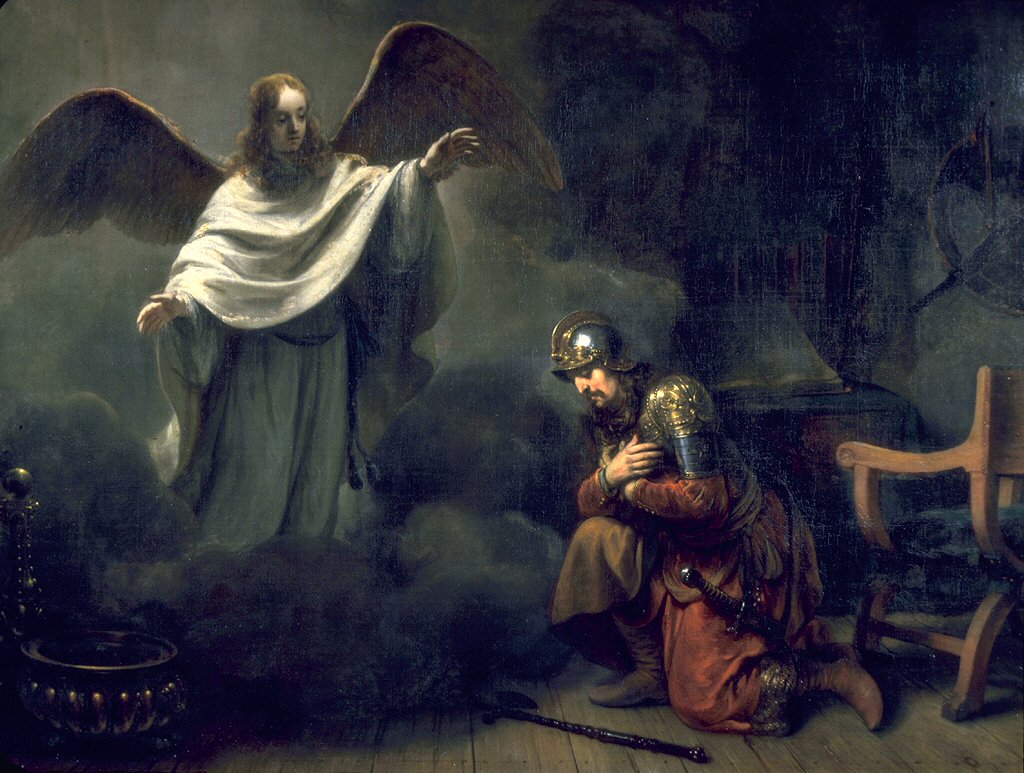 Vision of Cornelius the Centurion

A dramatic play of light and shadow can add an emotional charge to the depiction of an event. This was the great lesson that Eeckhout absorbed from his teacher Rembrandt van Rijn in the late 1630s and was still using in 1664, when he signed and dated this painting. This is especially effective for representing contact between the human and the divine-here, the appearance of an angel to the Roman centurion Cornelius (Acts of the Apostles). The angel tells him to seek out St. Peter, who will then preach to him about Christ.

Eeckhout also adopted Rembrandt's use of details to engage the viewer, such as the centurion's gestures of submission to greater authority-arms crossed on the chest and his officer's ceremonial war axe laid on the ground. The cistern at the left foreshadows Cornelius's baptism by St. Peter.