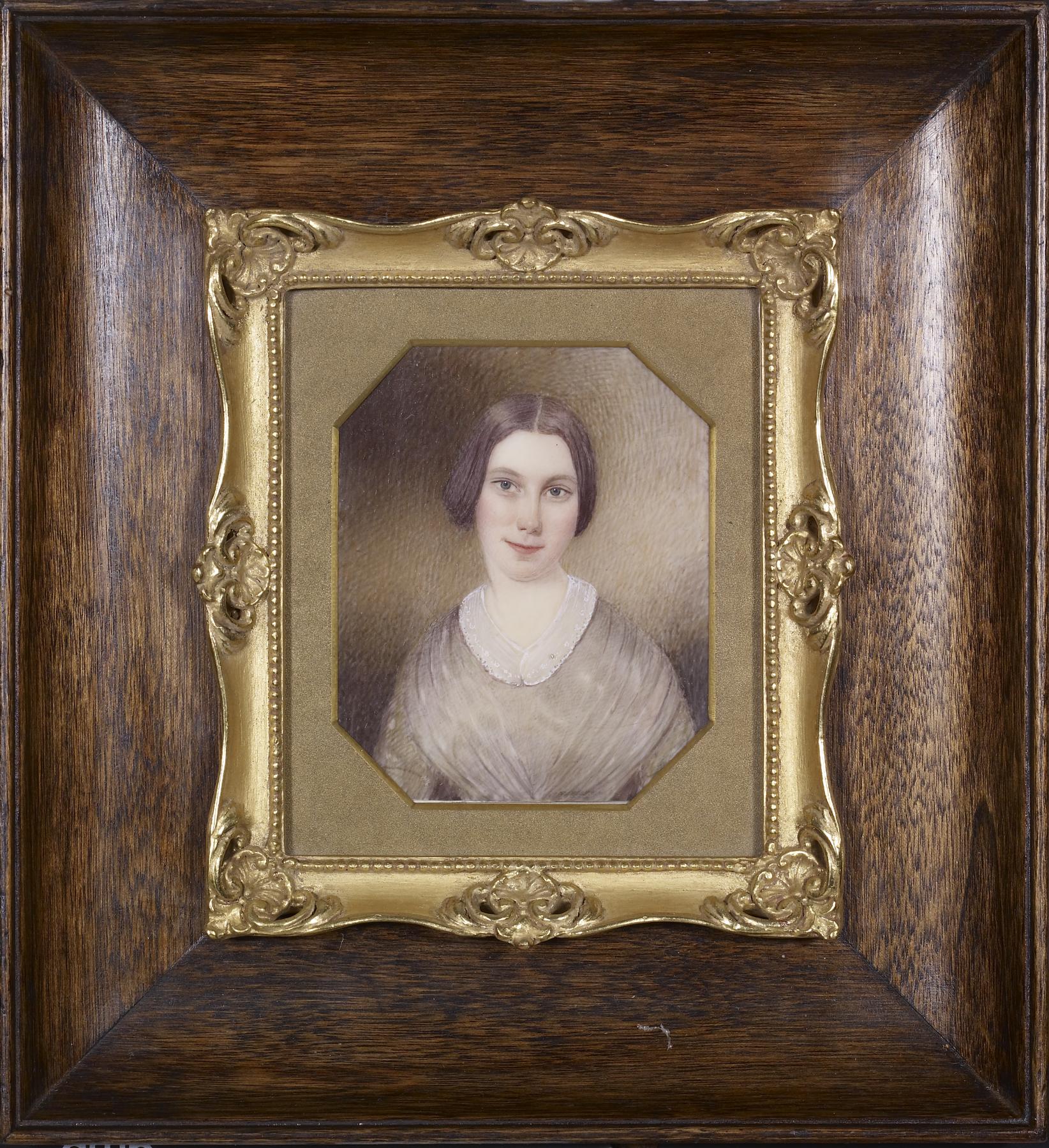 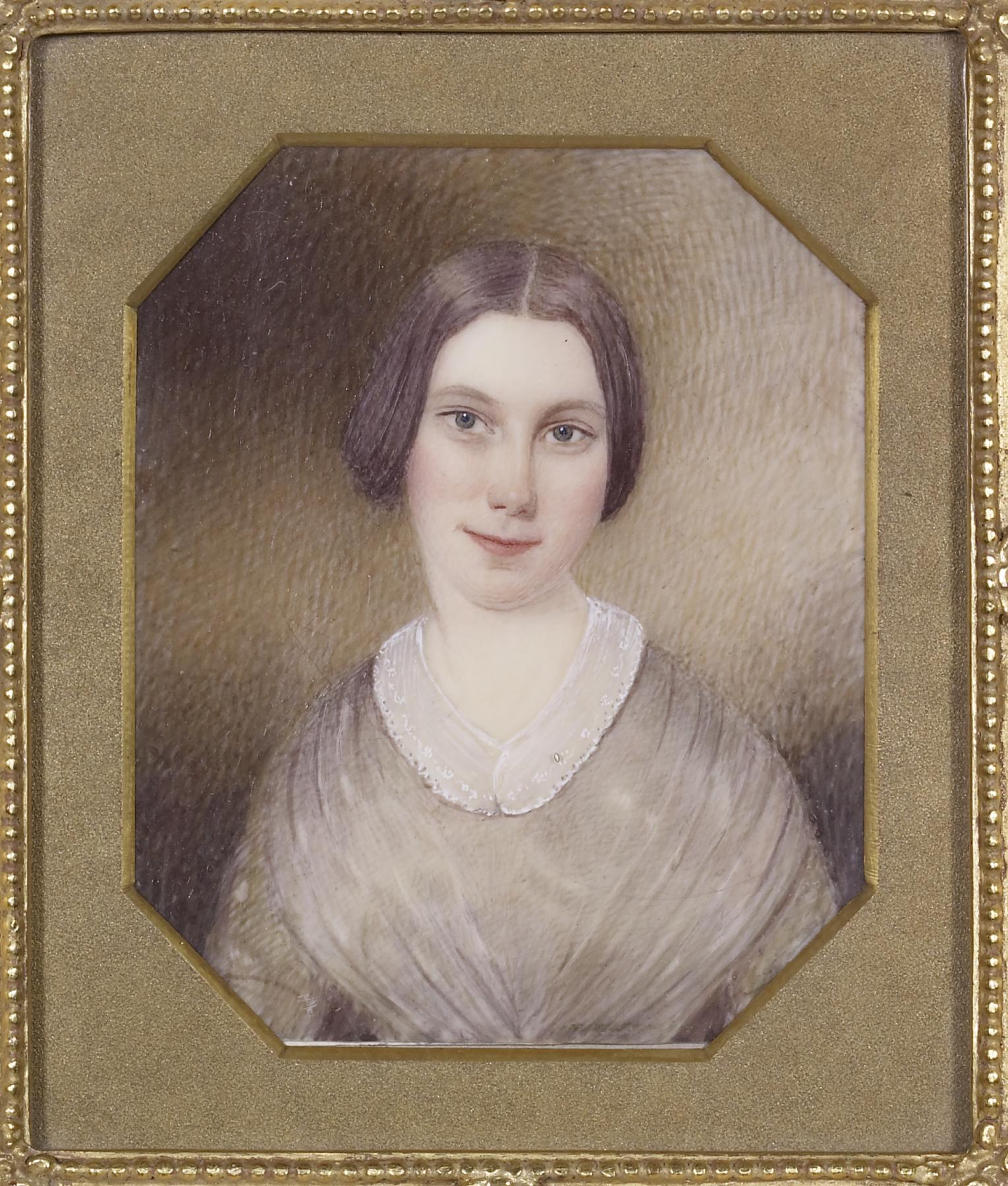 Born in Leeds, England, and trained in an architect's office, Richard Morrell Staigg came to the United States in 1831. Washington Allston encouraged him and he soon devoted himself to miniature painting. He was a regular exhibitor at the National Academy of Design, New York City, of which he was elected an associate in 1856, and an academician in 1861. In the last two decades of his life he devoted himself to portraits, landscapes and genre scenes in oil.

In a later frame. 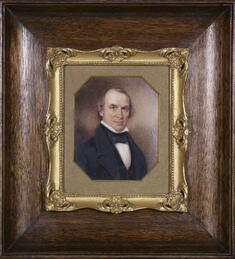