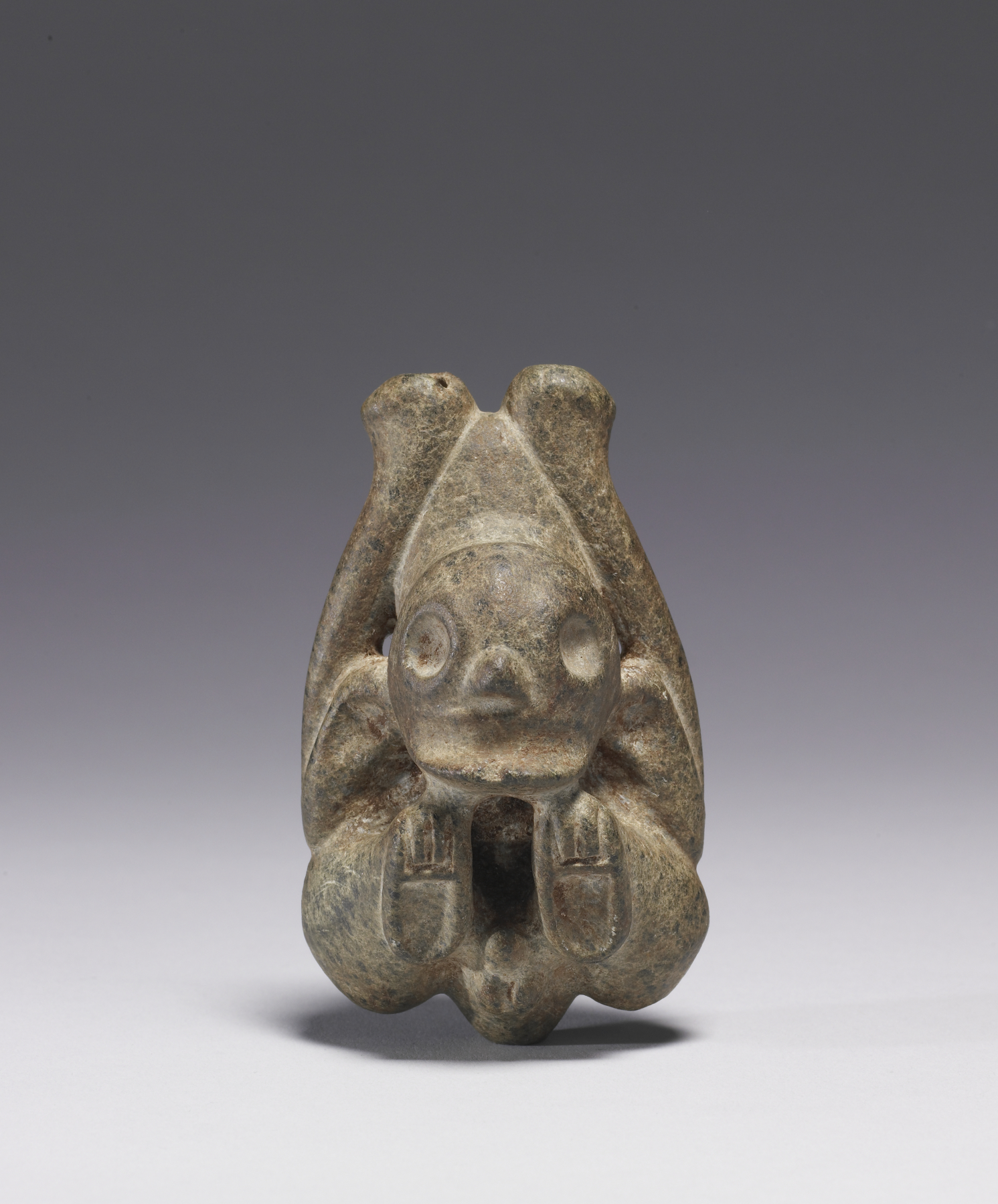 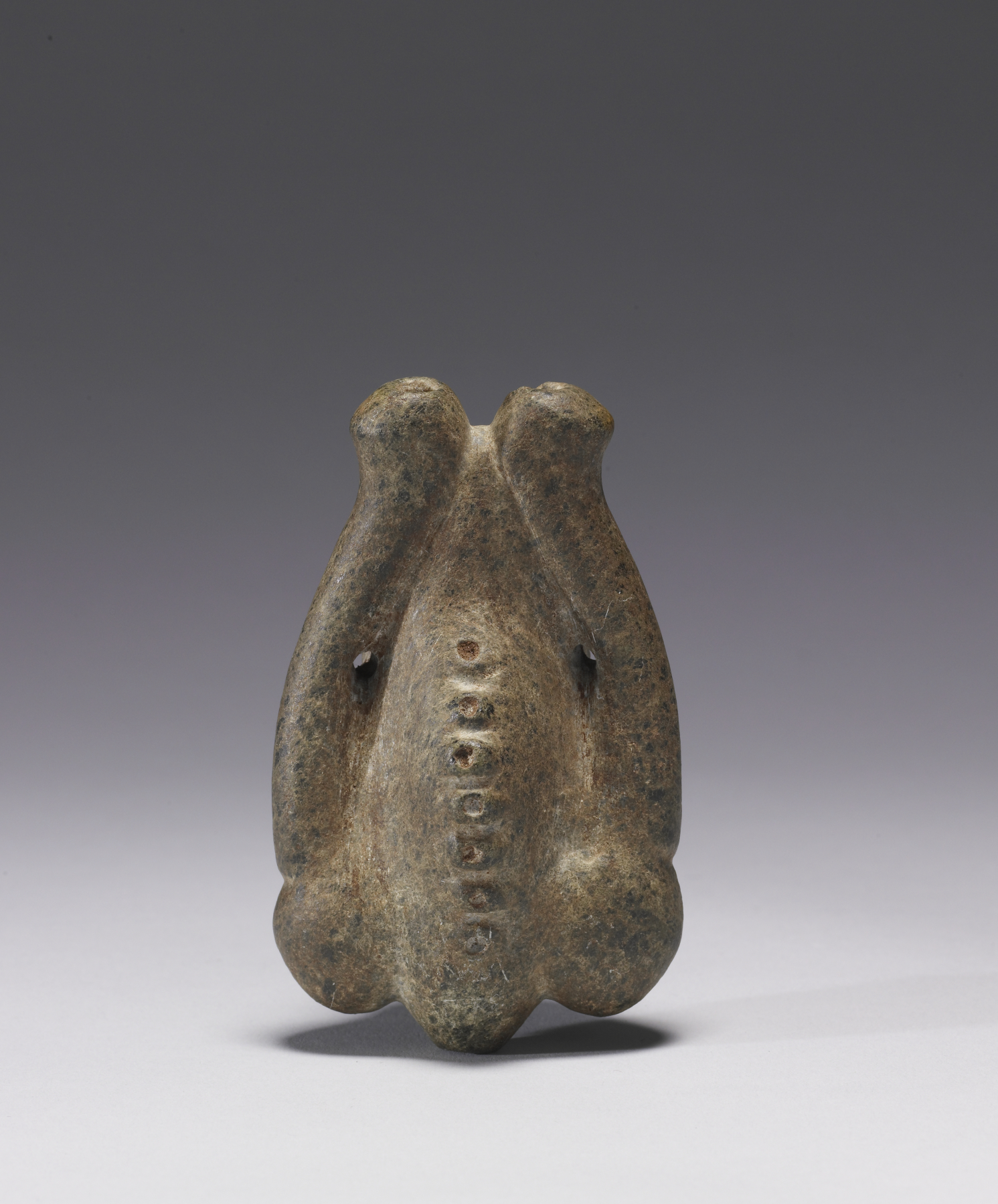 Cohaba Inhaler in the Form of a Shaman

Cohoba, a potent hallucinogen made of ground tree seeds, was the mind-altering substance of choice for Taino "behiques" (shamans). The powder was placed on a special carved pedestal and inhaled through the nose via an inhaler such as this piece. This carved stone example depicts a "behique" in a trace state. In New World tropical environments, death and rebirth are seen to be closely related and in a process of constant cycling. As such, the dead and living worlds are both always proximal- it is the "behique's" special skill and responsibility to mediate these two realms. This dual nature of the "behique's" situation is symbolically expressed in much Taino art through the collusion of fecund and skeletal motifs, such as the genetalia and skeletal back of the "behique" on this Cohoba inhaler. The figure's gaping, empty eye sockets, the grimacing mouth, and the impossibly contorted pose also symbolically mark his heightened state of consciousness, between the otherworld of ancestor and deity spirits and the physical realm of his clients.

The bulbous 'hands' at the top of the piece serve as nostril plugs, prohibiting air from entering at the sides during inhalation. The piece is well suited to use- indentations near the figure's elbows align well with the user's index fingers, while the concave lower back provides a stable place to position the thumbs.