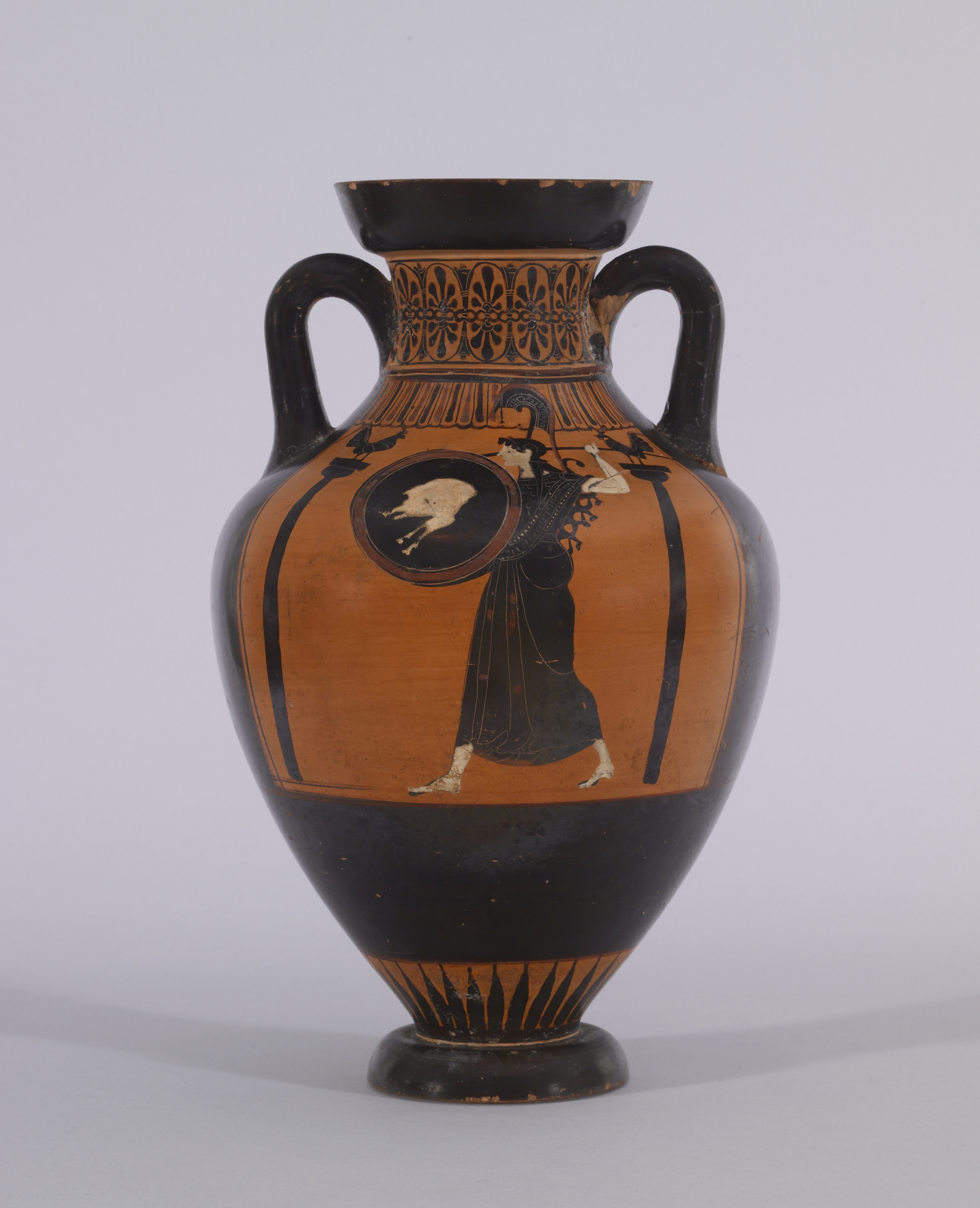 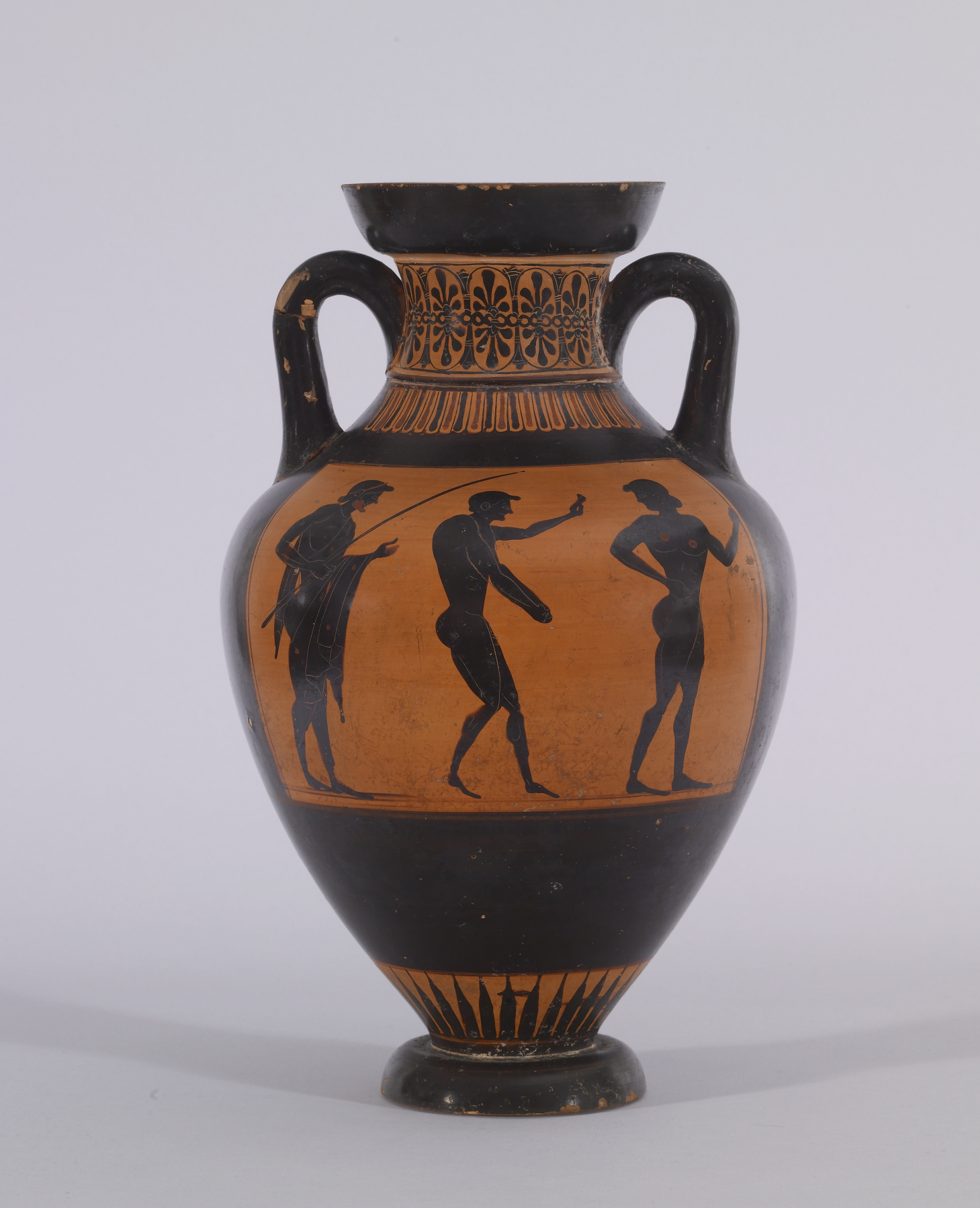 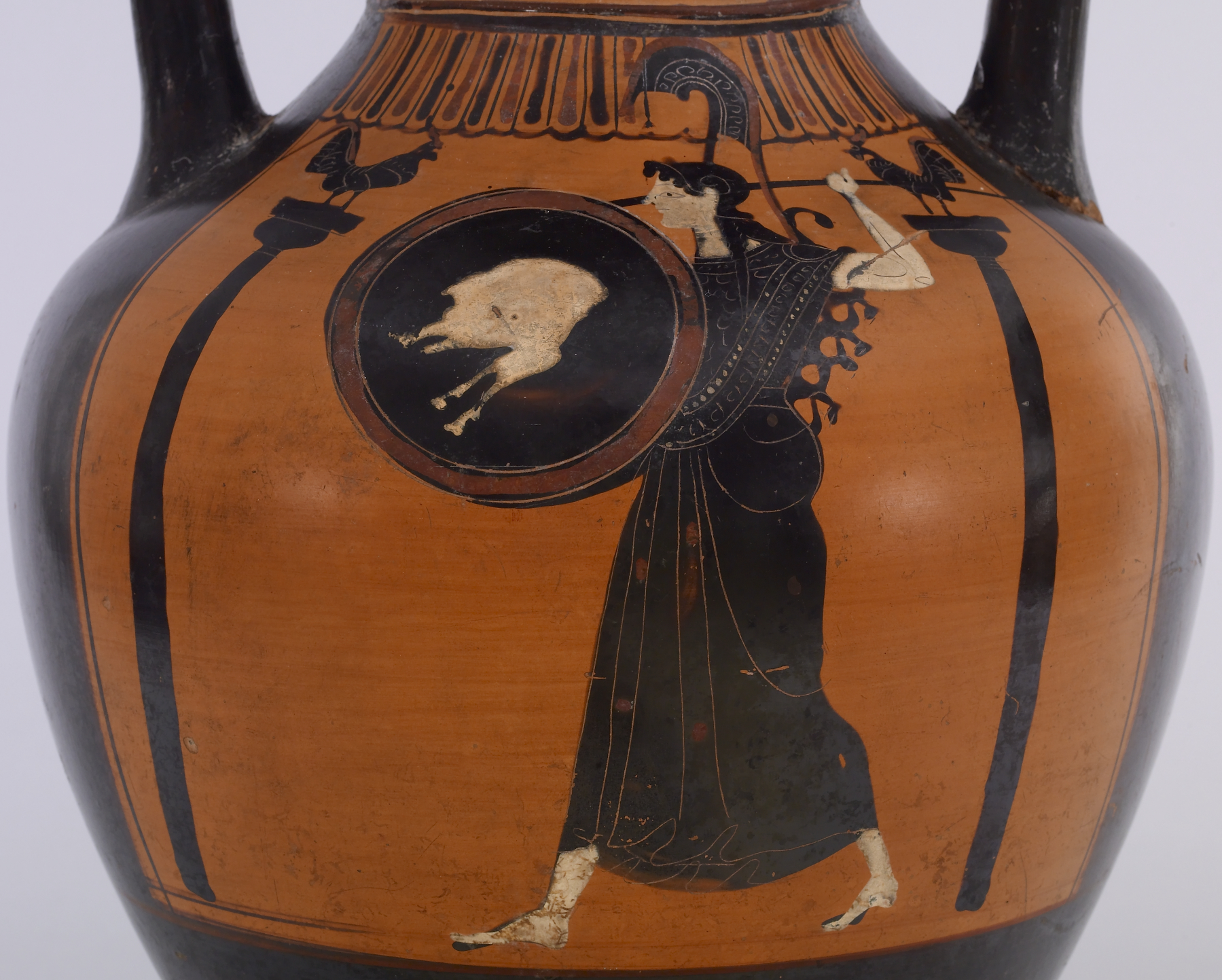 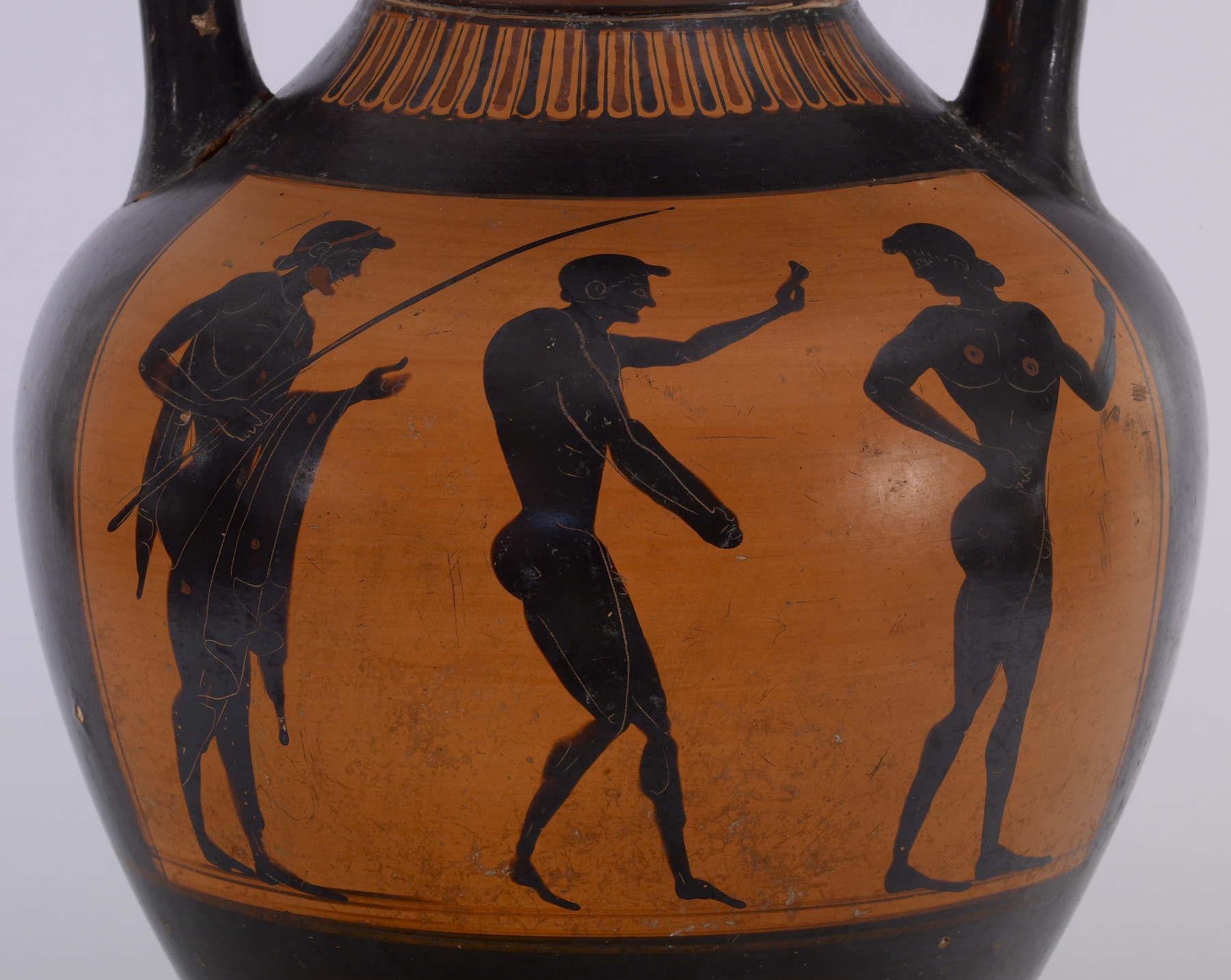 Panathenaic amphorae were prizes given to victors at the Panathenaic ("all-Athens") festival, the great state festival of Athens. It was held every four years much like the Olympic games. The prize amphorae were quite large and contained olive oil, the most valuable part of the award. Smaller versions, such as this one, were produced as commemorative objects.

Each Panathenaic vase depicts a striding, armed Athena on the front. As the city's patron goddess, in whose honor the festival was given, she was thought to preside over the games. The back shows the particular event for which the prize was given. Here, the contest is discus-throwing, and a competitor appears with his trainer (holding a staff) and another athlete. 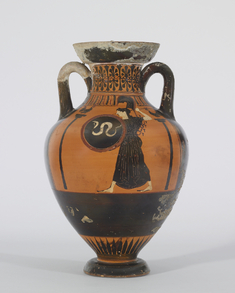