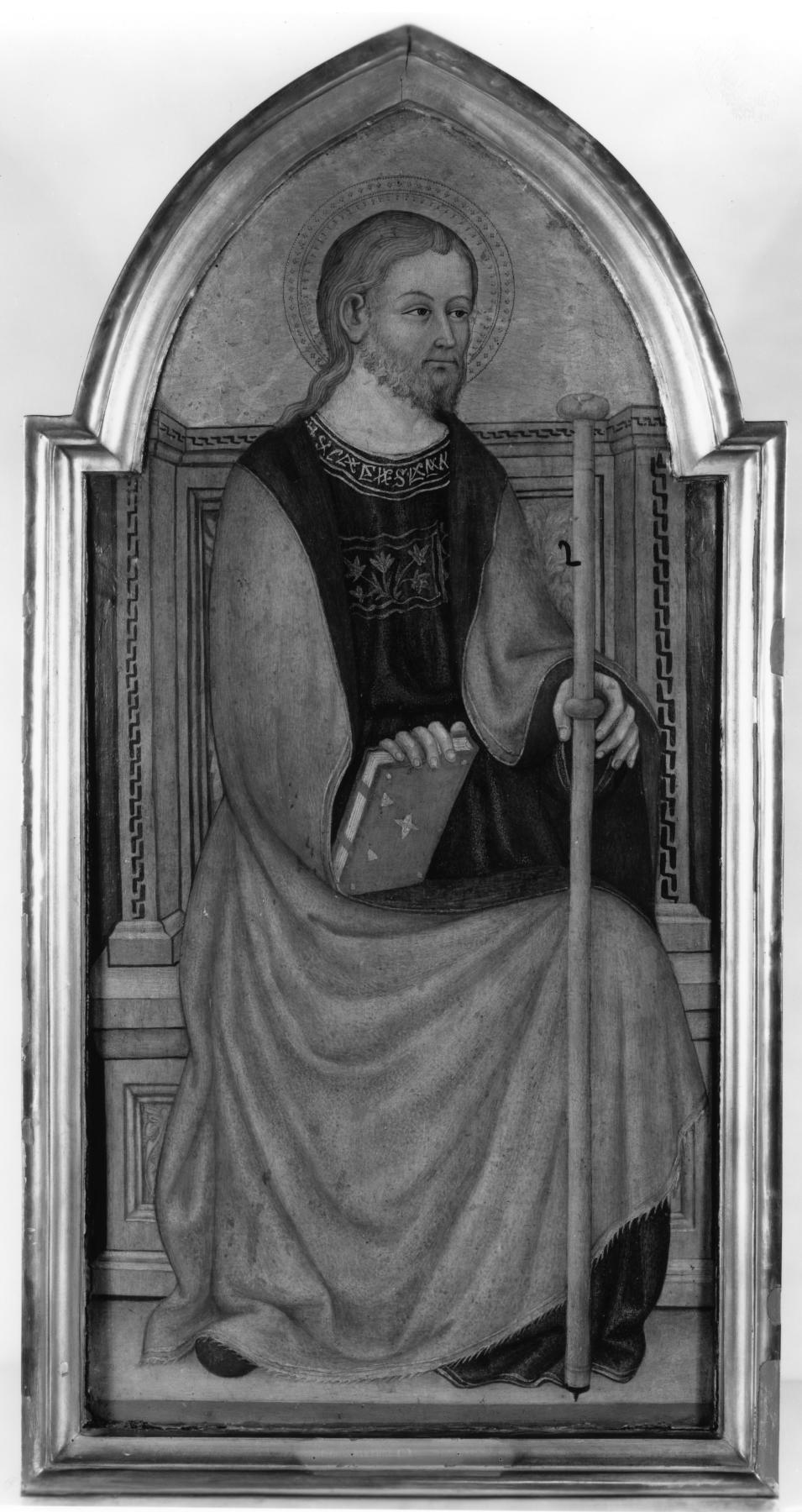 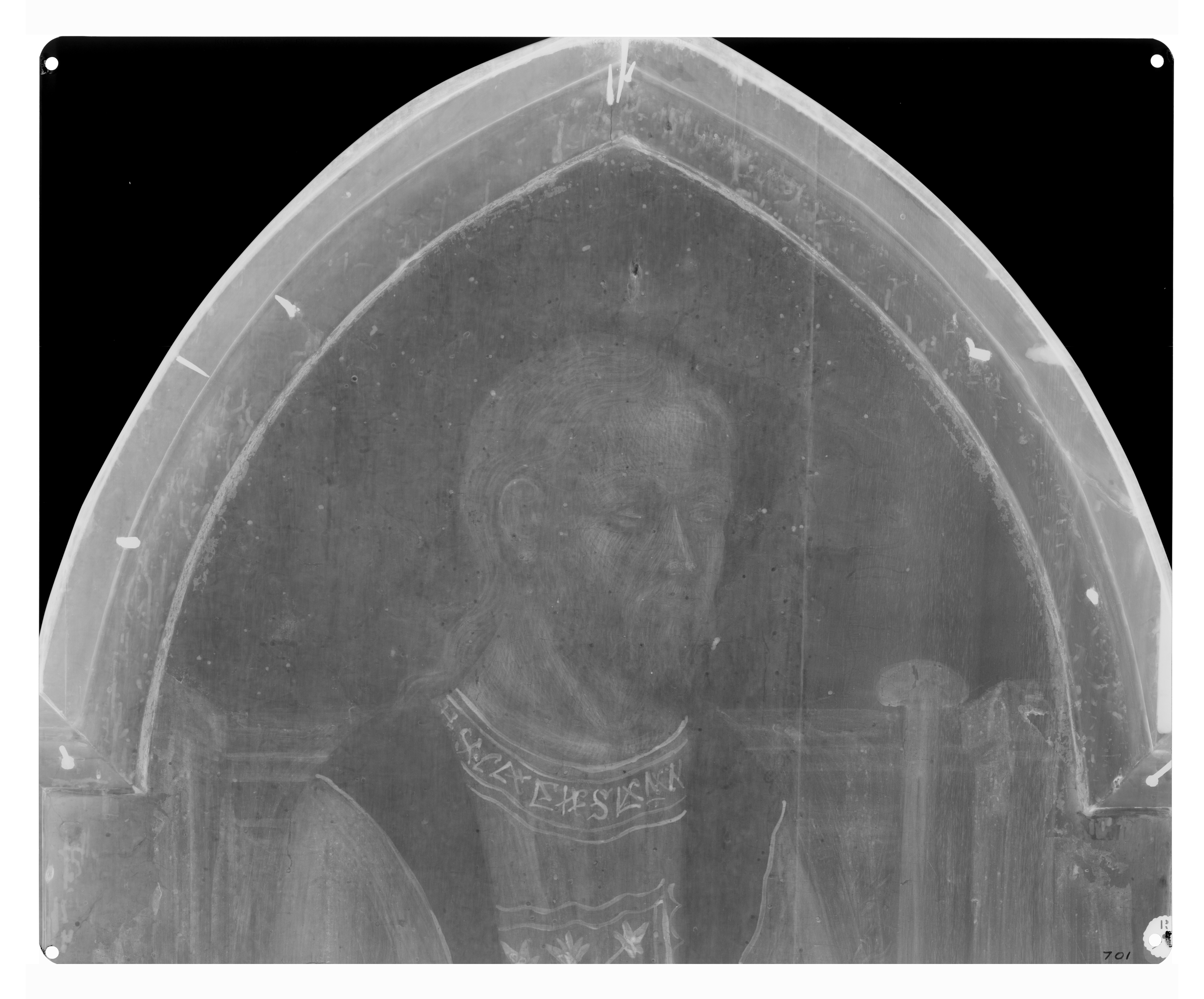 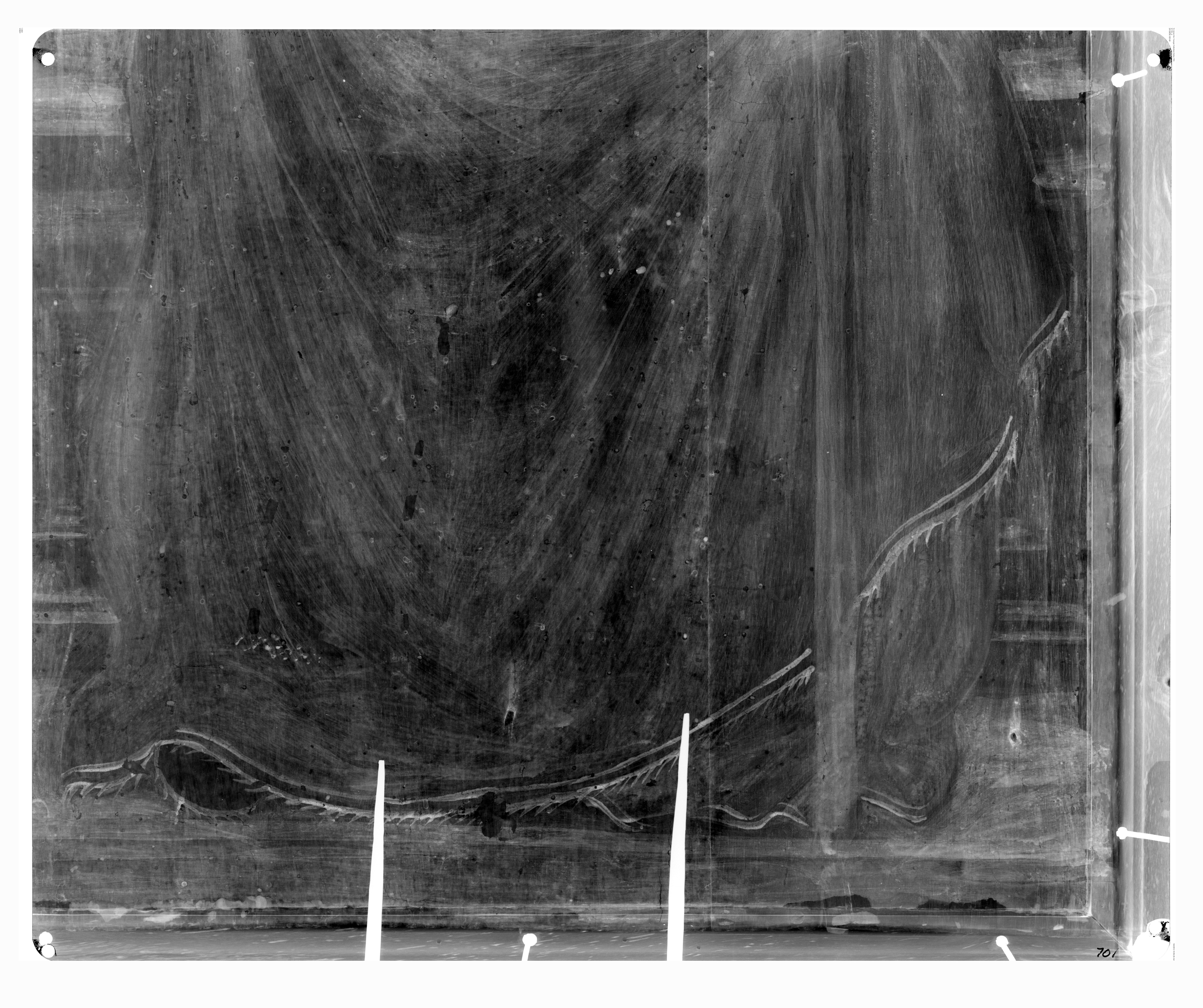 Attributed to the Master of the Ranghiasci Polyptych (Italian, active 2nd quarter of the 15th century) (Painter)
tempera and gold leaf on wood panel
(Renaissance Europe )

This panel, and its companion (37.694) were originally side panels of a large multi-paneled altarpiece, the other compartments of which are now lost or unidentified. It depicts Saint James the Great, brother of Saint John the Divine and cousin of Jesus Christ, holding his typical attributes of a book and a pilgrim’s staff. The latter object is a reference to the famous pilgrimage destination dedicated to James, Santiago de Compstella in Spain.

The artist of this panel is unknown but several paintings have been attributed to him on the basis of their similar style. In 1989 the art historian Filippo Todini named him the "Master of the Ranghiasci Polyptych," after a fragmentary altarpiece formerly in the Ranghiasci Collection in Gubbio. According to Todini, the artist was active in the central Italian region of Umbria in the first half of the 15th century. Earlier scholars, however, connected to the paintings to the neighboring region of the Marches. 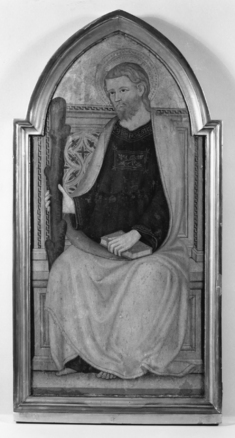 Attributed to the Master of the Ranghiasci Polyptych (Italian, active 2nd quarter of the 15th century)
view details
modal close