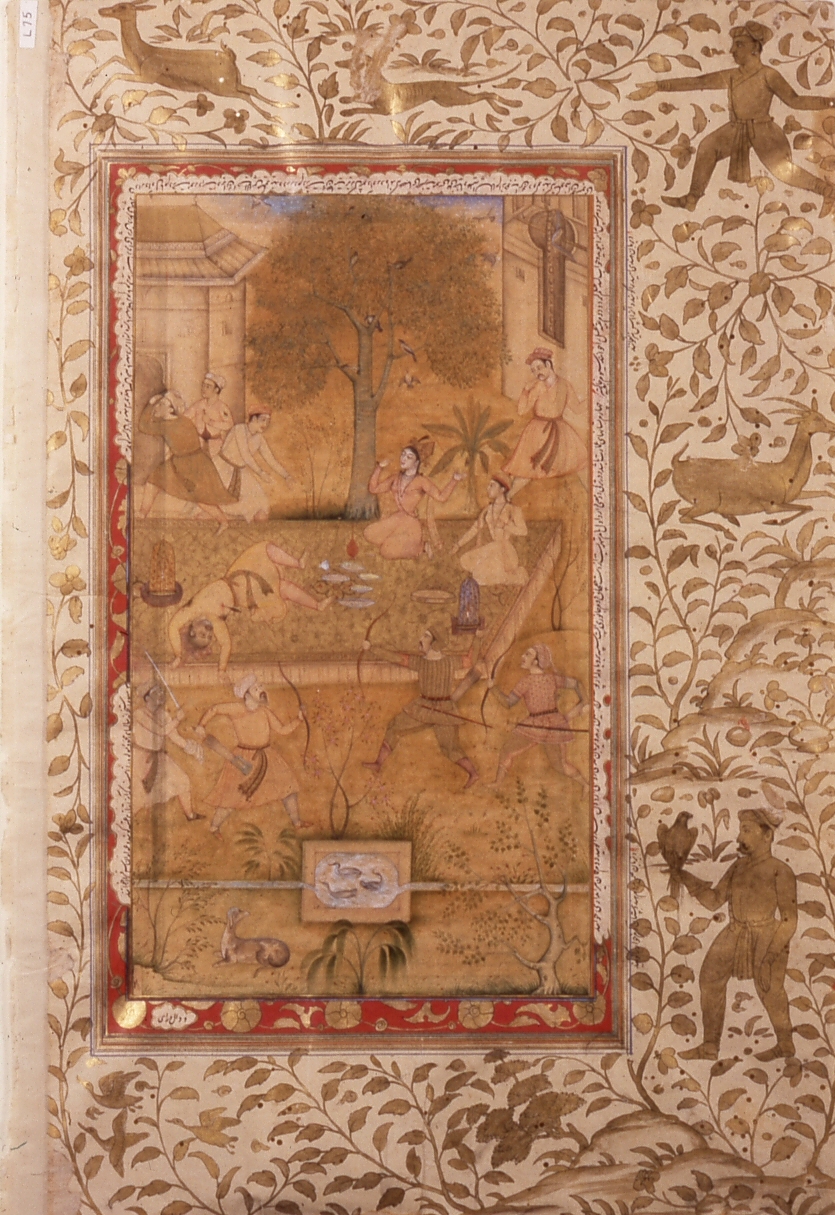 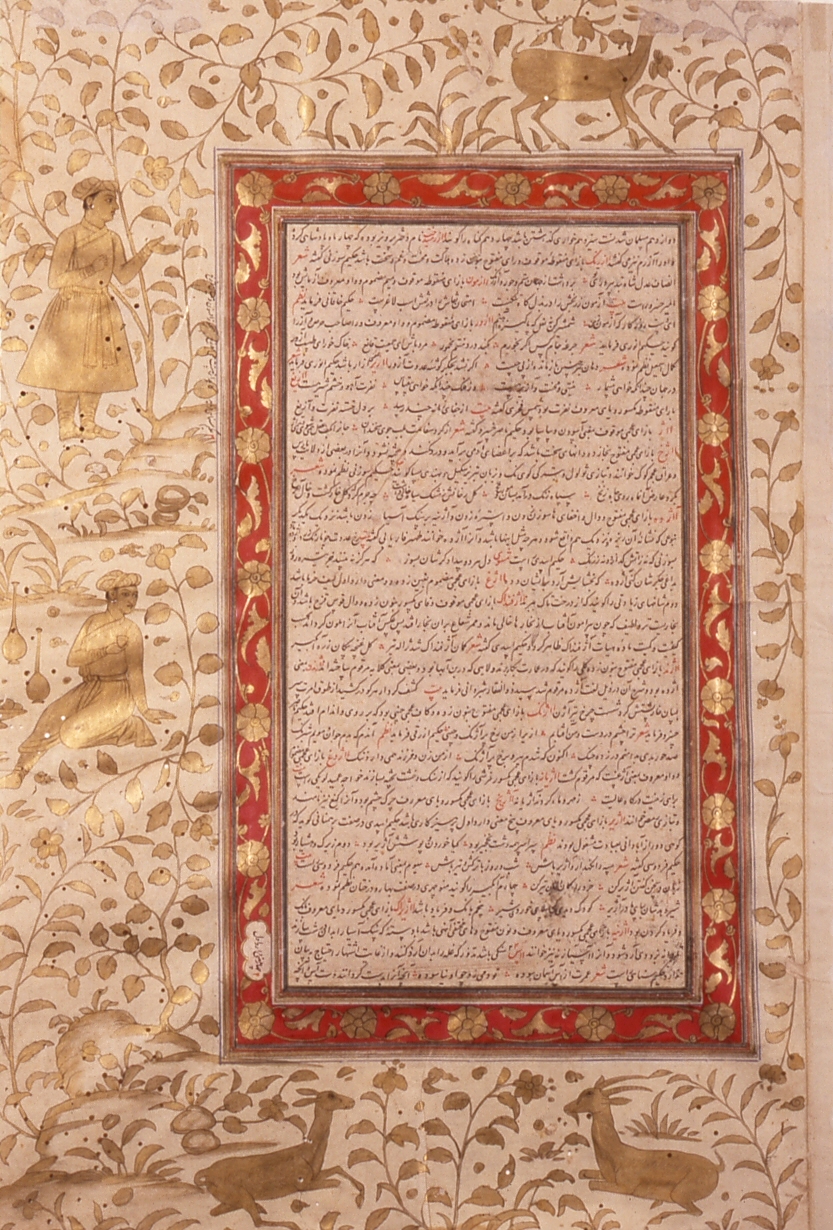 This scene depicts a fatal quarrel described in the "Akbarnama" (a biography of the Mughal emperor Akbar, r. 1556–1605) by the court historian Abu’l Fazl ibn Mubarak (1551–1602). Note the men holding and shooting arrows from their bows as the main female protagonist raises her arms in alarm and protest.

The "Akbarnama" is written in Persian, the official language of the Mughal court, and is divided into three volumes. The first two volumes describe Akbar’s genealogy and record royal events, as depicted here. The third volume contains geographic and ethnographic descriptions of India as well as a wealth of information on such subjects as the Mughal government, the royal workshops, and Hindu philosophy. Abu’l Fazl is known to have read sections of the biography aloud to Akbar for final approval. 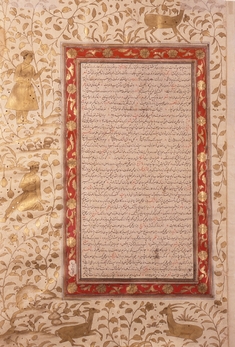 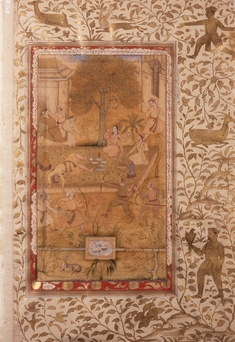 A Fatal Quarrel Over a Prostitute