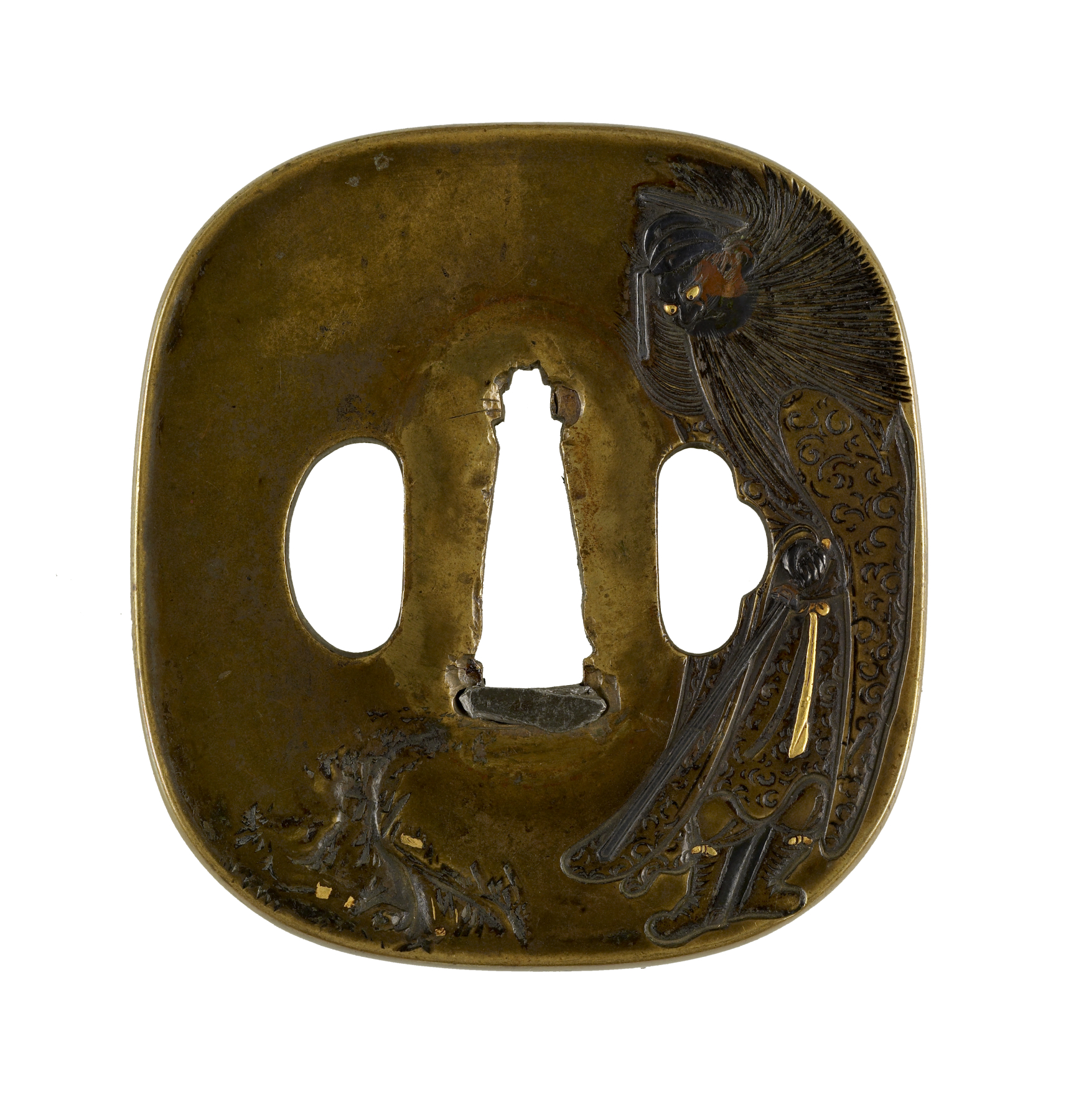 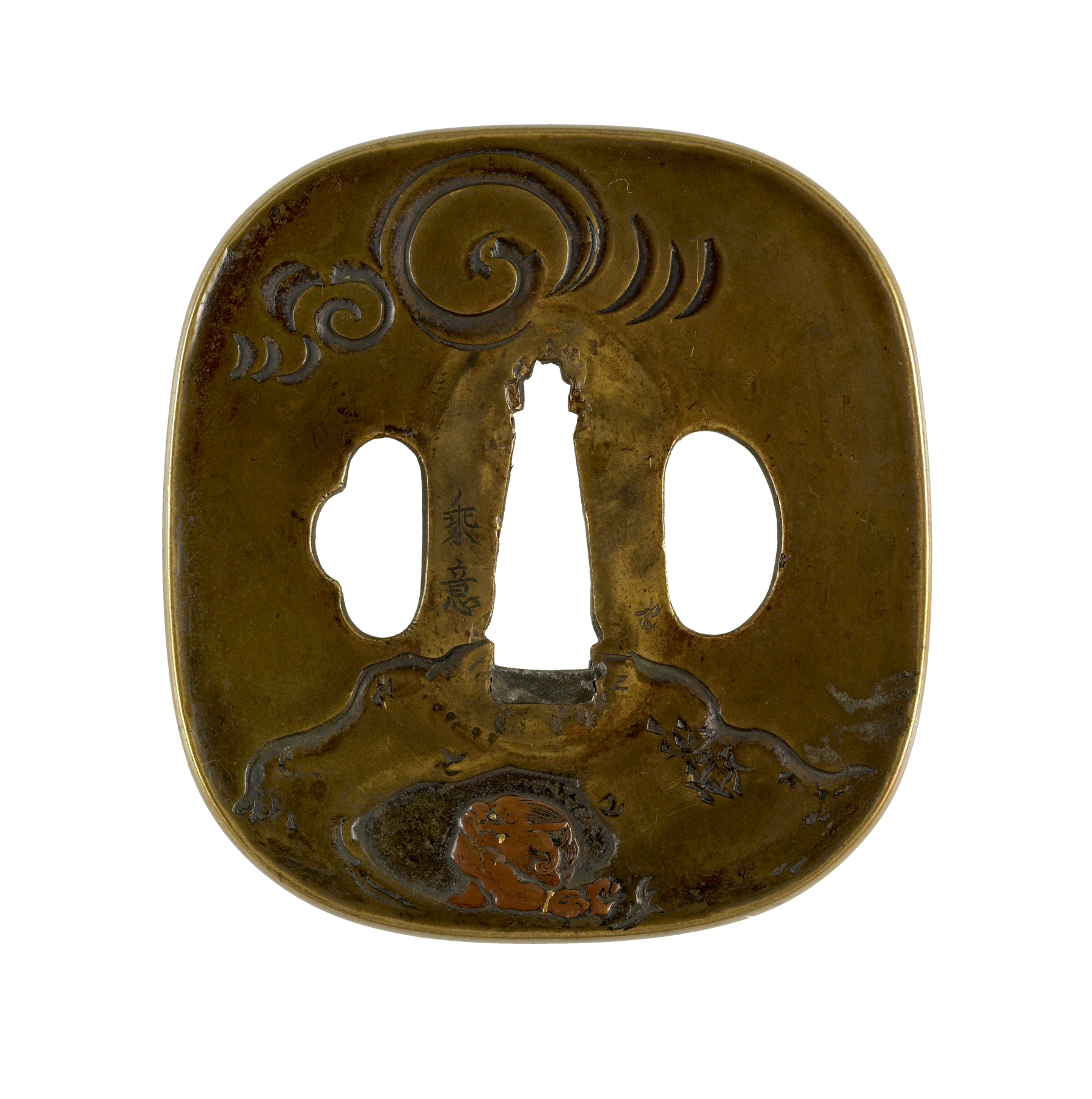 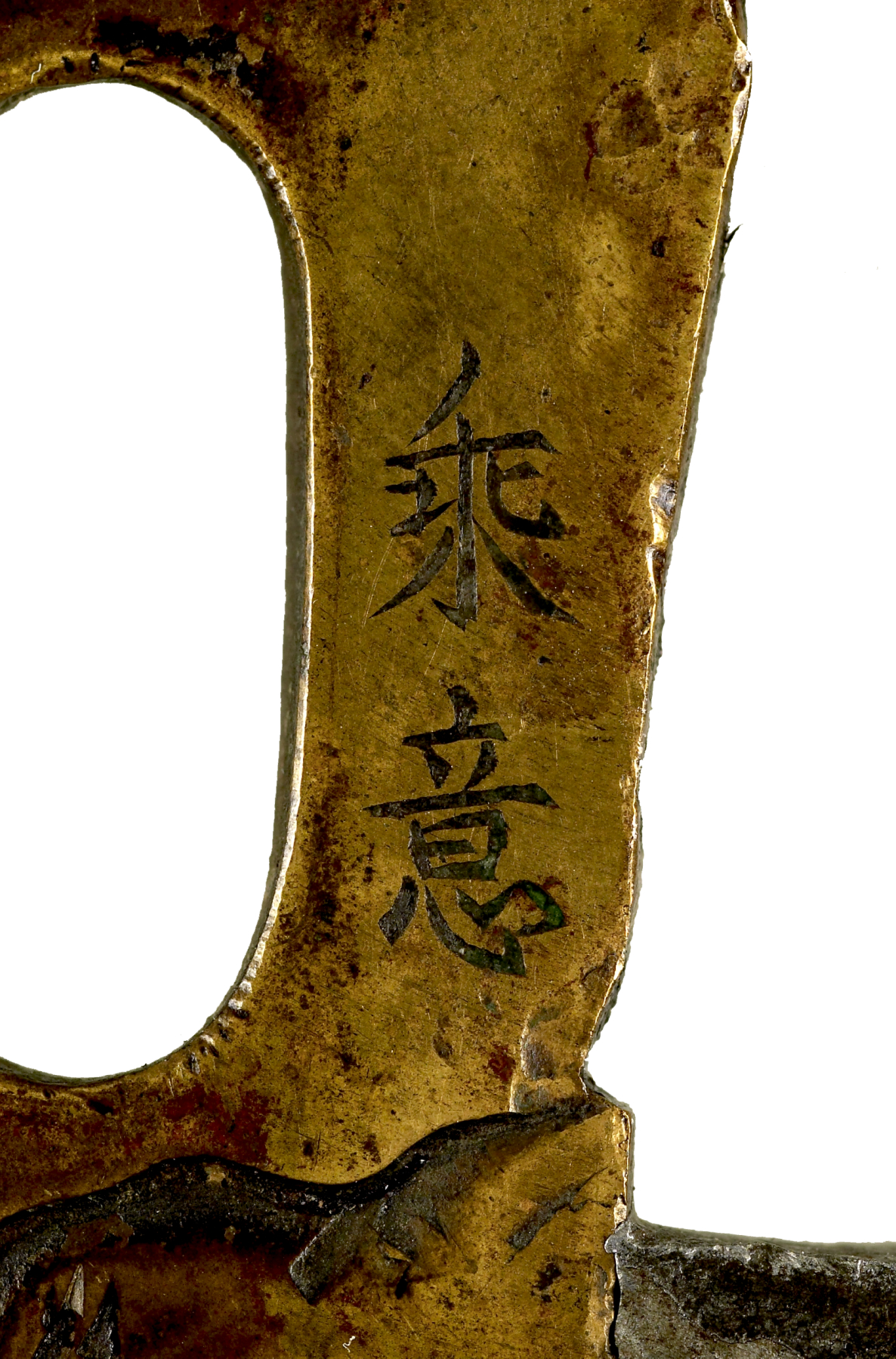 This tsuba shows Shôki the Demon Queller, who is recognizable by his flowing beard. The legend of Shôki originated in China. Shôki was an aspiring scholar in China who committed suicide when he failed the examinations to become a government official. The emperor, when he realized the degree of Shôki's commitment to service, awarded him the title of doctor. Shôki then appeared to the emperor in a dream where he vowed to protect the empire from demons to show his gratitude. A demon appears at the bottom of the reverse side of the tsuba.