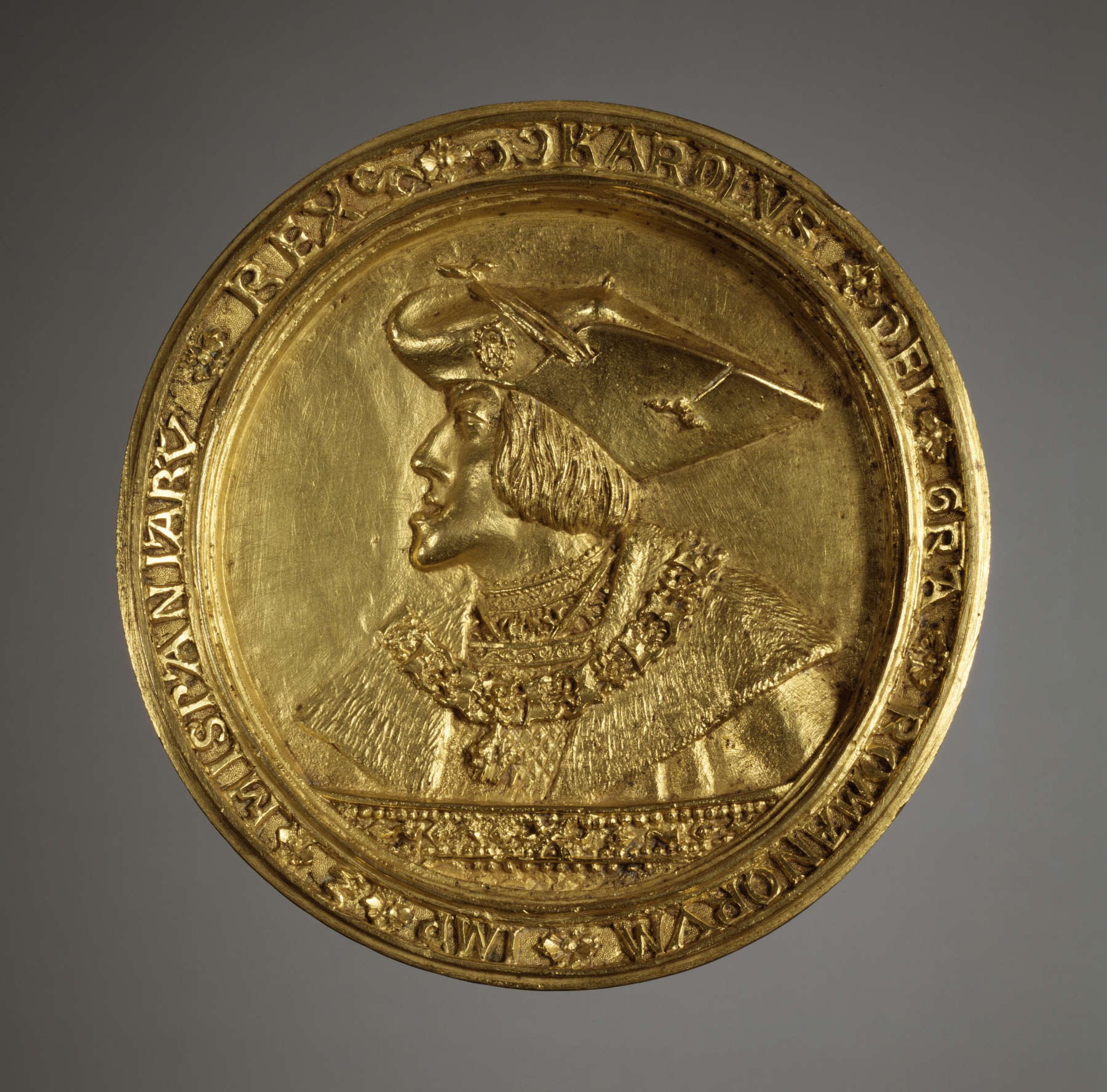 Adopting the format of Roman coins with portraits of emperors in stern profile introduces the same implicit promise (and threat) of the firm exercise of power. By 1500, interest in Roman coins had spread from Italy to Germany. Gilding lends preciousness and catches the light, bringing out detailing. This medallion was likely made by Hans Schwarz in 1521 for Charles V (1500-1558), newly crowned Holy Roman Emperor, for his first trip to Germany, the traditional core of the empire. Charles was born in the Netherlands and raised there and in Spain and needed the support of the powerful German princes. Commissioning forceful portraits like this one as gifts for them contributed to their perception of his power.