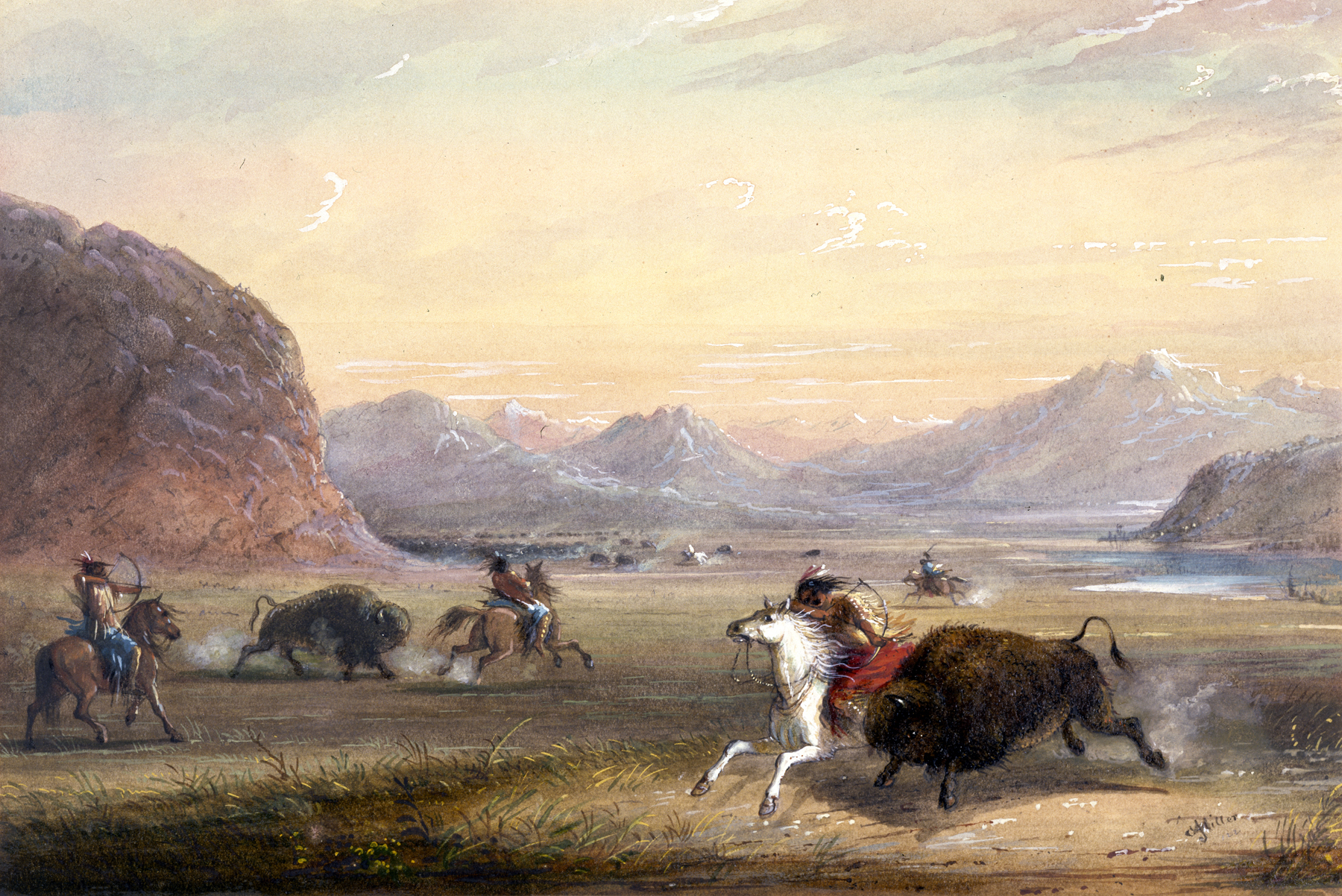 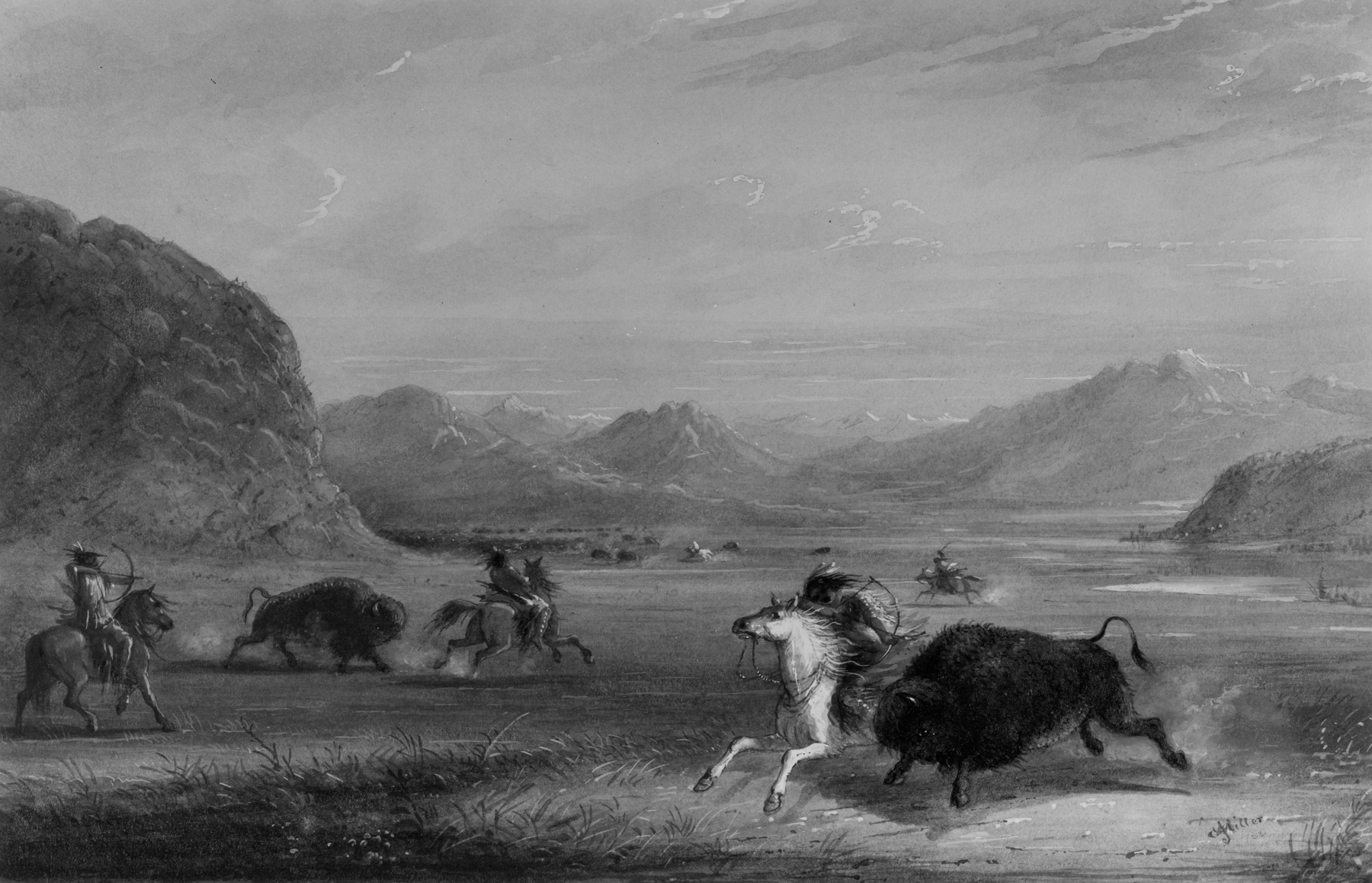 "In the immediate foreground of the sketch an Indian is running a bull-buffalo;- in the middle distance on the prairie is one at bay;- a hunter is provoking and tantalizing him by feints:- he does not precisely wish to lose his life, but merely to see how closely he can go without doing so. The great mass of buffalo pursued by other hunters are making good their escape through a distant defile, while in the extreme distance, the lofty peaks of the Sweet Water Mountains closes in the scene. Where one party of hunters are successful, and another less fortunate, they devide the spoils equally, in the most chivalric manner; the motto in vogue is, 'We must help one another,' and we believe this is universal - at least among the whites." A.J. Miller, extracted from "The West of Alfred Jacob Miller" (1837).