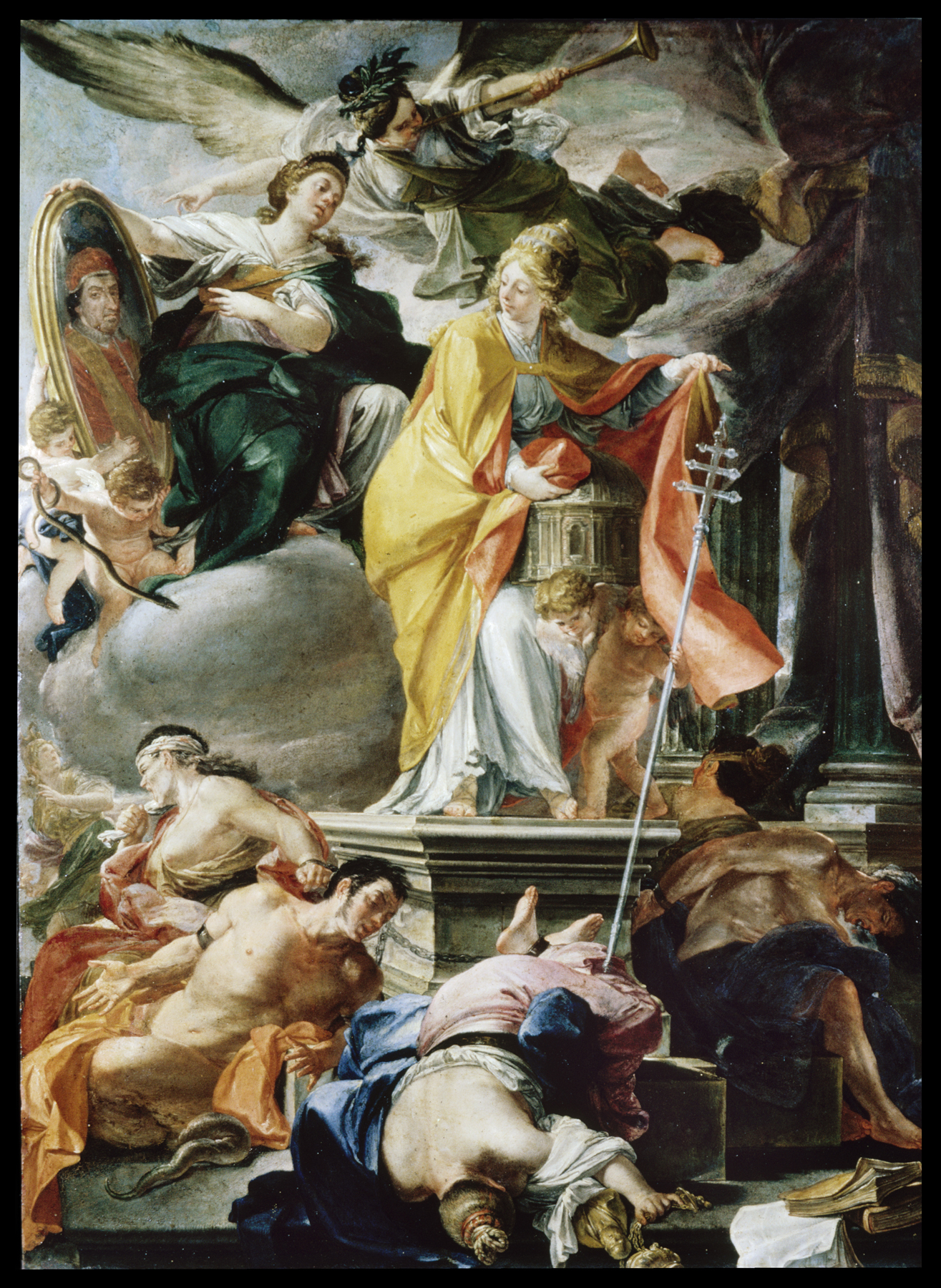 Allegory of the Papacy of Clement XI

In this allegory, various symbolic motifs are brought together to express Clement XI's papacy (r. 1700-1721) as an abstract concept. The standing woman at center wearing the papal tiara is holding her cape in a protective manner over a little temple supported by angels. She may by an allegory of Religion protecting the Roman Church. To the base, on which she stands like a column, are chained different agonized figures symbolizing vices, an allusion to Protestants and Muslims. Above, Fame blows her horn while pointing to a portrait of the pontiff. The allegory as a whole is a portrait or a mirror of the pope and his virtues.