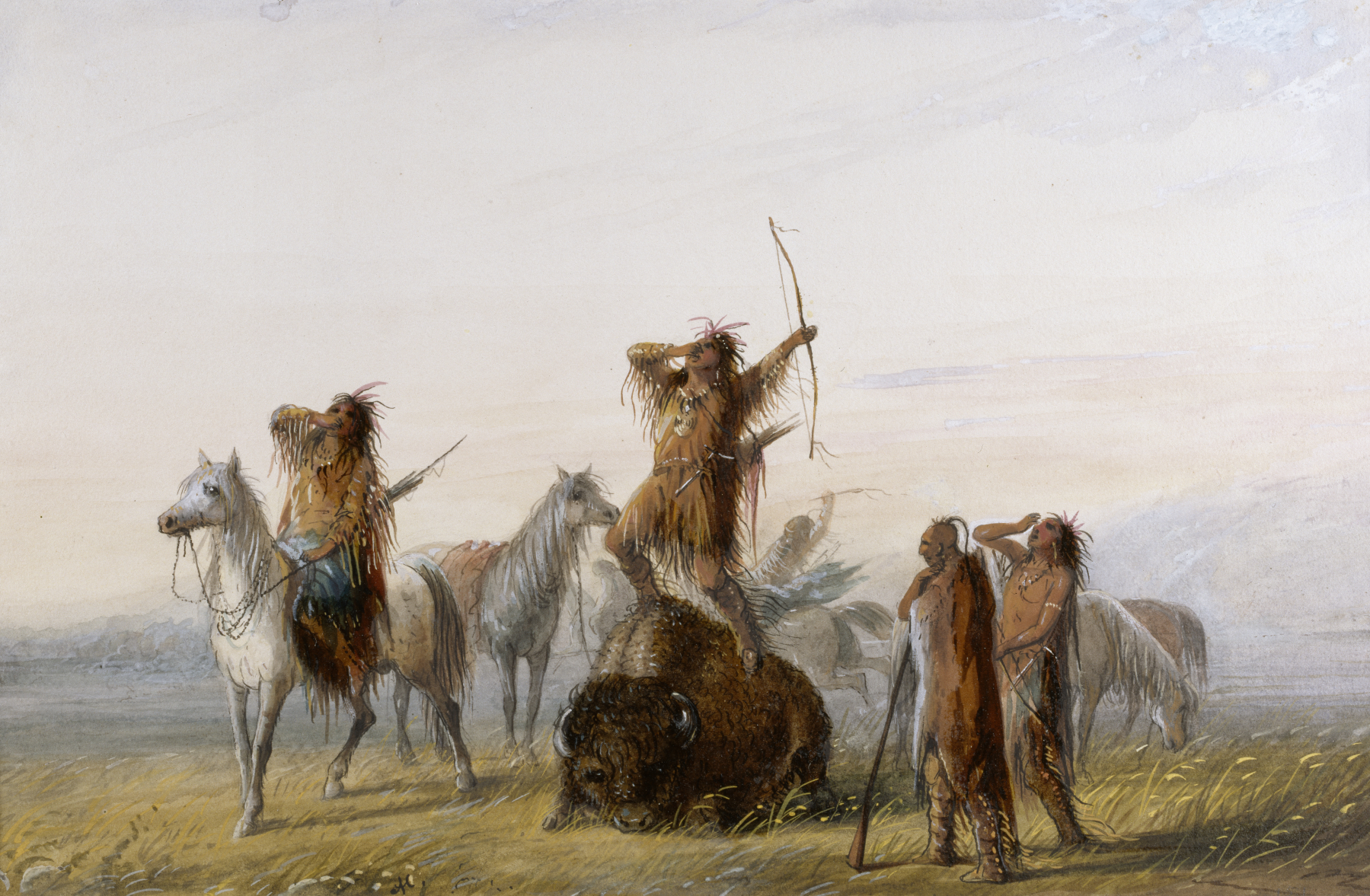 The hunters have brought down the buffalo, Miller noted, "and one has mounted the back of the animal to join in an Indian yell and song;- partly as a species of requiem to the Buffalo for the game quality he has exhibited, but mainly as an act of self glorification for giving the "coup de grace" to the bull.

"The Indian hunters in selecting a buffalo from the herd for themselves are generally much more influenced by the luxuriant coat of hair he wears, in reference to making a robe, than tenderness of beef for roasting purposes. The party here have secured an animal whose hide will make a first class robe. Placing him on his haunches in an upright position the conquerer is mounting the animal in full war dress and in his exultation sounds the key note for a 'Yell of Triumph' in which all join. No description can give an idea of this wild ear piercing manifestation, it is something unearthly serving at the same time as a boast for the visitors and requiem for the buffalo.

"After tanning one side of the robe in which they are experts they often paint on it reminiscences of battle scenes in most brilliant colors, thereby commanding a premium at the agency of the Fur Company... In fact is is indispensable in many domestic purposes among themselves, clothing them in winter and forming the most comfortable couches for repose."