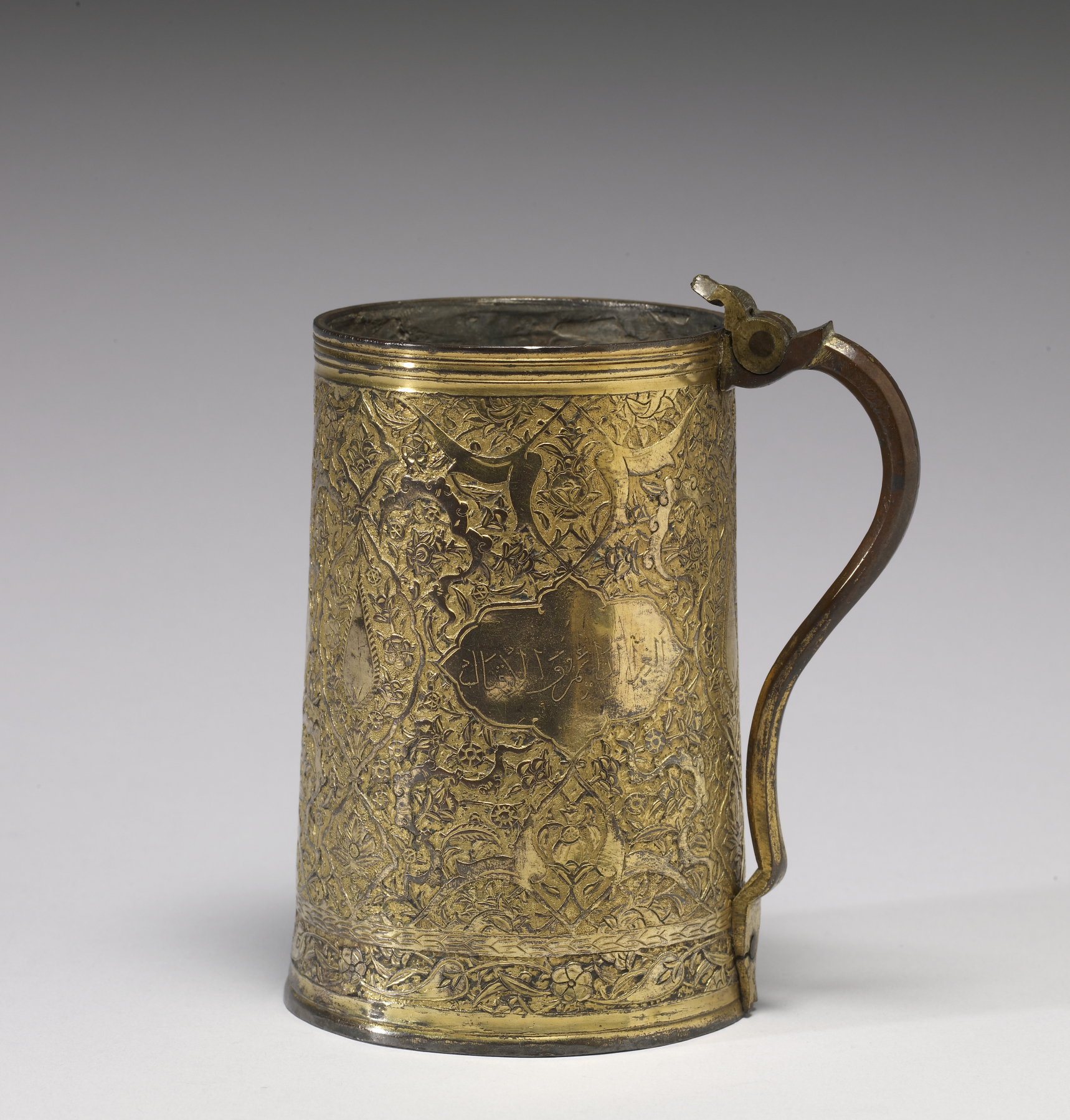 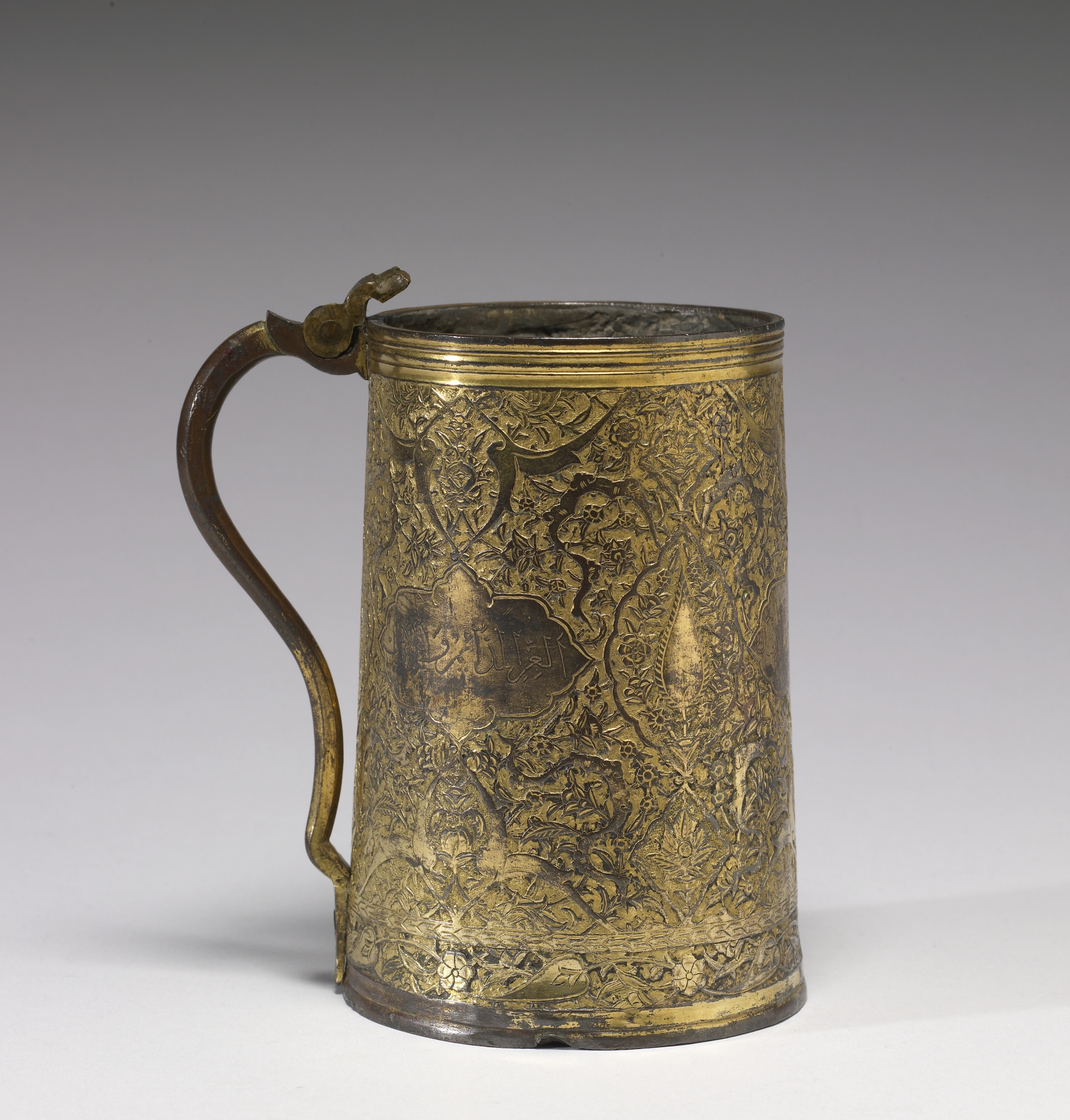 This drinking vessel most likely derives its form from European mugs. It may have been used for "boza," a milky beverage made from fermented millet. The broken hinge at the top of the handle shows that it once had a lid. An inscription within the ornamental design wishes the owner "everlasting glory and prosperity." Such benedictions are common on Islamic metalwork and first appeared during the 11th century.