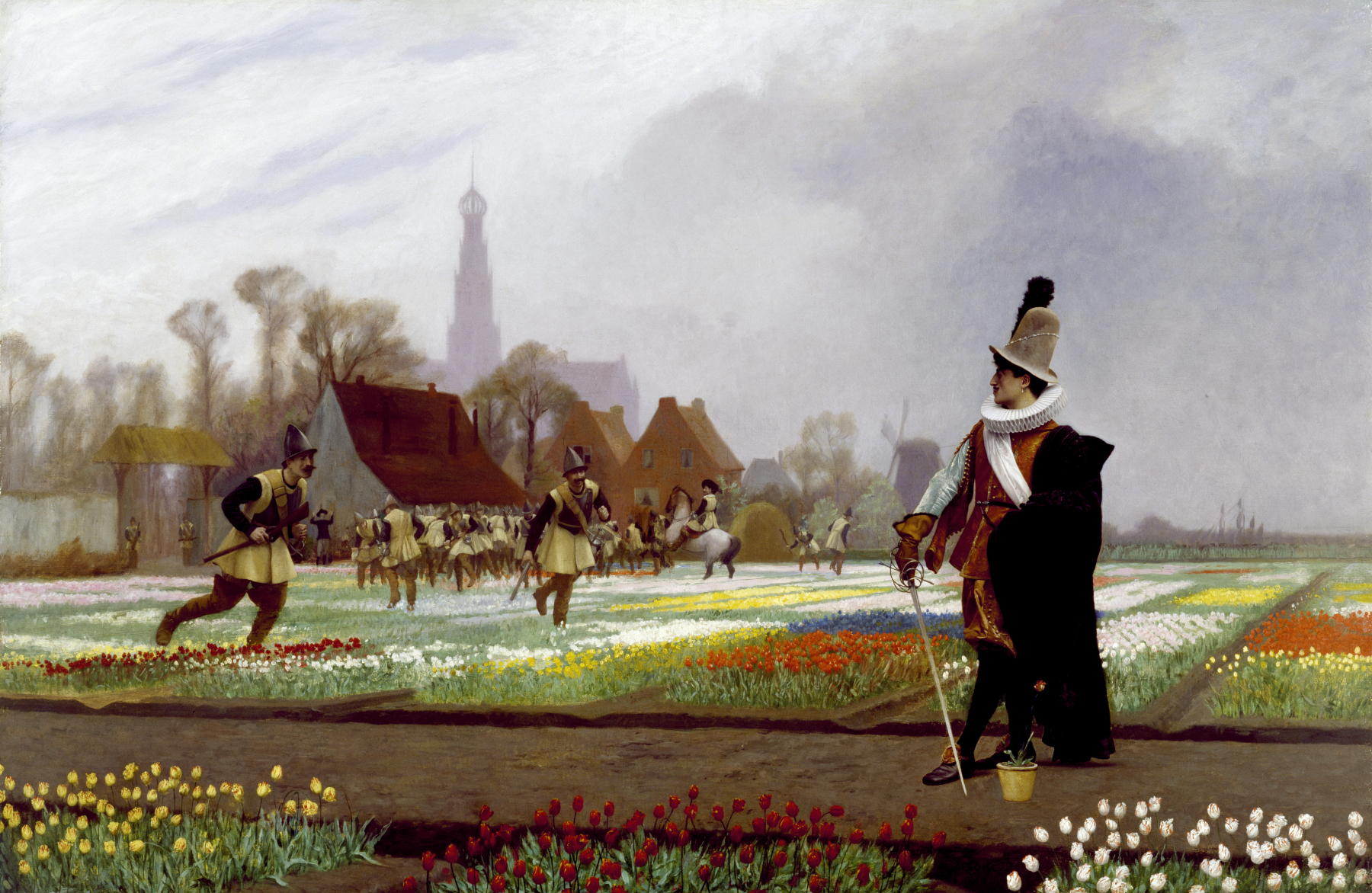 Gérôme illustrates an incident during the "tulipomania," or the craze for tulips, that swept the Netherlands and much of Europe during the 17th century. The tulip, originally imported from Turkey in the 16th century, became an increasingly valuable commodity. By 1636/7, tulipomania peaked, and, when the market crashed, speculators were left with as little as 5 percent of their original investments. In this scene, a nobleman guards an exceptional bloom as soldiers trample flowerbeds in a vain attempt to stabilize the tulip market by limiting the supply. 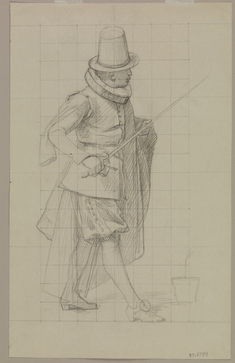 Study for "The Tulip Folly" 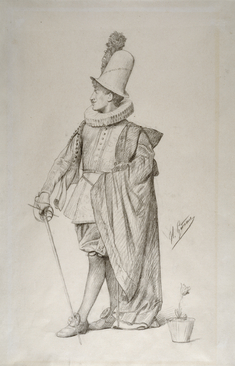