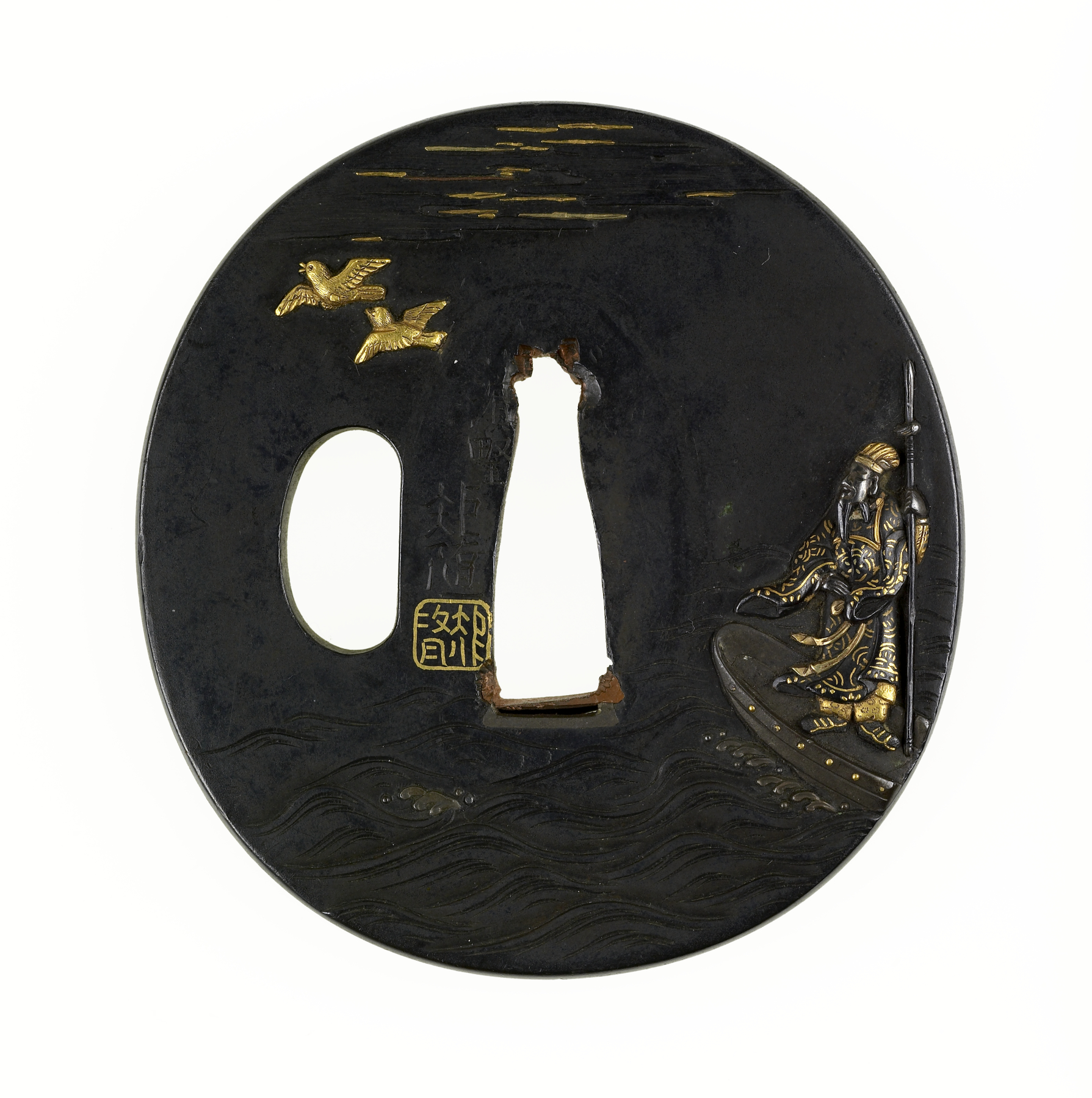 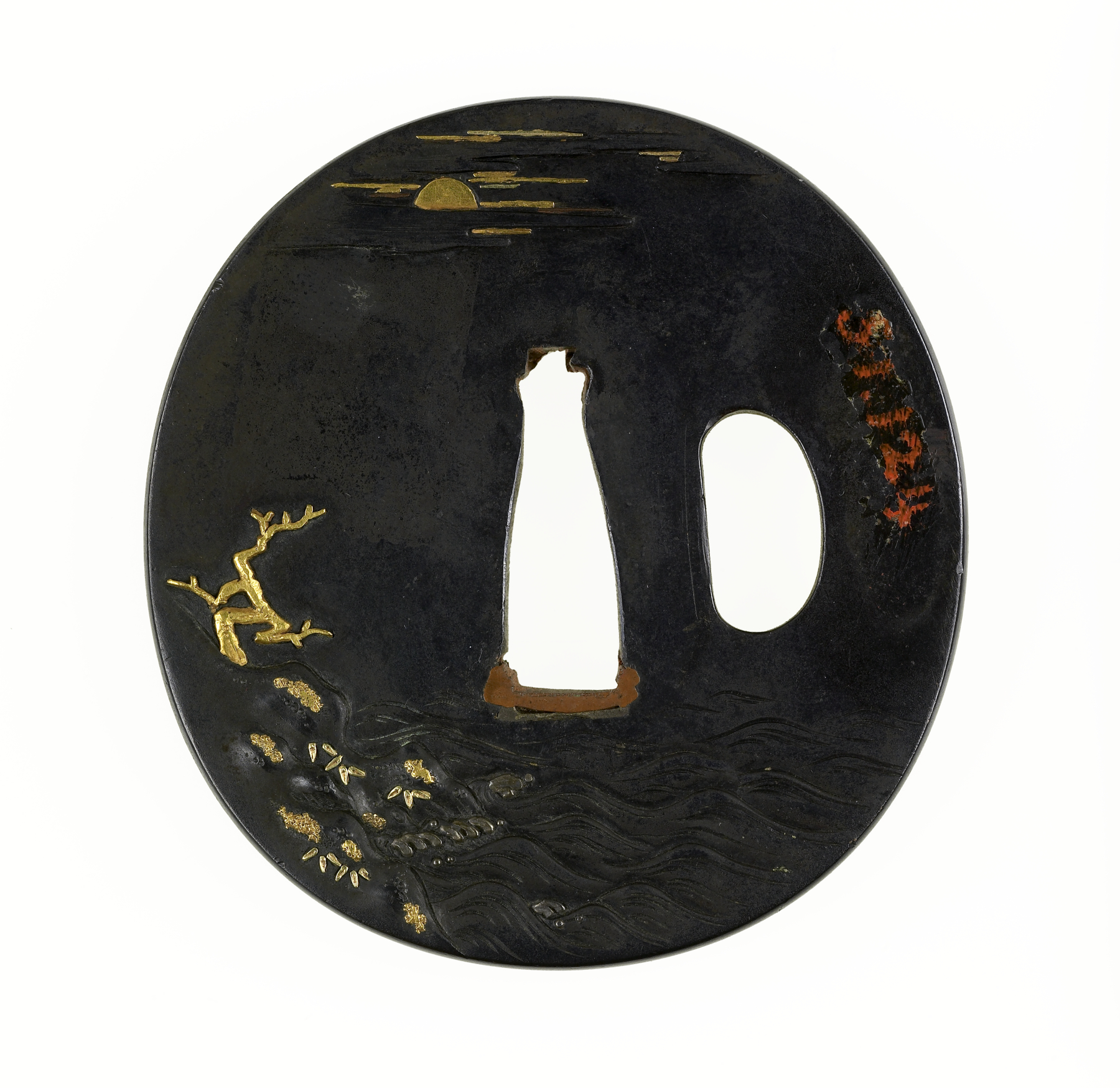 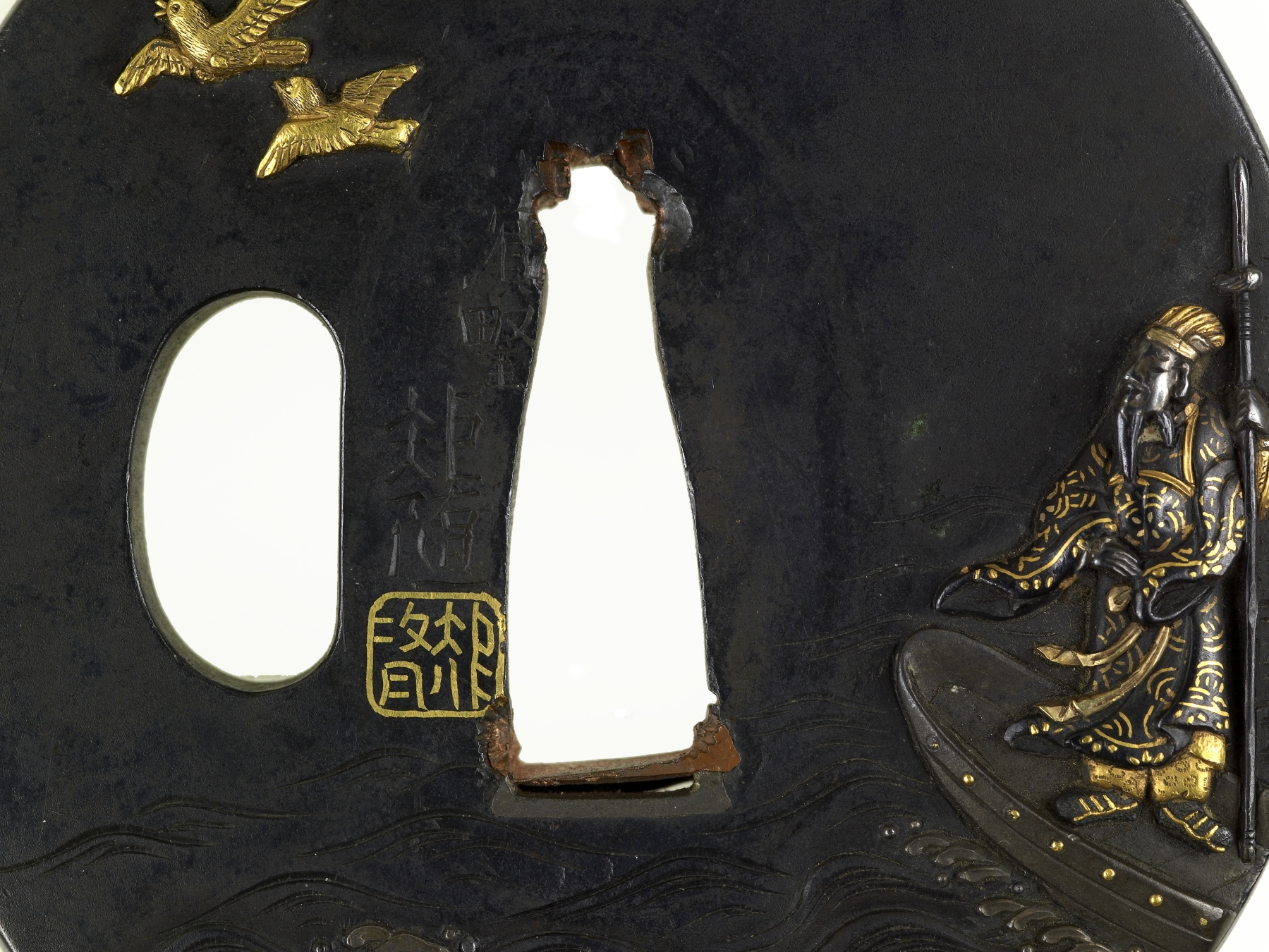 Tsuba with the Chinese General Soso

The Chinese Three Kingdoms general Soso (Ch. Tsao Tsao) is shown on his boat crossing the Yangtze River. Under a full moon, he stood before his soldiers with a spear in his hands and declared that they would be victorious at the coming battle. After he spoke, two crows flew overhead. They are shown here in the upper left. Crows are an sign of disaster. Soso composed a poem about crows in an attempt to hide the bad omen, but was defeated in his battle. The reverse shows waves on the shore under a full moon.