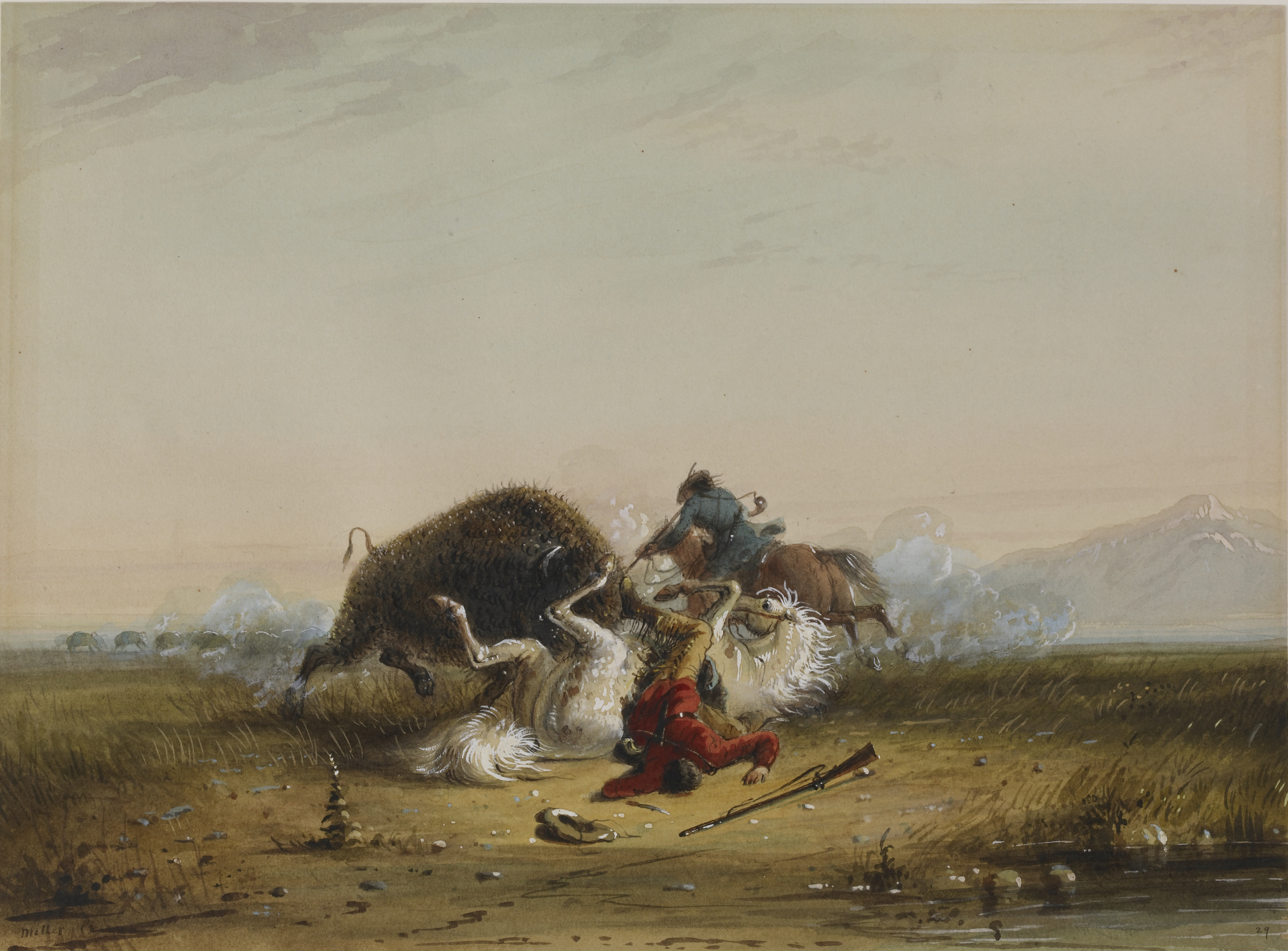 Pierre and the Buffalo

Pierre, one of Alfred Jacob Miller's subjects, had several hazardous encounters on the trail- almost drowning, his horse being gored by a buffalo- before he was killed by a wounded buffalo. The incident depicted did not cost Pierre his life but was one in which he could have easily been killed. Miller painted several versions of this scene, including one from another angle.

"His usual practice in hunting the Buffalo was, as he expressed it, to have 'lots of fun'; for this purpose after wounding the animal, he would commence tantalizing him either by displaying a red cloth, or in default of this, running at him suddenly, whooping & causing the animal to chse him in rage and agony. A Buffalo when wounded fights to the last and dies game;- incidents were not rare in which he would receive 12 Balls before falling;- dashing into a stream, if any was near, to cool his blood occasionally. The Indians admire and reverence this brave spirit in the animal." A.J. Miller, extracted from "The West of Alfred Jacob Miller" (1837).