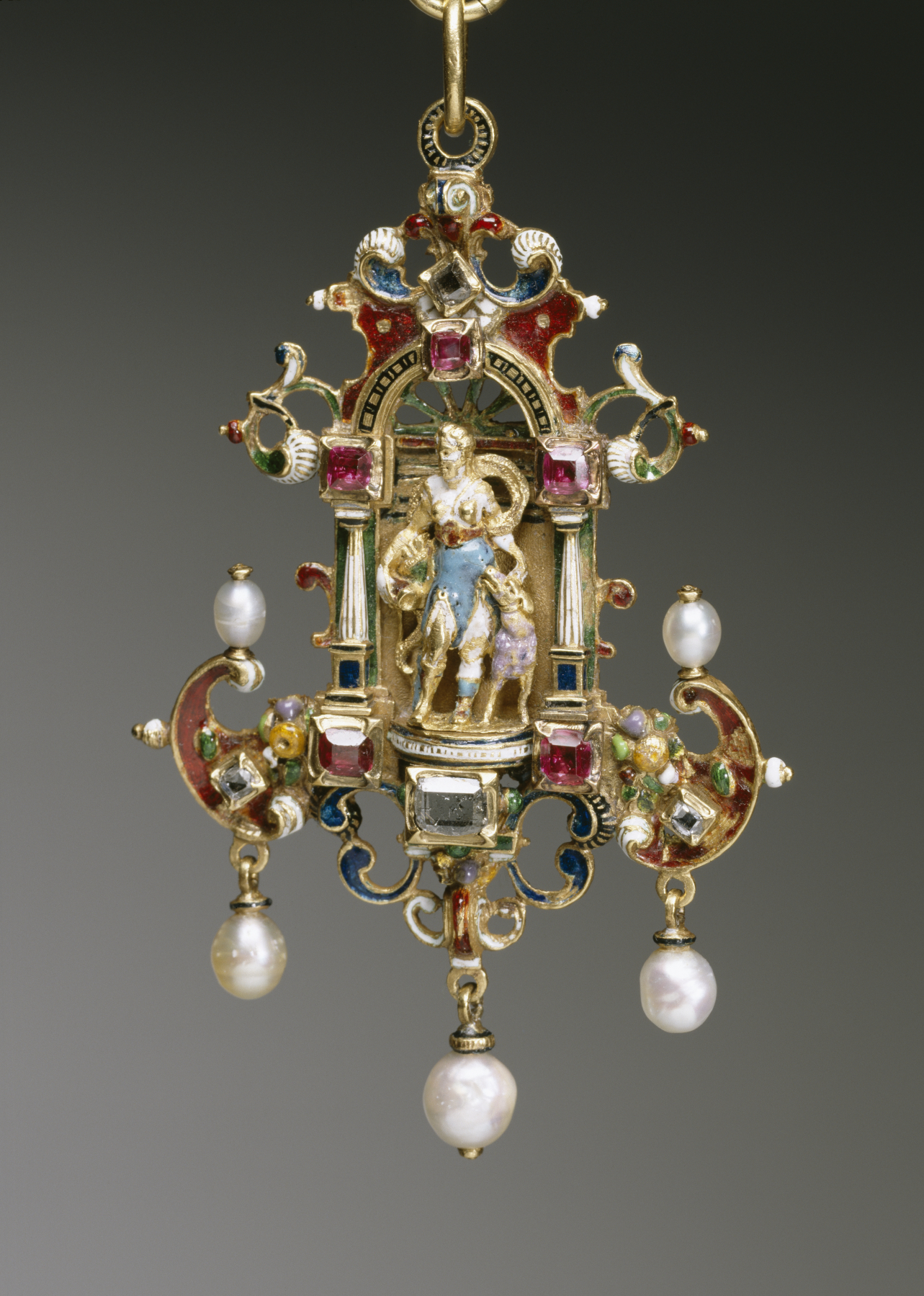 Pendant with the Goddess Diana

In addition to religious motifs, Renaissance pendants often presented mythological or genre subjects. This example shows Diana, the Roman goddess of the hunt, accompanied by a dog and carrying her bow, quiver, and a horn. Analysis of the enamels confirmed a 16th-century date for the figural group; however, the enameling on the mount proved to be of a later date. As the design of the whole piece is typical of pendants designed by Hans Collaert (Flemish, before 1555-1609), which set a central figure within an elaborate frame of upturned, curvilinear details, it is possible that the later elements on the mount are restorations made due to damage to the original enamel, which chips easily.