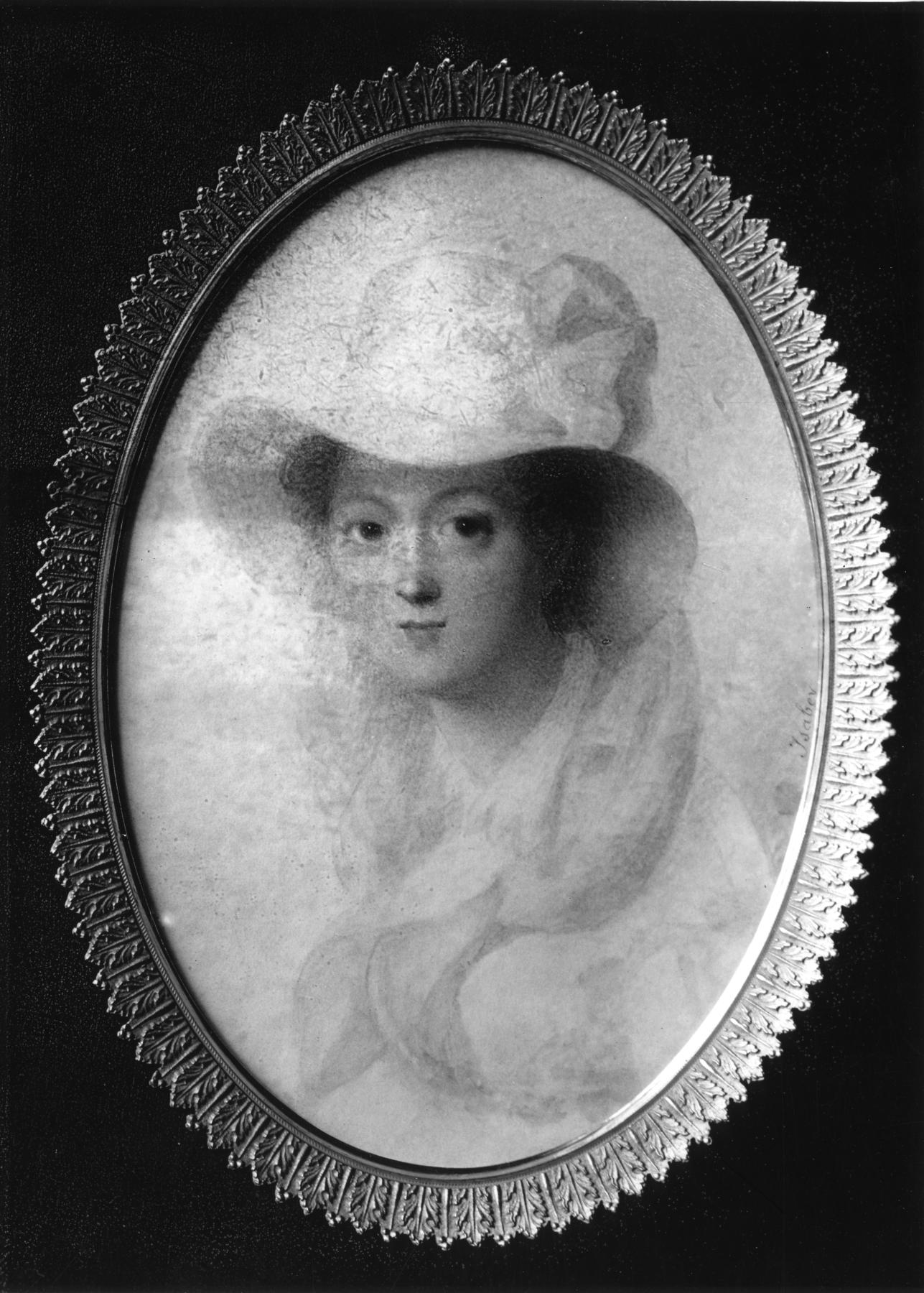 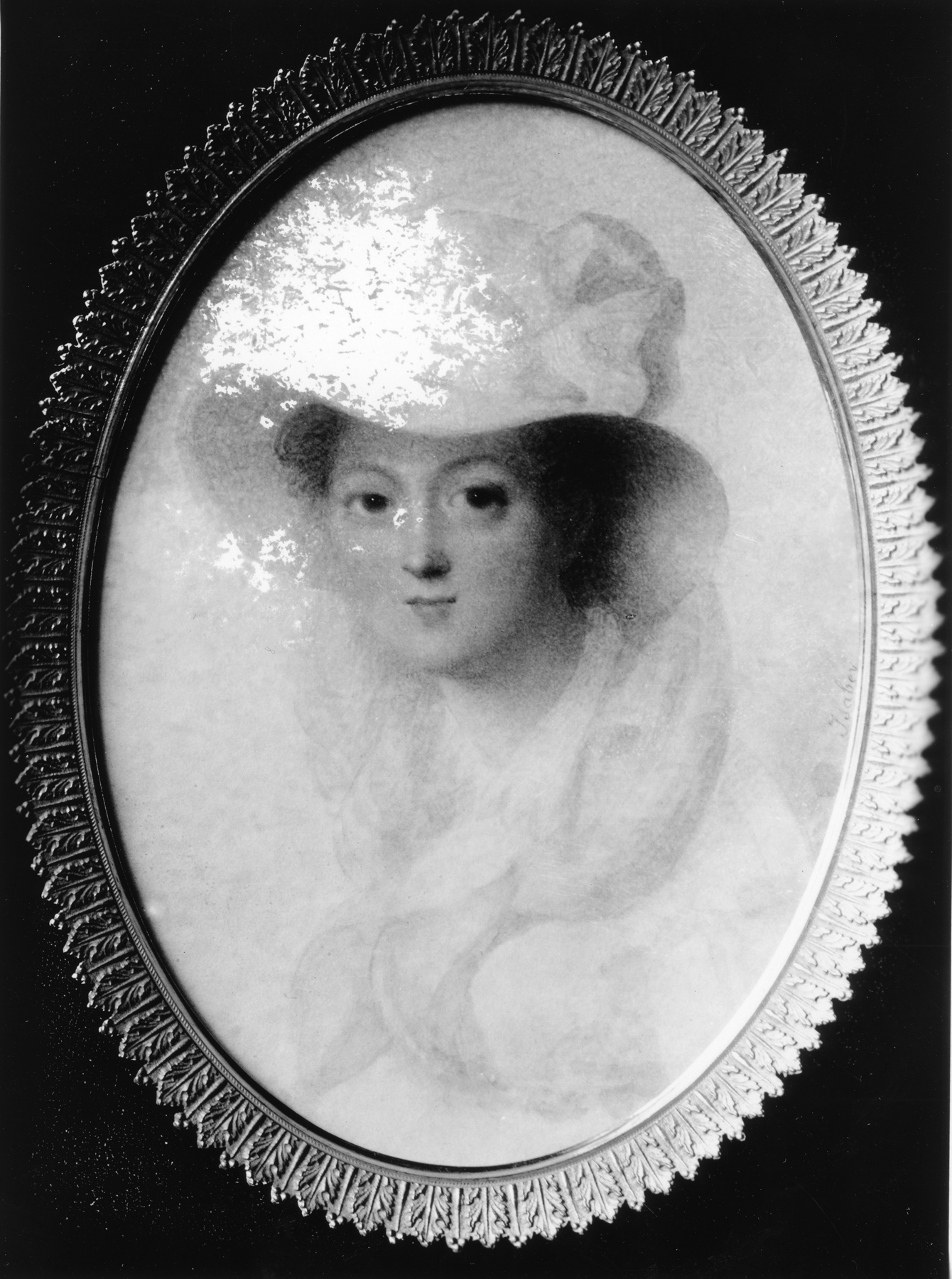 Hortense Eugénie Cécile Bonaparte (née de Beauharnais) was the stepdaughter of Emperor Napoleon I, and daughter of Josephine Beauharnais (the Empress Josephine). She later became the wife of the Napoleon's brother, Louis Bonaparte, King of Holland. She was the mother of Napoleon III.
This miniature is likely a copy after a work by Isabey.