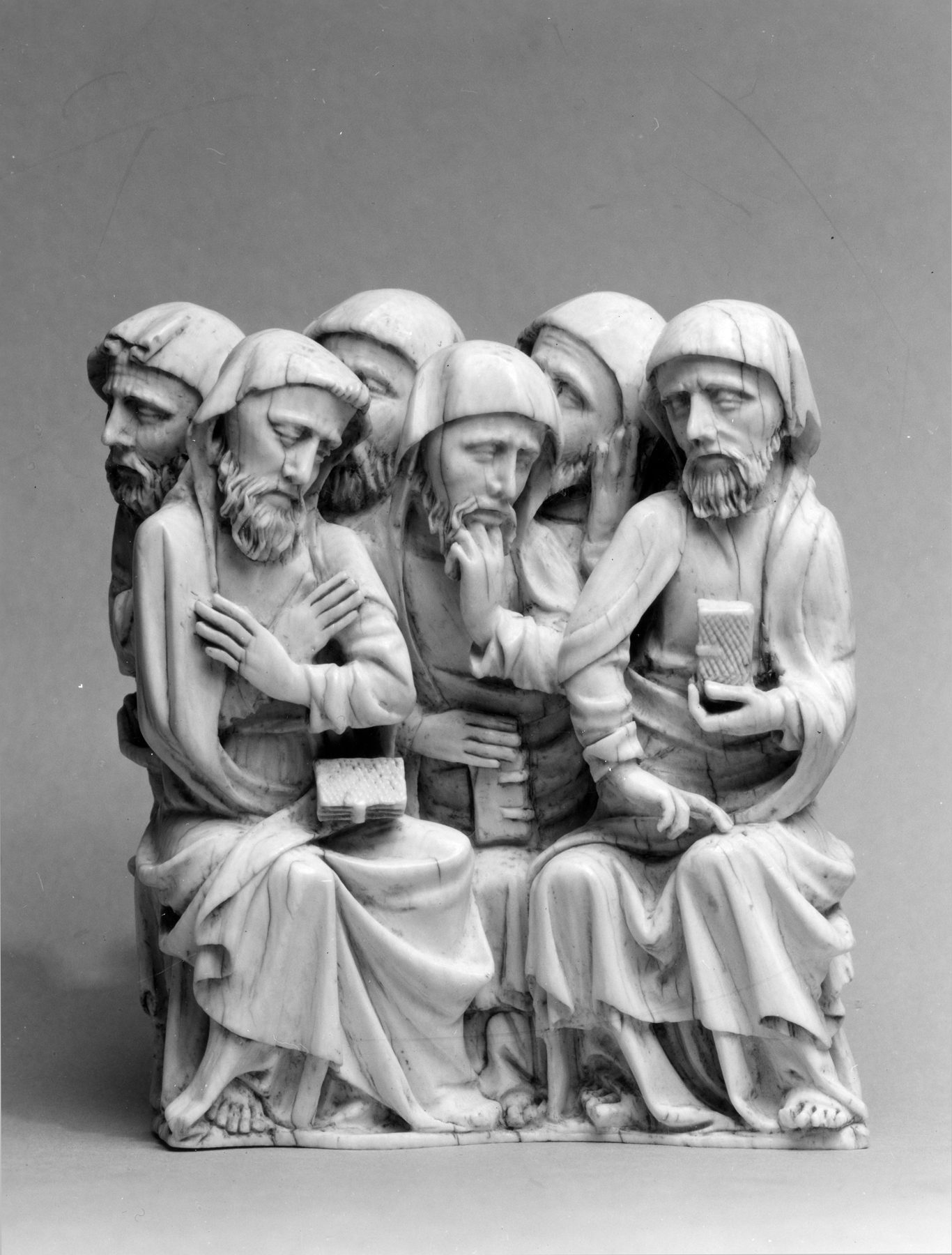 Meditation on the Passion

This small ivory carving was originally part of an altarpiece from the Loire. According to tradition the altarpiece was destroyed by the Baron des Ardrets. The carving depicts six of the twelve apostles who appear dejected as they meditate on Christ's Passion. An inscription on the back is rendered in ink, and is signed "Didier-Petit."

[Mark] On back in ink: Didier-Petit