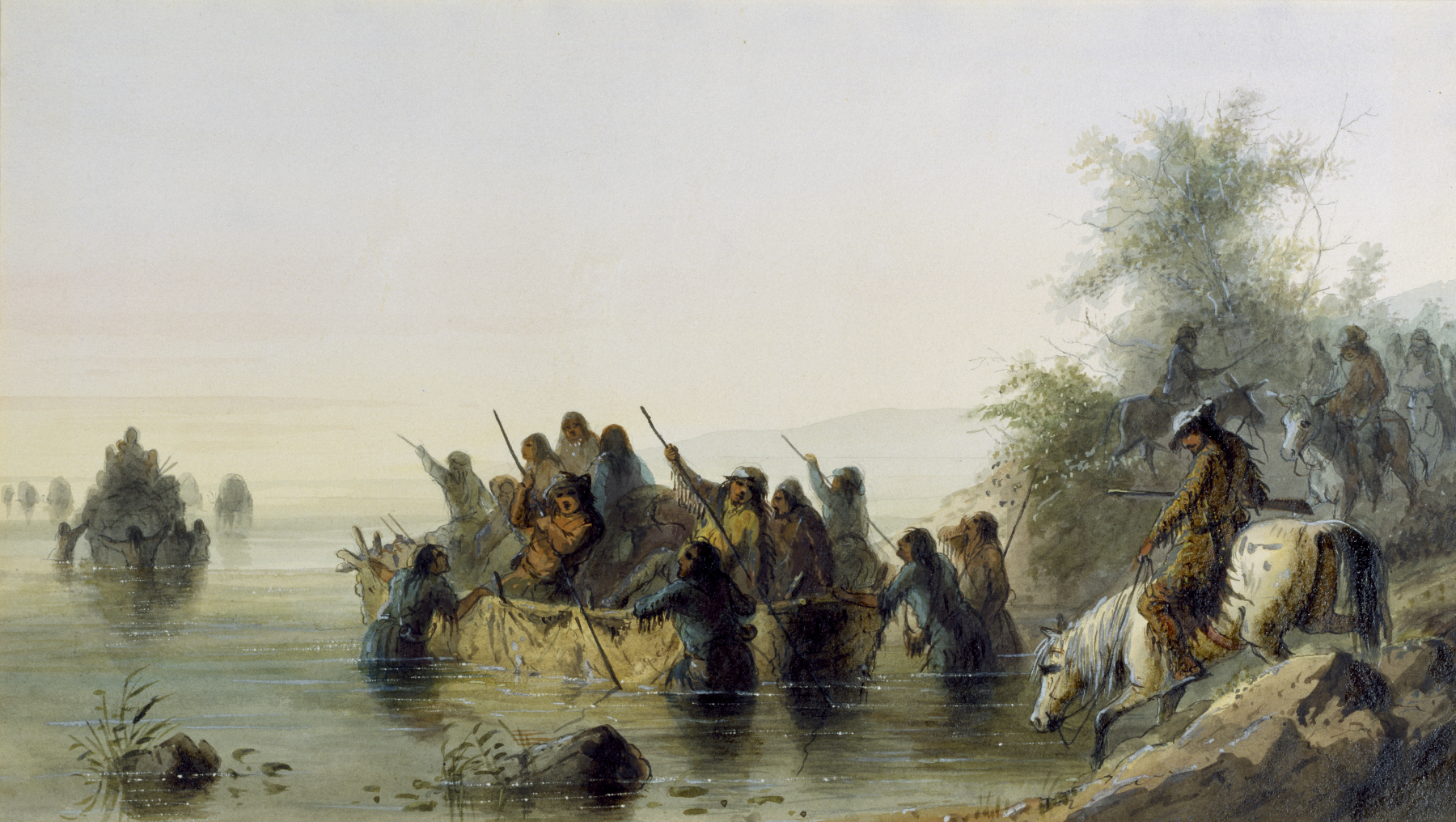 When the river was too deep to permit the wagons to cross, the Conestoga wagons were stripped and buffalo hides were wrapped around them. All the goods and equiptment were loaded into them, beginning with the ten-gallon barrels of alcohol (which had been slipped by the authorities, it being illegal to take alcohol to the Indians), and floated across the river. The carts were emptied and floated across on their own. This was a time-consuming process to be avoided if at all possible. Extracted from "The West of Alfred Jacob Miller" (1837).