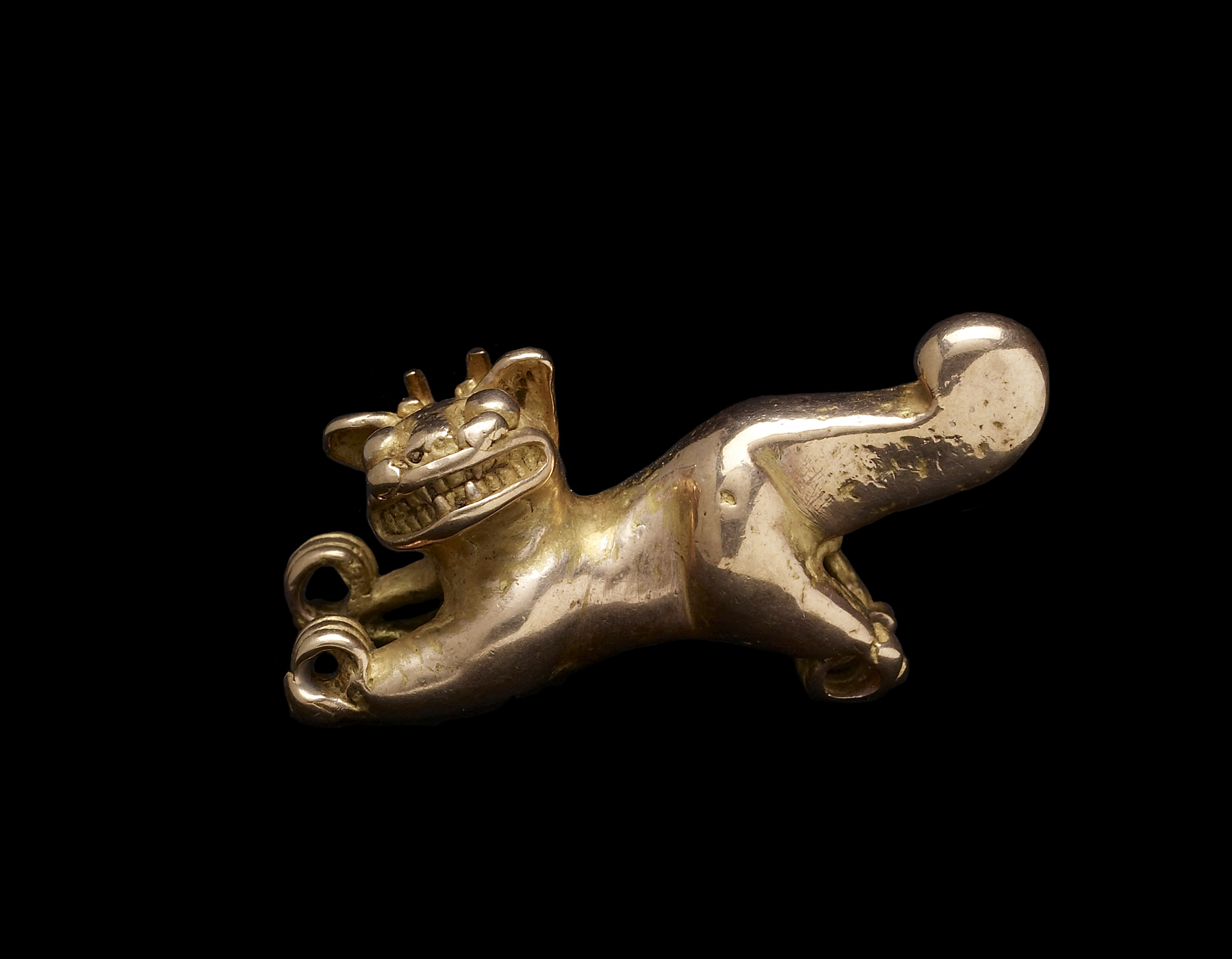 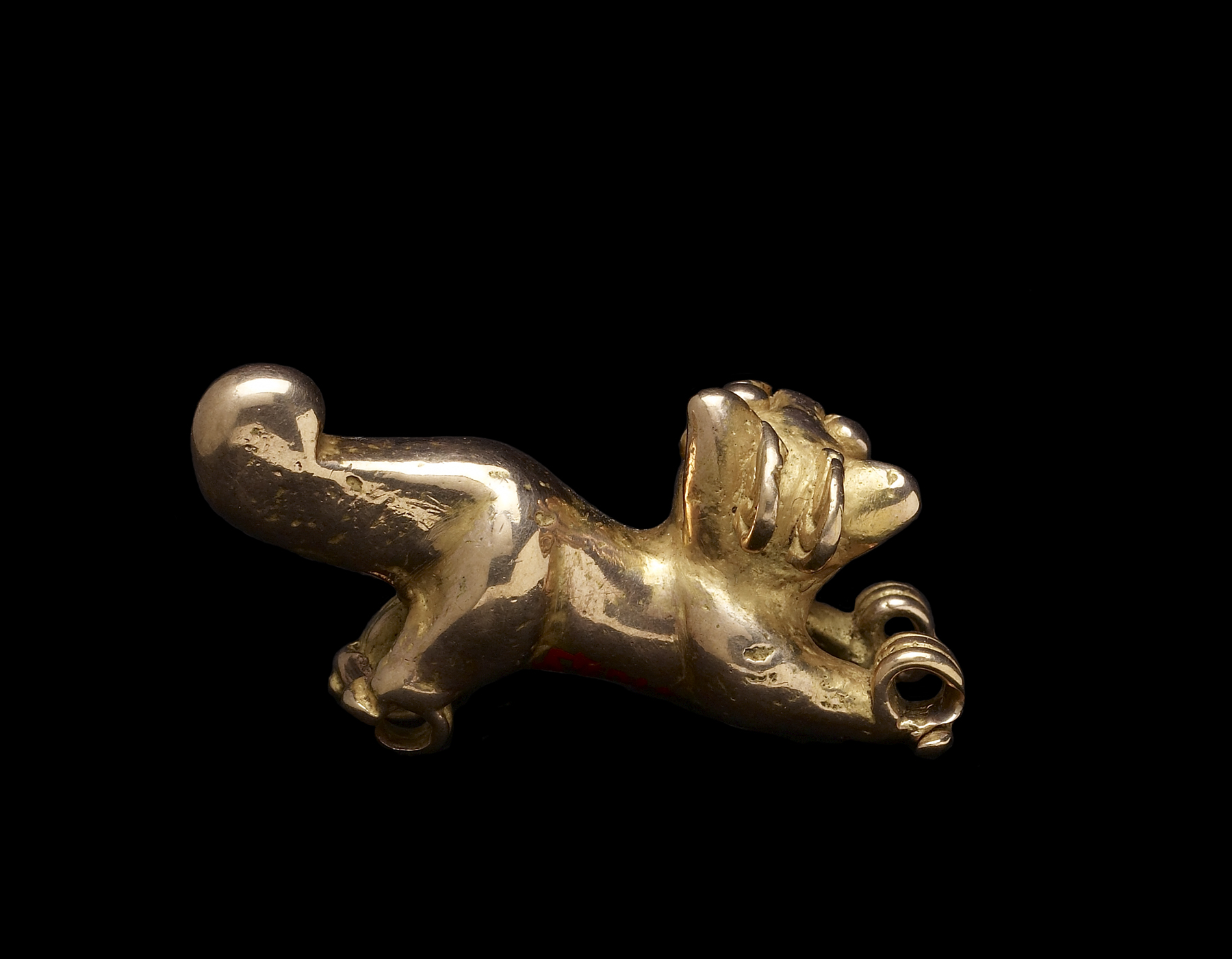 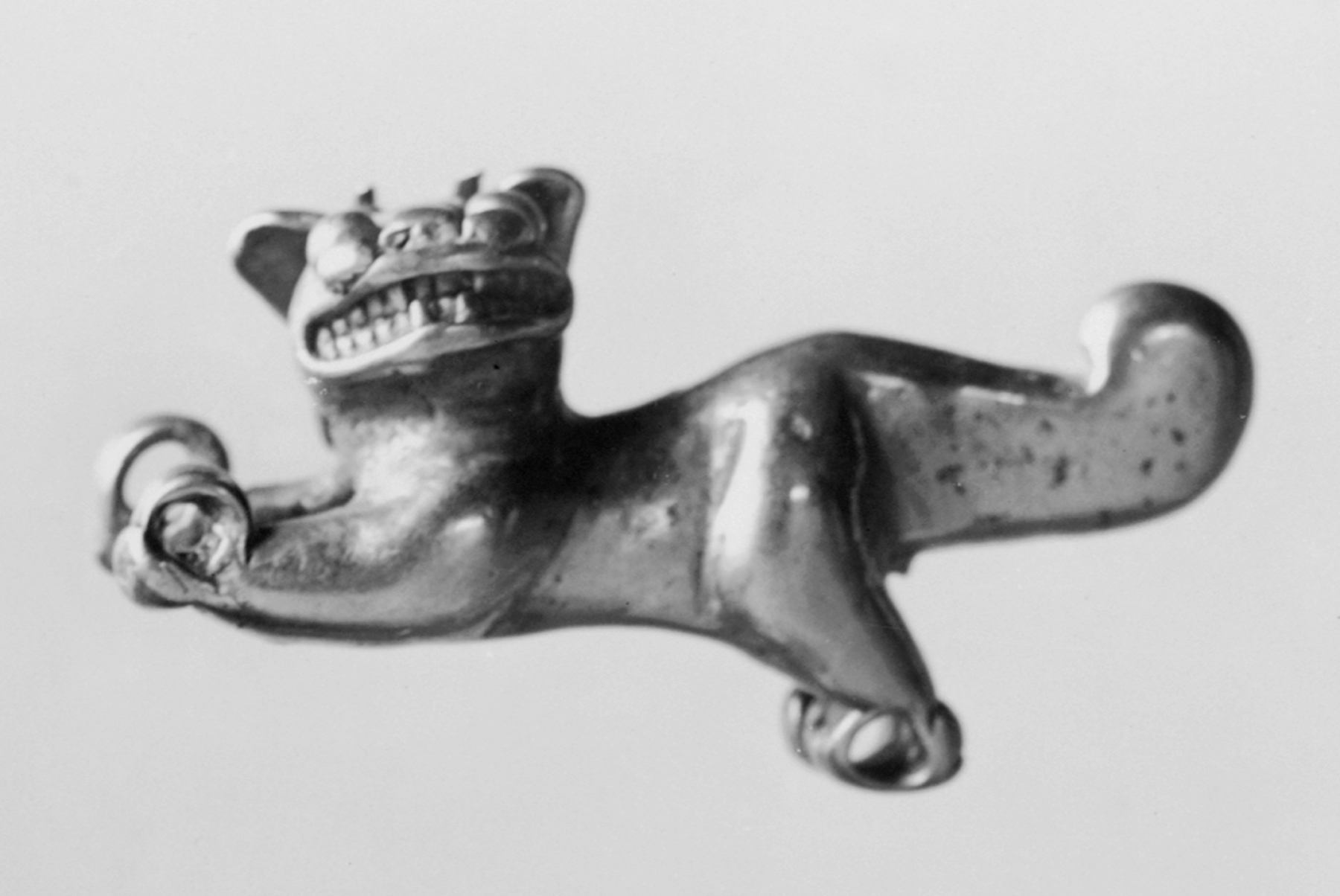 This pendant represents a jaguar, a powerful animal with which a warrior would have wanted to be associated. The head of the animal is turned aside as if to observe a potential viewer or enemy. On each foot is a ring for suspension.

Raw and refined gold was as valuable as it was symbolic to the people of Precolombian Panama. Because of its reflective nature, which mirrored the shining sun, working with and wearing gold signaled a characteristic of the divine. In order to create complex and beautiful gold pieces, many goldsmiths adapted the lost wax method of metallurgy. This technique—probably initially developed in the Northwest region of Colombia—used wax and clay to create a mold, enabling molten metal to be poured into the cast and melt the surrounding parts to produce exquisite and thin ornamentation.
Pendants were worn by men around the neck on ceremonial occasions. Columbus noted that the inhabitants of Panama who came to greet him wore gold pendants in the shape of eagles. This piece could have been created in Columbus's time or during the previous 600 years.