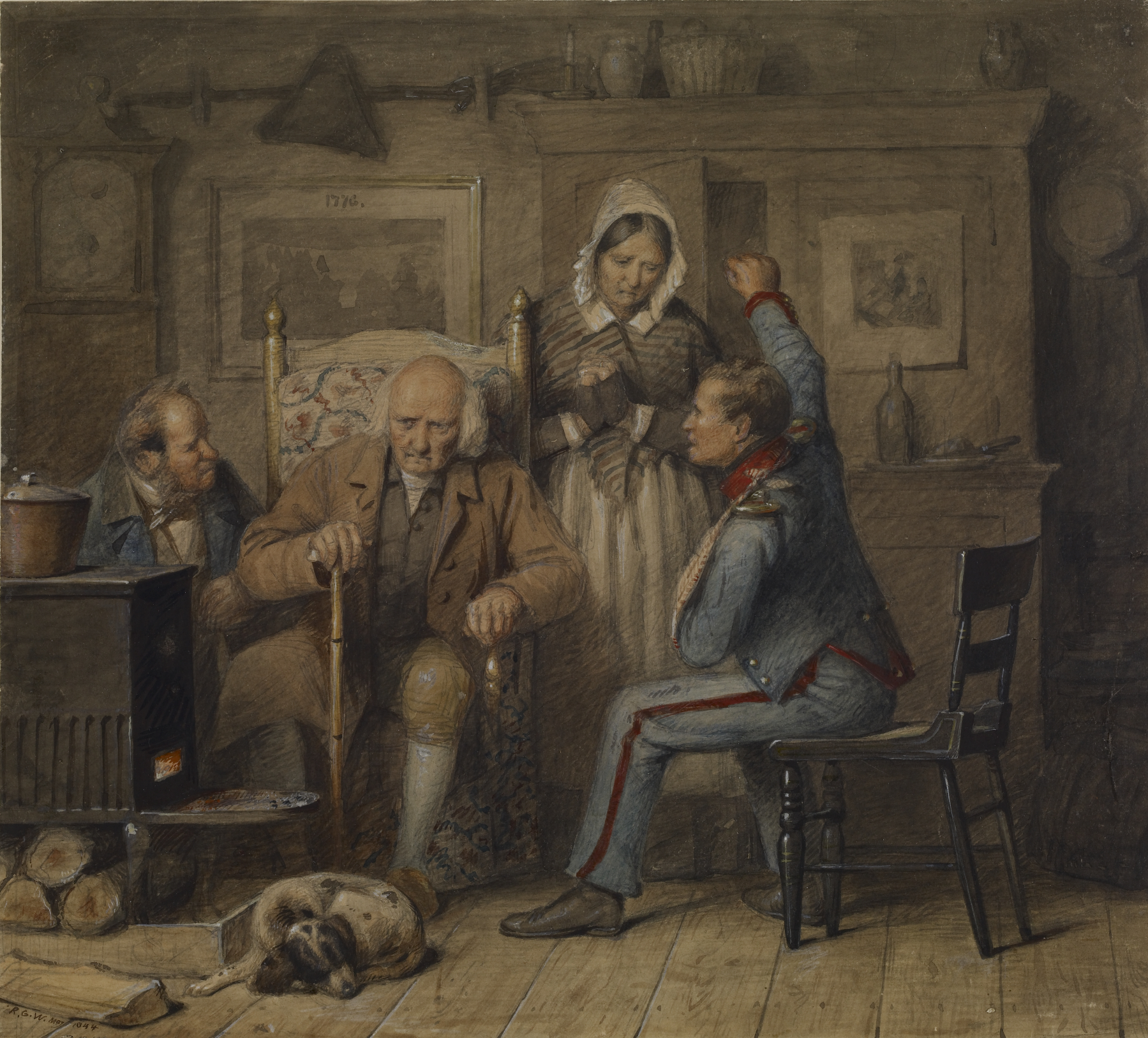 Woodville's familiarity with the distinguished collection of Old Master and contemporary paintings assembled by Robert Gilmor, Jr., of Baltimore, is said to have influenced his decision to become an artist. He left his native Baltimore to study at the Düsseldorf Academy and remained abroad most of his brief career. Woodville, however, occasionally returned to Baltimore for family visits and continued to send pictures to New York to be exhibited at the Art Union. Tragically, he died at the early age of 31, a victim of an overdose of drugs.

In this scene, a young soldier narrates his experiences to an elderly couple. Above them hangs a leg-of-mutton hat, a musket, and a picture-all allusions to the Revolutionary War. 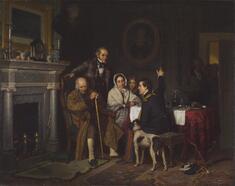