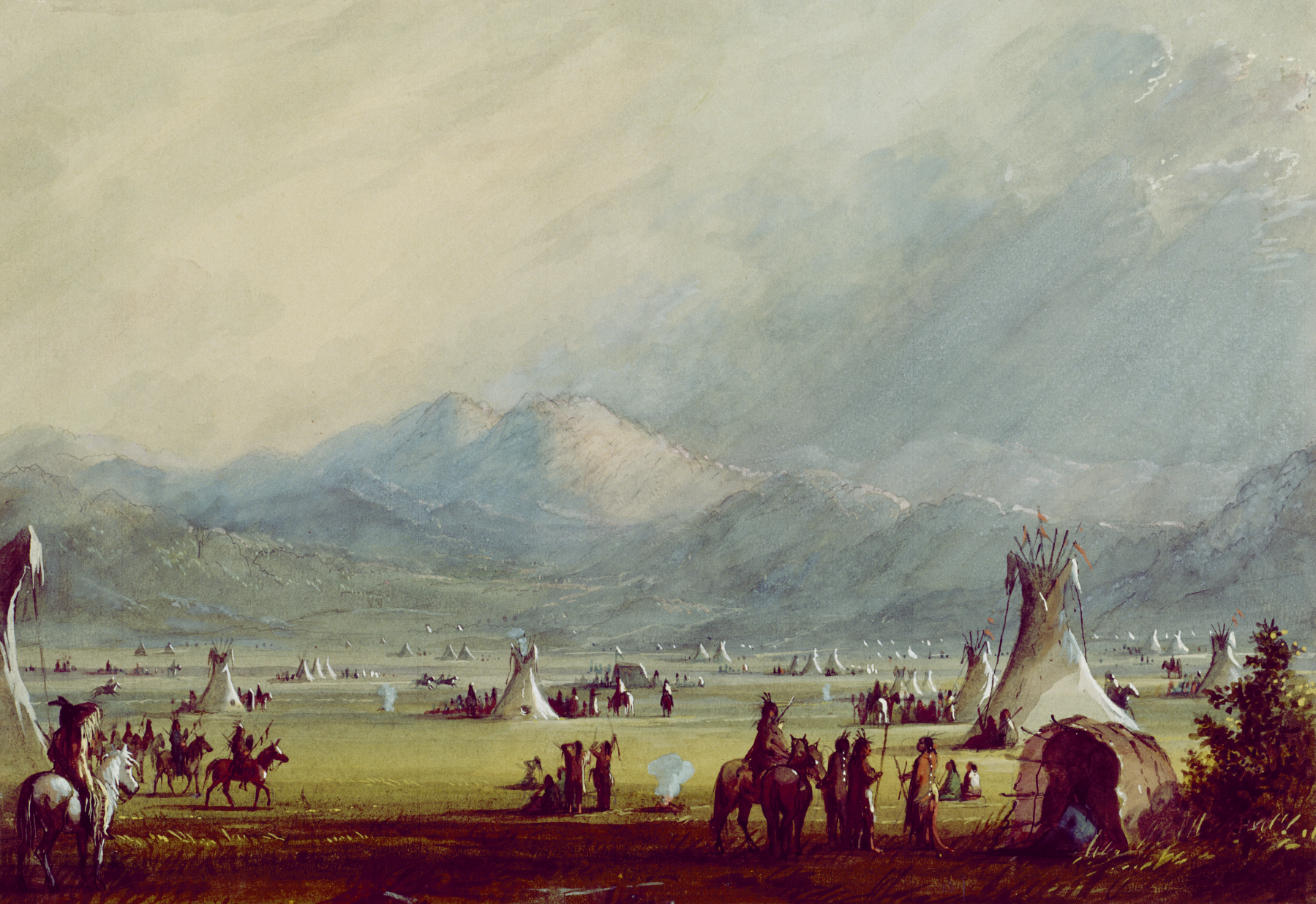 "At certain specified times during the year, the American Fur COmpany appoint a 'Rendezvous' at particular localites (selecting the most available spots) for the purpose of trading with Indians and Trappers, and here they congregate from all quarters. The first day is devoted to 'High Jinks,' a species Saturnalia, in which feasting, drinking, and gambling form prominent parts." A.J. Miller, extracted from "The West of Alfred Jacob Miller" (1837).