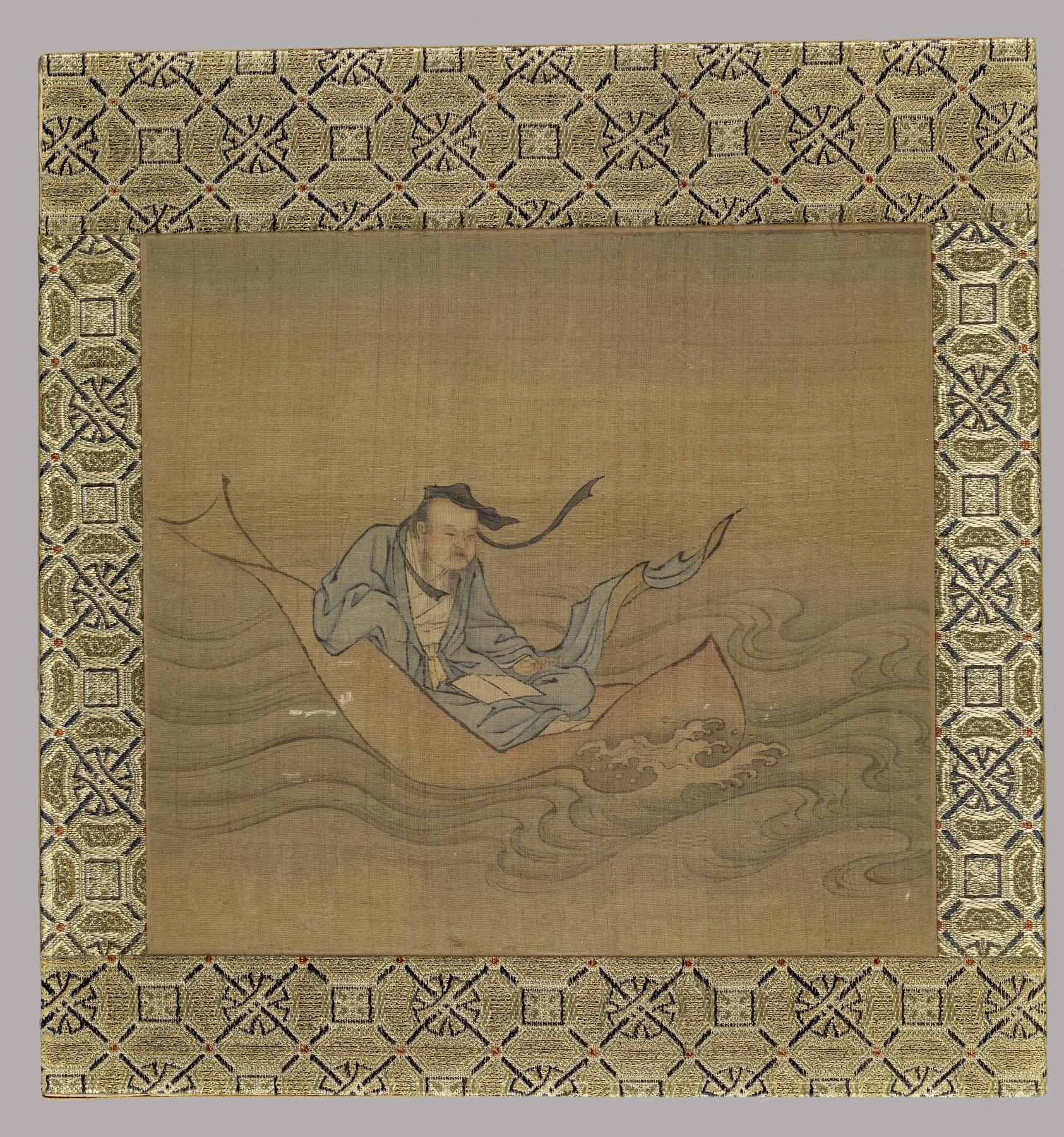 Traveling on a Raft

Chang Ch'ien, a minister of the 2nd century BC., is said to have sailed up the Yellow River, past the paradise of the Queen Mother of the West, and ultimately to the Milky Way. The 8th-century poet Li Po was later thought to have made a similar journey, and it is he who may be shown here, with a book in his lap.