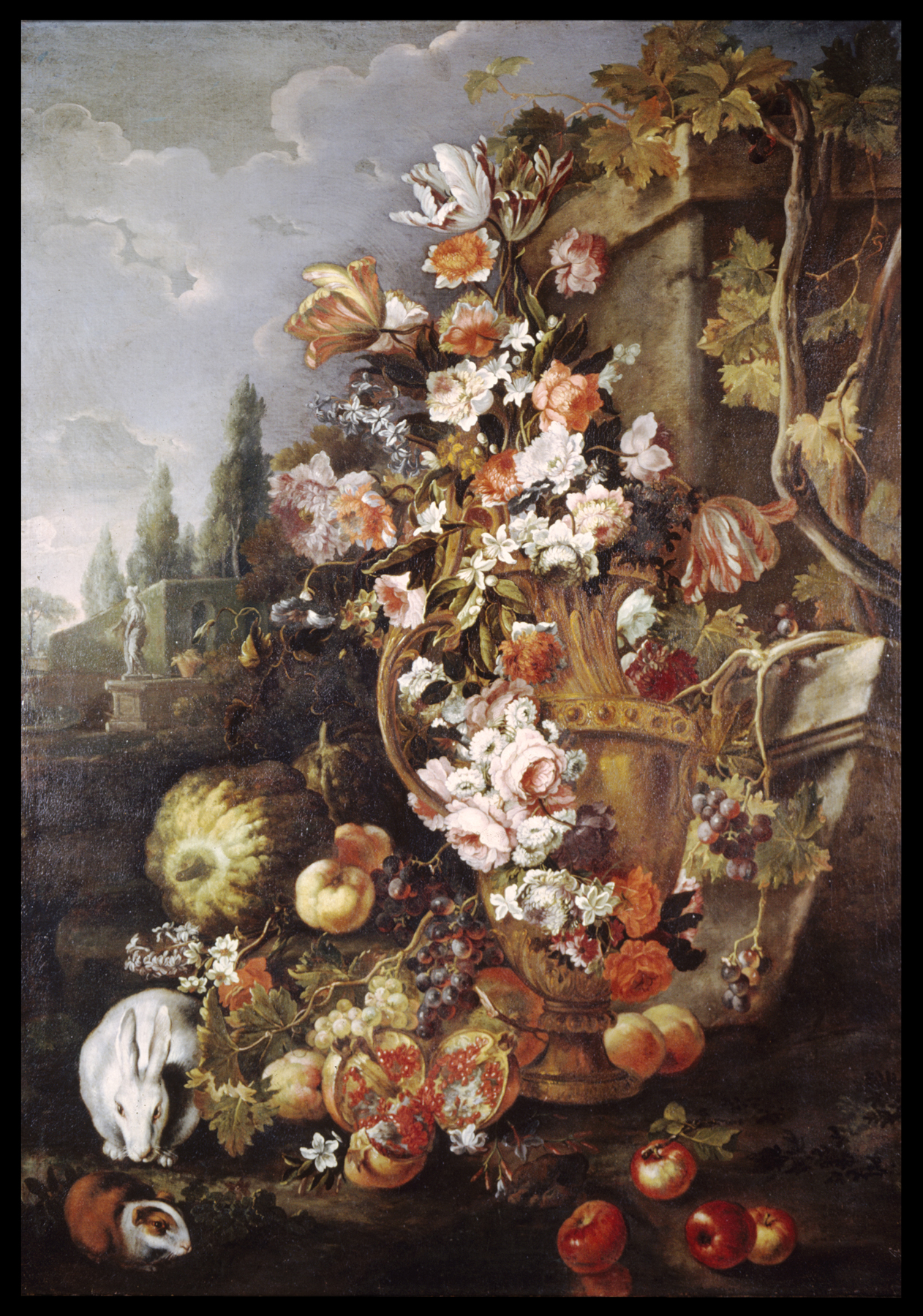 Still Life of Flowers and Fruits in a Garden

A deceptively casual cascade of sweet-smelling roses, tulips, and other cultivated flowers combined with luscious, ripe fruit including a melon, grapes, and a pomegranate sliced open is set before a classicizing urn in an aristocratic garden, accompanied by a rabbit and guinea pig. The owner of a palatial home in Rome or northern Europe around 1700 would appreciate this still life as a frank celebration of abundance, fertility, and the satisfaction of indulging the senses that would bring cheer to the walls even in the depths of January.

Tamm worked for princely collectors in Rome and Vienna, where a similar composition was commissioned in 1707 by the prince of Liechtenstein for his palace there. Such large, decorative paintings were commonly hung in massed groupings like the present one. The dark, rich style owes much to Neapolitan still-life painters, whose work was popular in Rome. Indeed, this painting and its companion (Walters 37.1673) have also been attributed to the Neapolitan Nicola Malinconico (1663-1721). 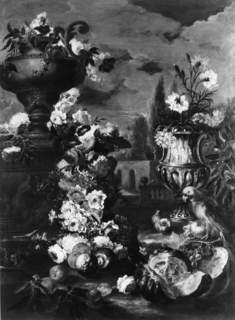 Still Life of Flowers and Fruit with Parrot