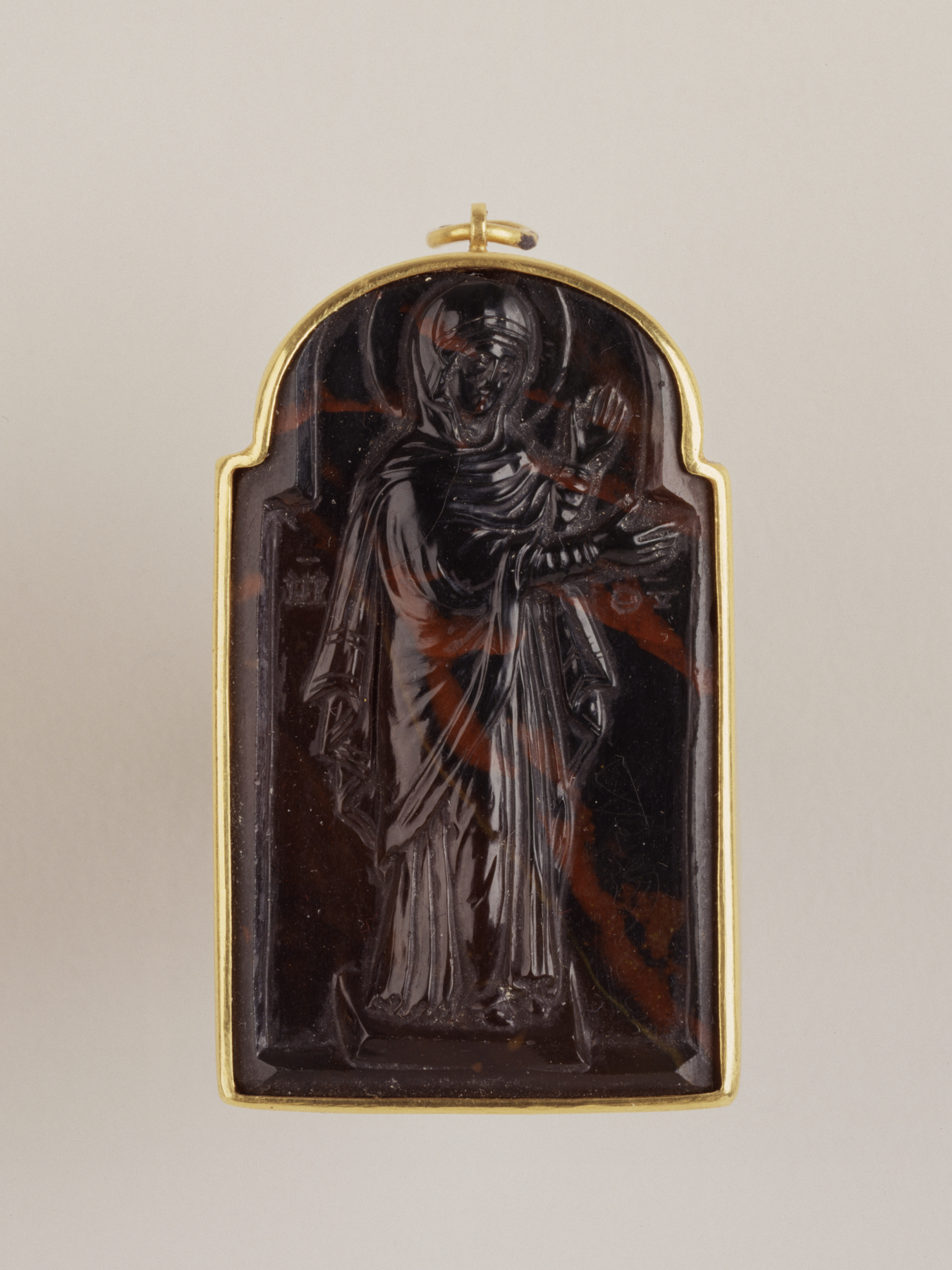 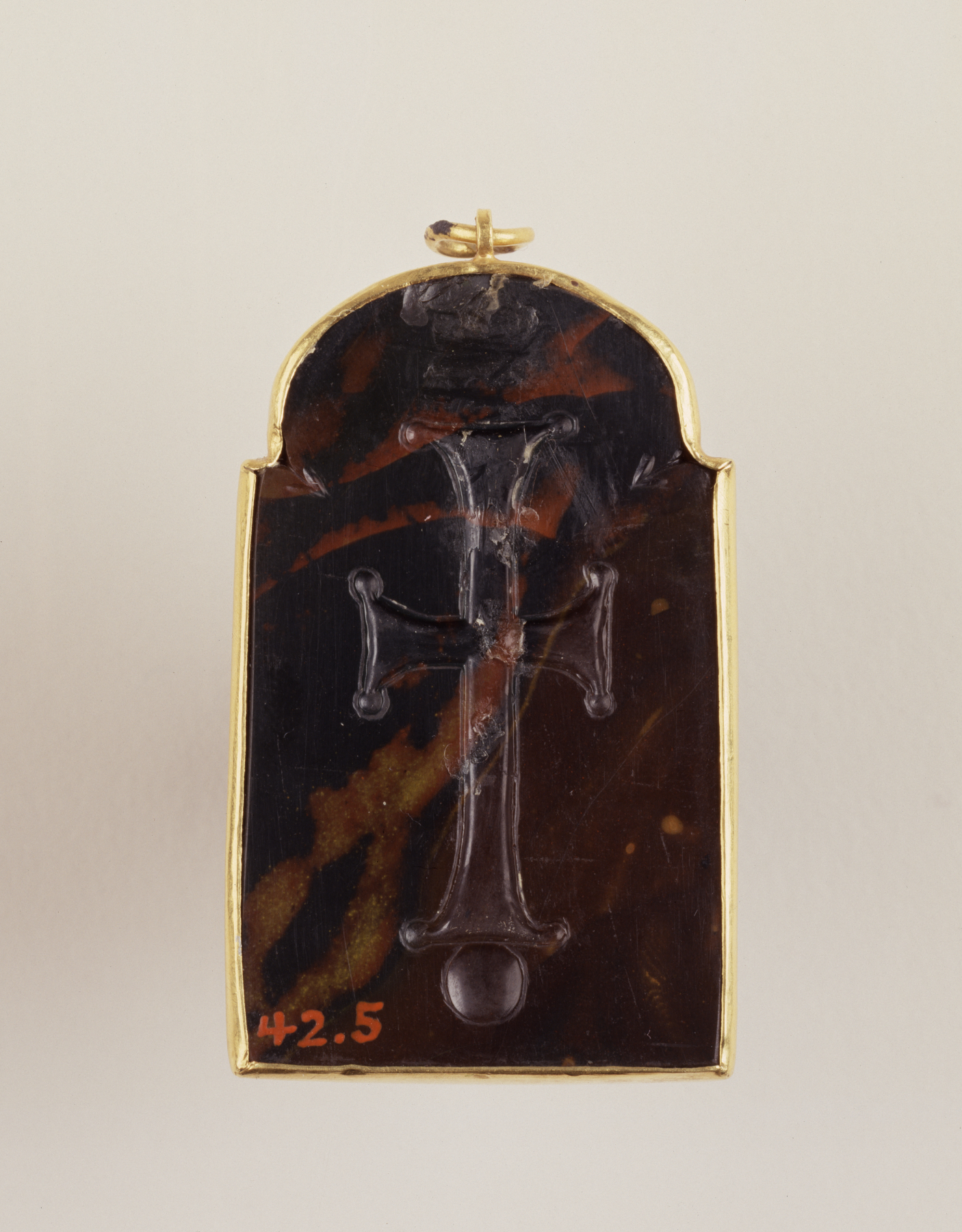 Cameo of the Virgin

This small and delicately carved bloodstone cameo shows the Virgin standing and turning to her left, her arms raised in a gesture of prayer or supplication. An abbreviated inscription on either side identifies her as the "Mother of God." She is perhaps imploring her son to forgive the sins of humanity, and the original owner of this work no doubt hoped that she was interceding specifically on his or her behalf. The gold frame around the piece is modern, and it is unclear whether this small work was originally meant to be worn around the neck like many other carved Byzantine gems, or whether it was part of a small devotional diptych or triptych, arranged so that this panel was next to one depicting Christ, with the Virgin therefore directly gesturing toward her son.

The image is carved on a bloodstone. The red streaks in this stone would have reminded pious viewers of the blood shed by Christ at the Crucifixion, perhaps focusing their thoughts on Mary's role at that event.