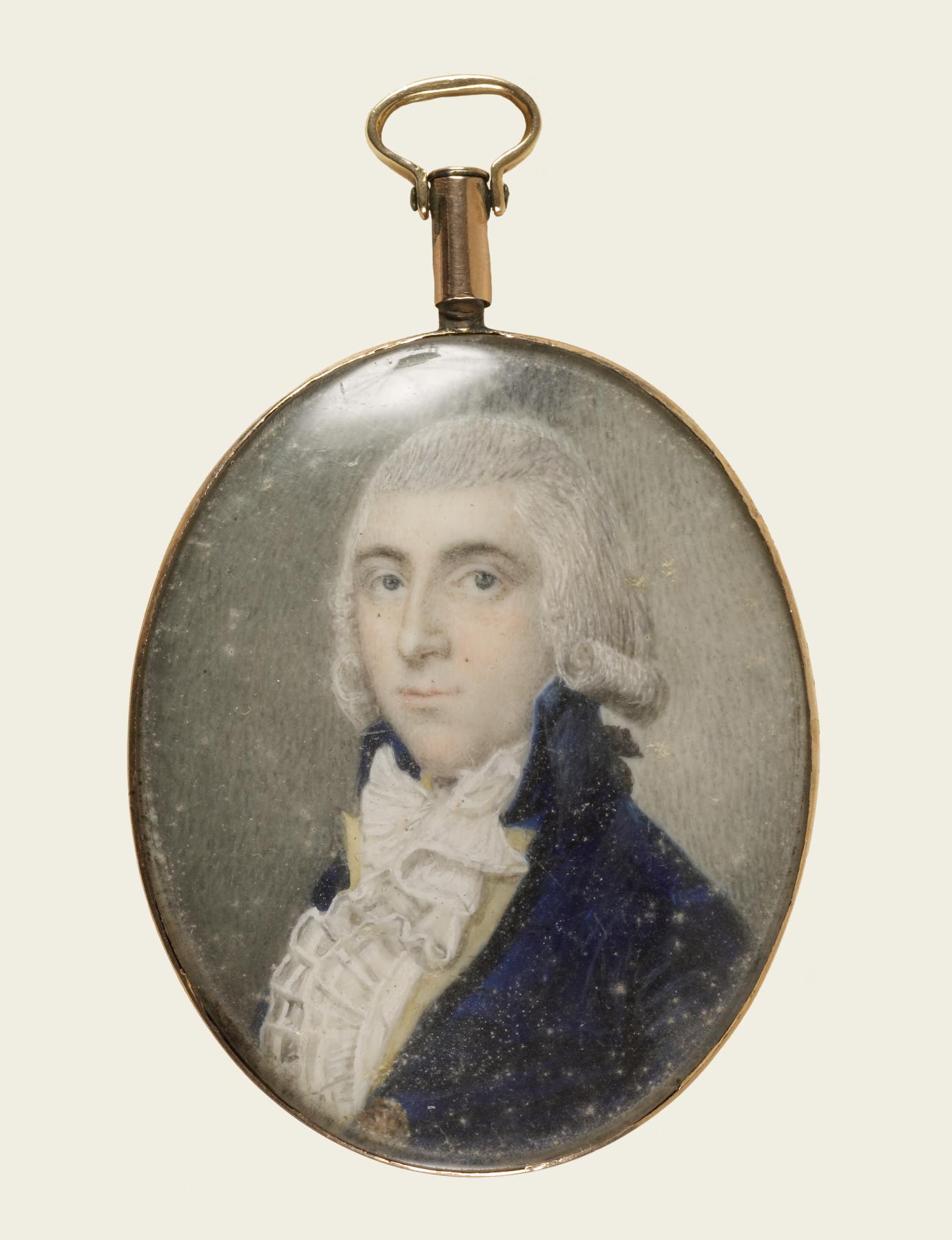 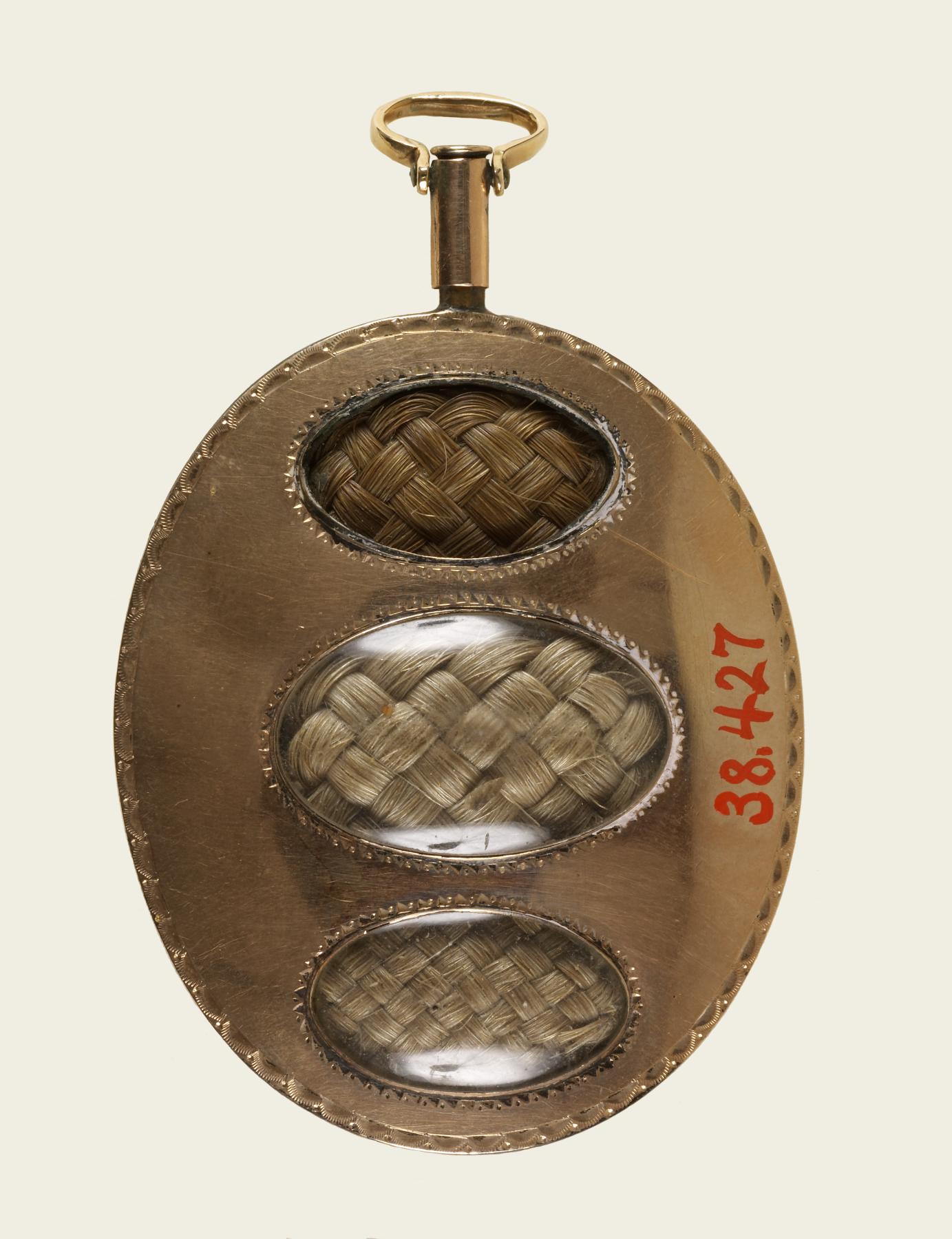 Bust-length length portrait of a gentleman facing to the left with eyes towards the observer. He wears a powdered wig, dark blue coat with upright collar, and buff vest with a large lace jabot.

This miniature was purchased from the estate of the Odell family. The Misses Ella and Mary Kearny Odell, of Halifax, Nova Scotia, were direct descendants, through their mother, Elizabeth Ann Bliss, of Judge Jonathan Bliss, of Springfield (1742-1822), Massachusetts, a graduate of Harvard University (1763), who became a Justice of the Peace. In the run-up to the American War of Independence he remained loyal to Great Britain. At the outbreak of hostilities in April 1775, he accompanied Earl Percy on his march to Concord following the skirmish at Lexington. Later in the same year he removed to England, where he lived for nine years, joining the New England Club of Loyalists in London. In 1784 he accepted the Post of Attorney General of New Brunswick, becoming Chief Justice in 1809.

In 1789 he married Mary Worthington (daughter of the Hon. John Worthington of Springfield, Mass.). She died in 1799, leaving four sons: John Worthington, Lewis, William Blowers, and Henry. John died young in 1810, at the age of twenty, but the other sons lived to old age. This miniature likely dates from around 1770. It is possible that the back was remade at a later date to hold the three different locks of hair. We might speculate that this was done for one of the three surviving sons, to include the hair of their father, mother and dead brother.

William Bowers Bliss was adopted by S.S. Blowers, Chief Justice of Nova Scotia. He married Miss Anderson, who was also adopted by Blowers, and they had two sons and three daughters. The eldest daughter, presumable Elizabeth Ann Bliss, married the Hon. William Odell. The miniature then passed to their two daughters, who sold it to the Baltimore collector A. Jay Fink. (For this family history see Chapter Eight, "Hon. Jonathan Bliss," in "The Judges of New Brunswick and their Times," (1907) by Joseph Wilson Lawrence).

Estate of the Odell Family, Halifax, Nova Scotia; purchased by Abraham Jay Fink by; by bequest to A. J. Fink Foundation Inc., Baltimore, 1963; given to Walters Art Museum, 1963.