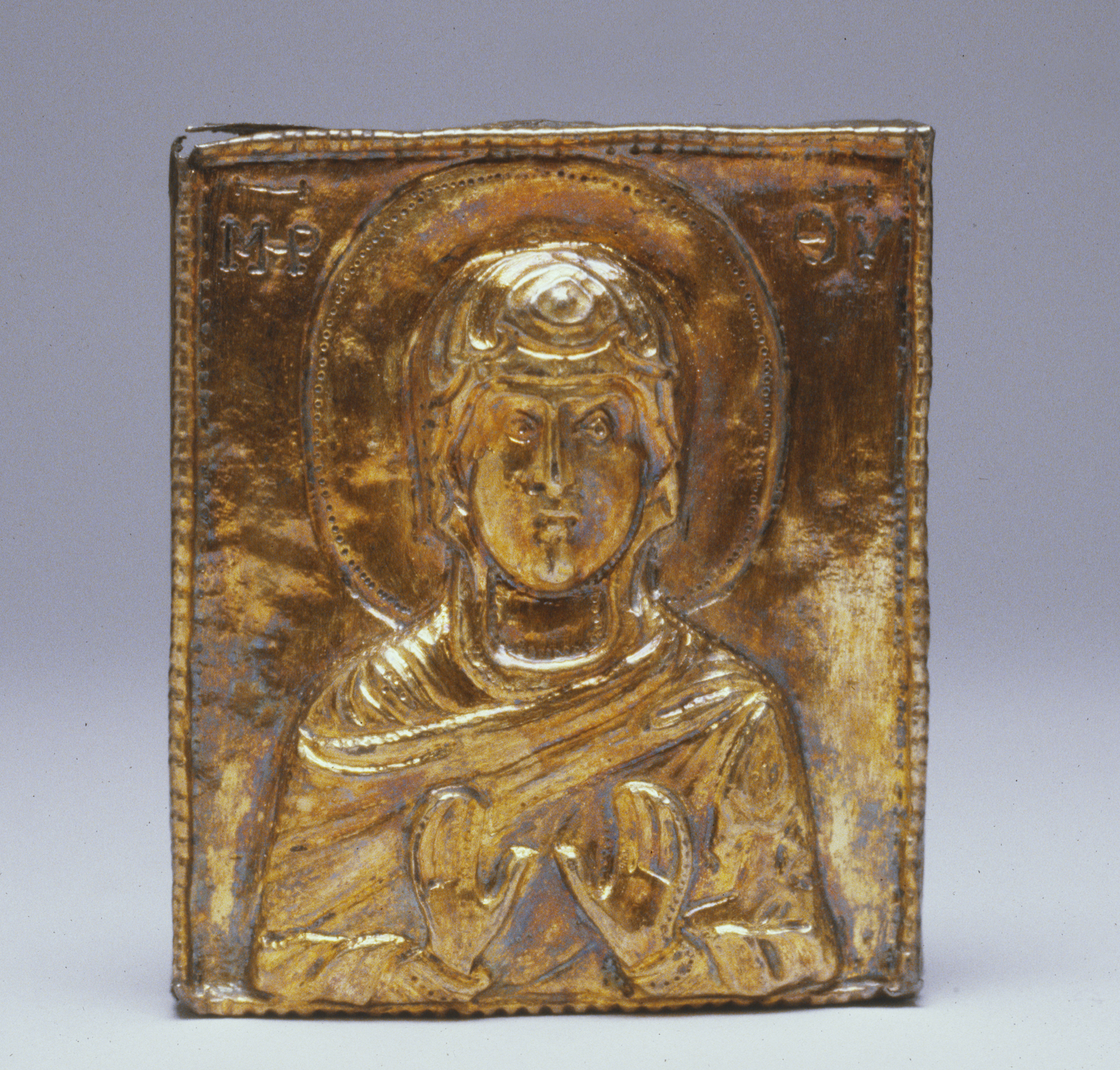 Icon of the Virgin

This small icon depicts the Virgin with her hands raised in prayer, and identified by an abbreviated inscription as the Mother of God. The size and theme of the icon suggest it was used in private devotion. For its pious owner, it would have served as a constant reminder of the Virgin's role as the most effective mediator between God and humankind.