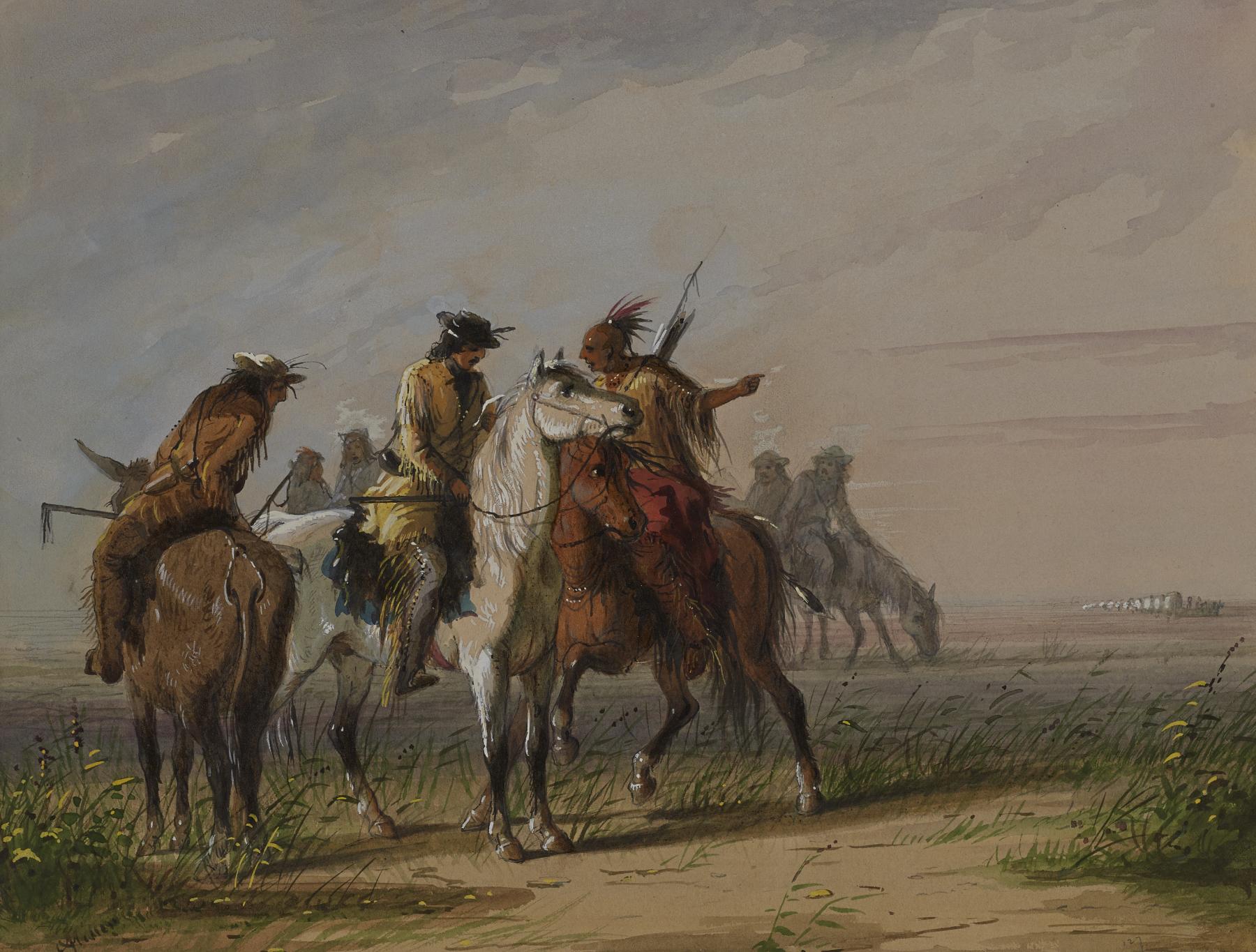 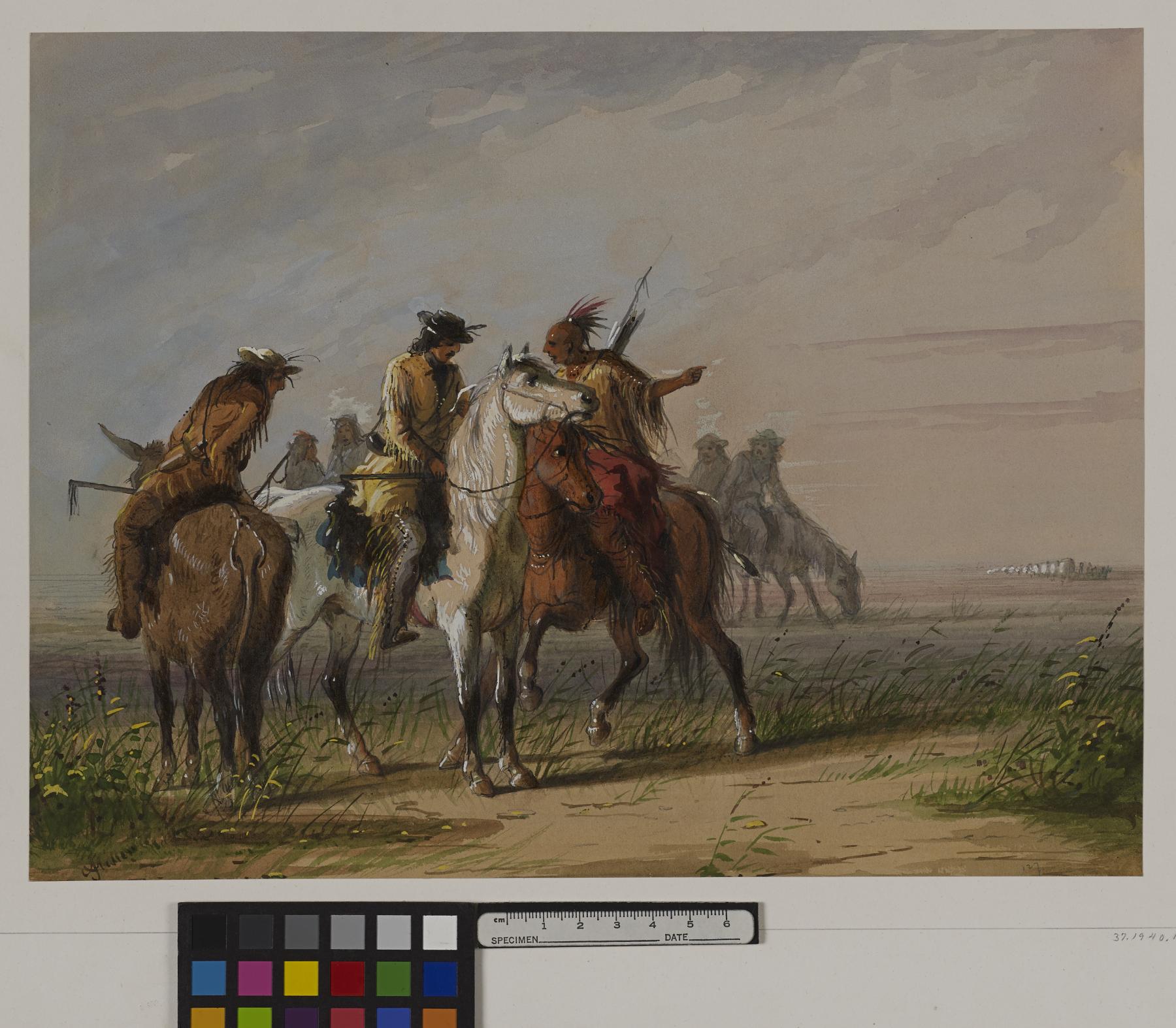 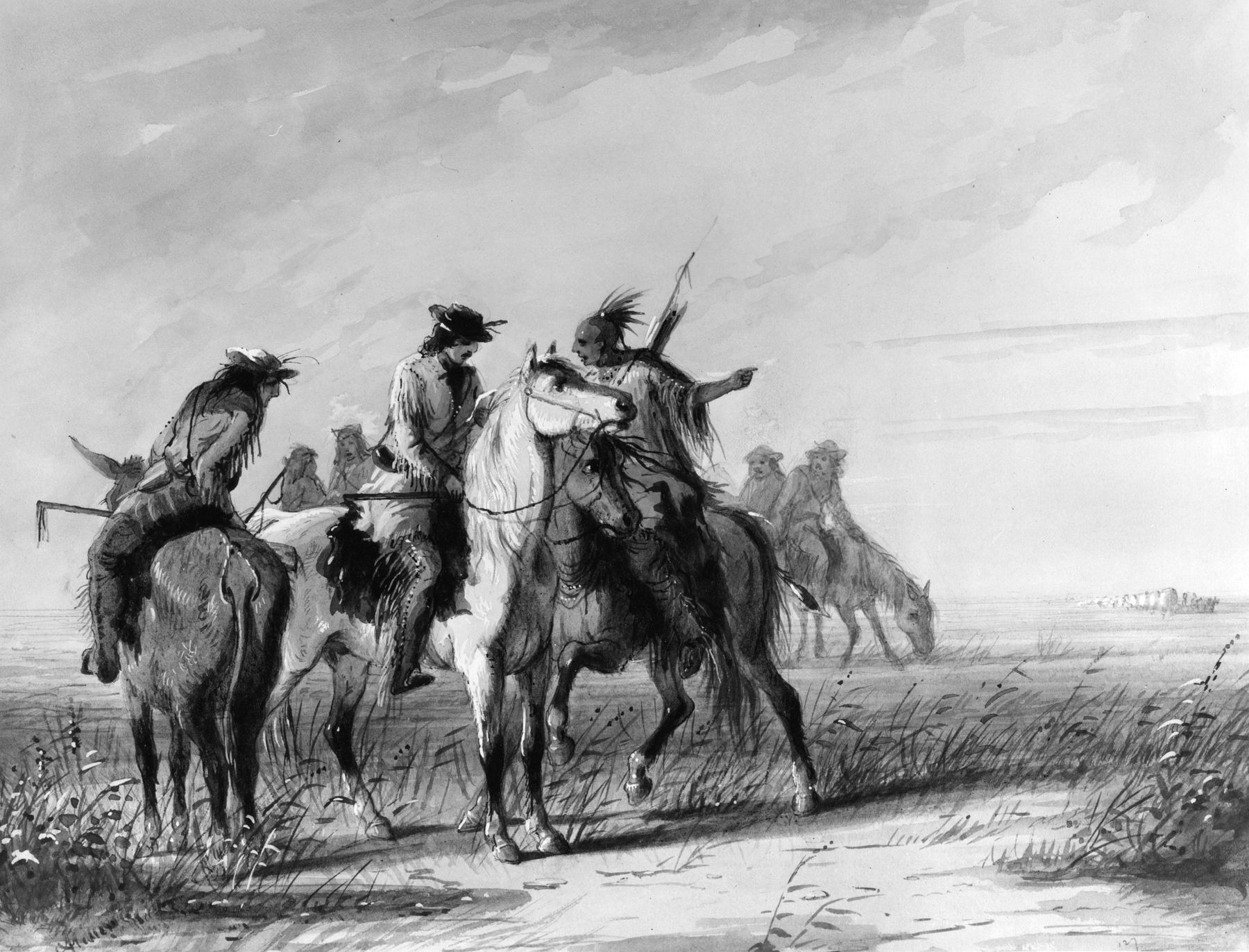 "The Sioux's recommendation (who wishes to officiate as a guide) is here being read by our Captain. The Indians in their intercourse with the whites have had sagacity to discover the value of certificates of good character, and procure such testimonials from those whom they have served in order to recommend themselves to others; preserving these papers with great care. It sometimes happens that the writer (knowing that the poor savage cannot read) gives him a character not at all favorable, in short, tells too much." A.J. Miller, extracted from "The West of Alfred Jacob Miller" (1837).