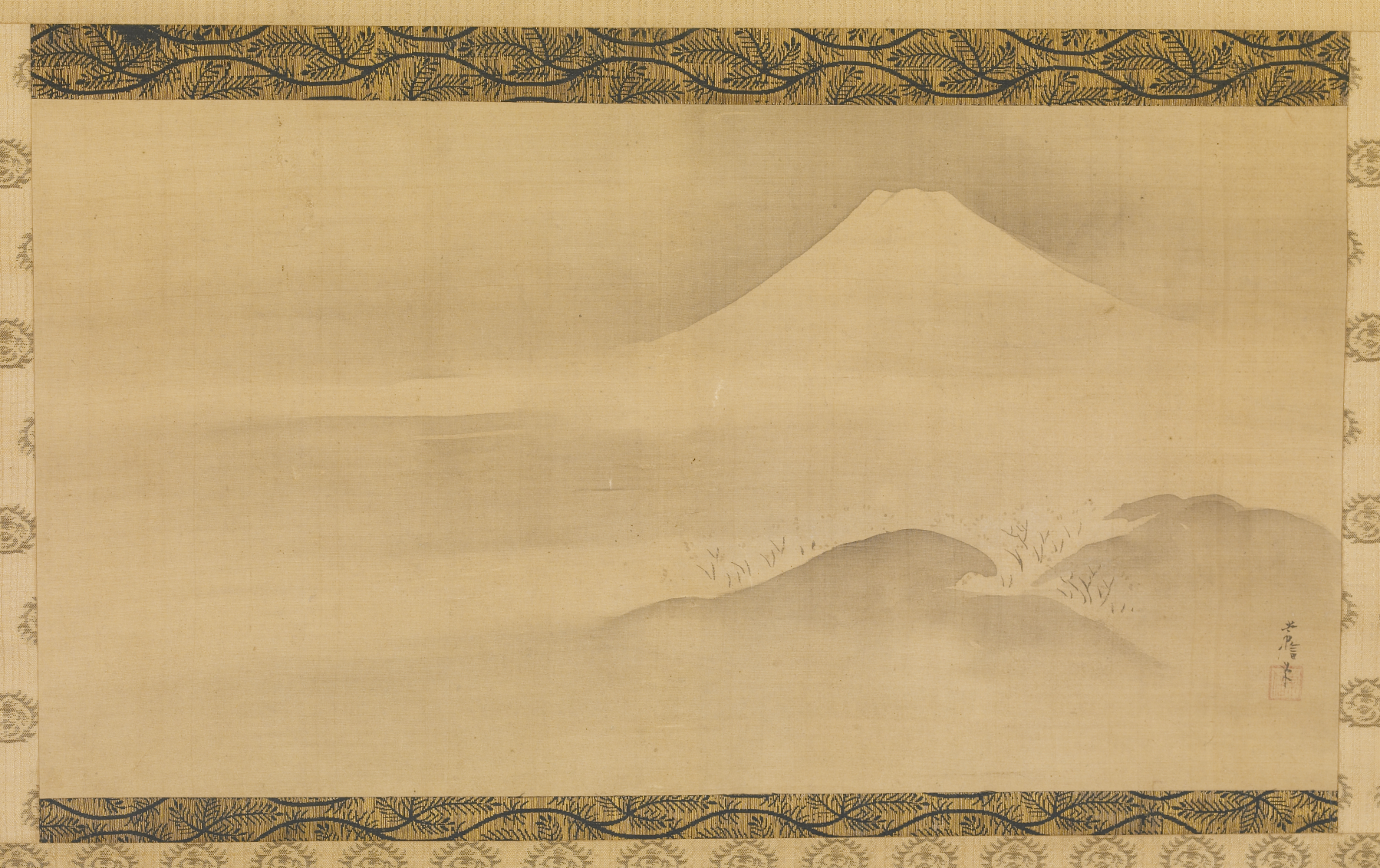 Mount Fuji in the Spring

Tsunenobu was the head of an official painting workshop that had been in existence since the 15th century. Using minimal means, he evokes the sense of the season.

Gift of Laurance and Isabel Roberts, 1995

Mount Fuji in the Winter

Mount Fuji in the Summer

Mount Fuji in the Autumn