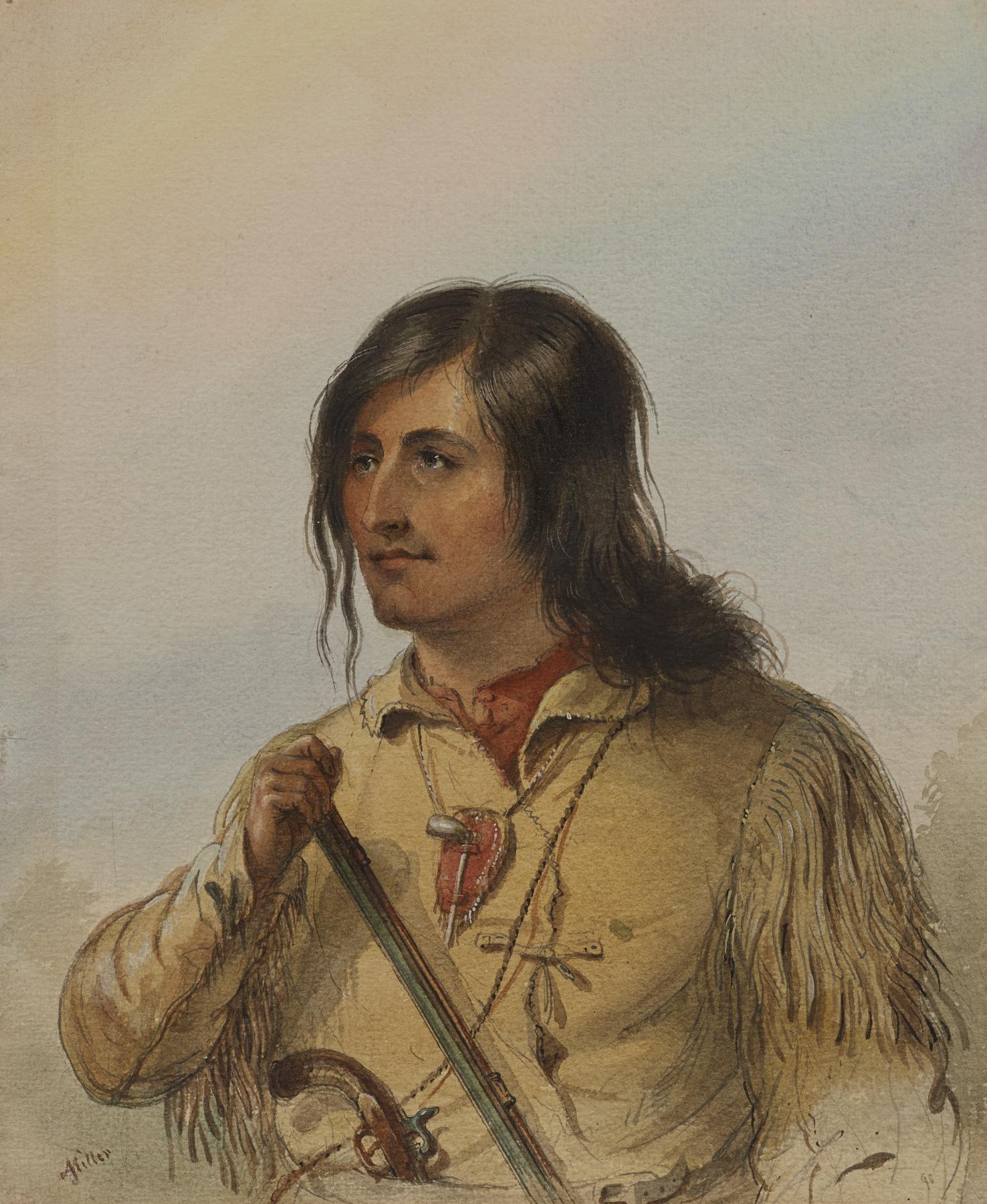 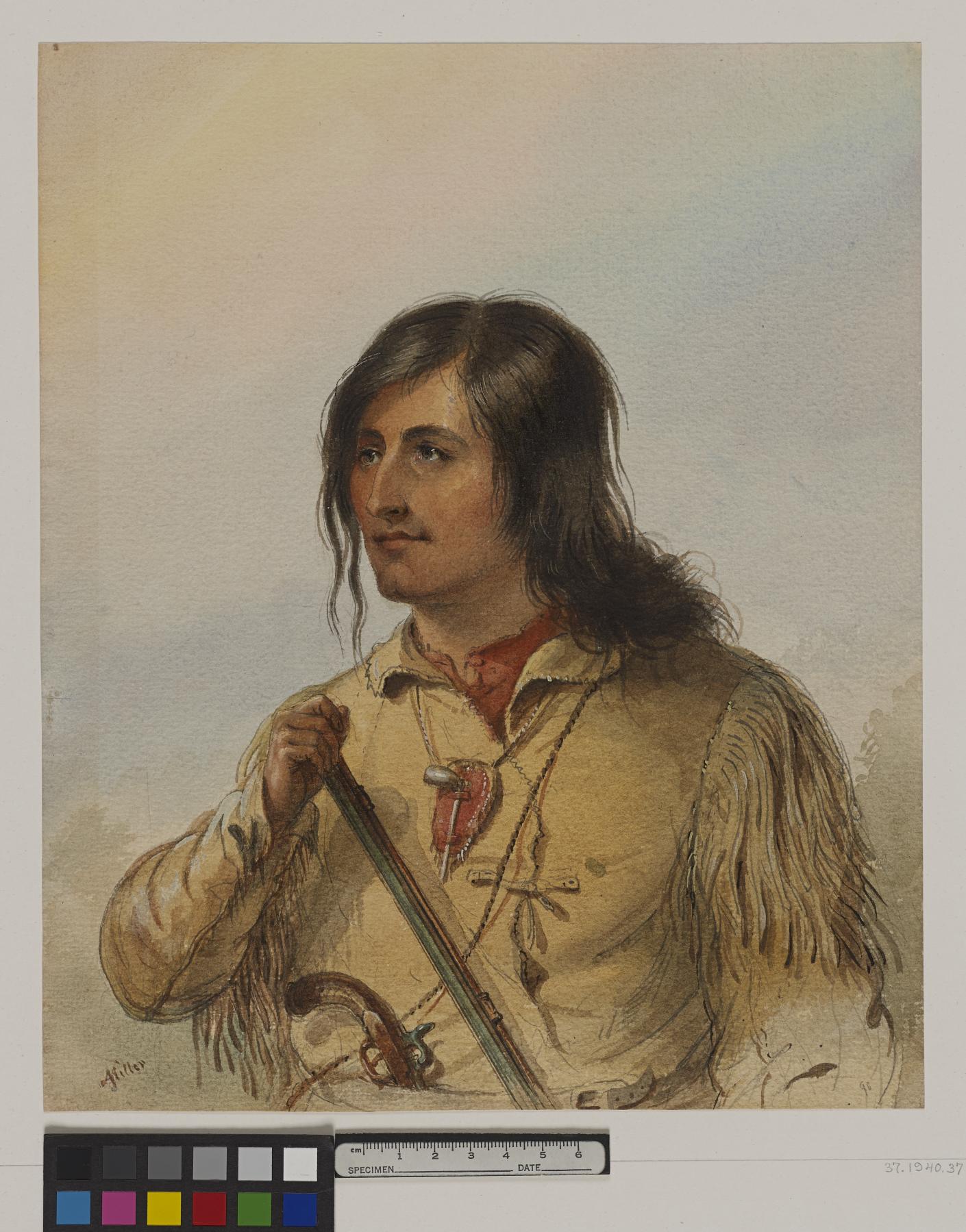 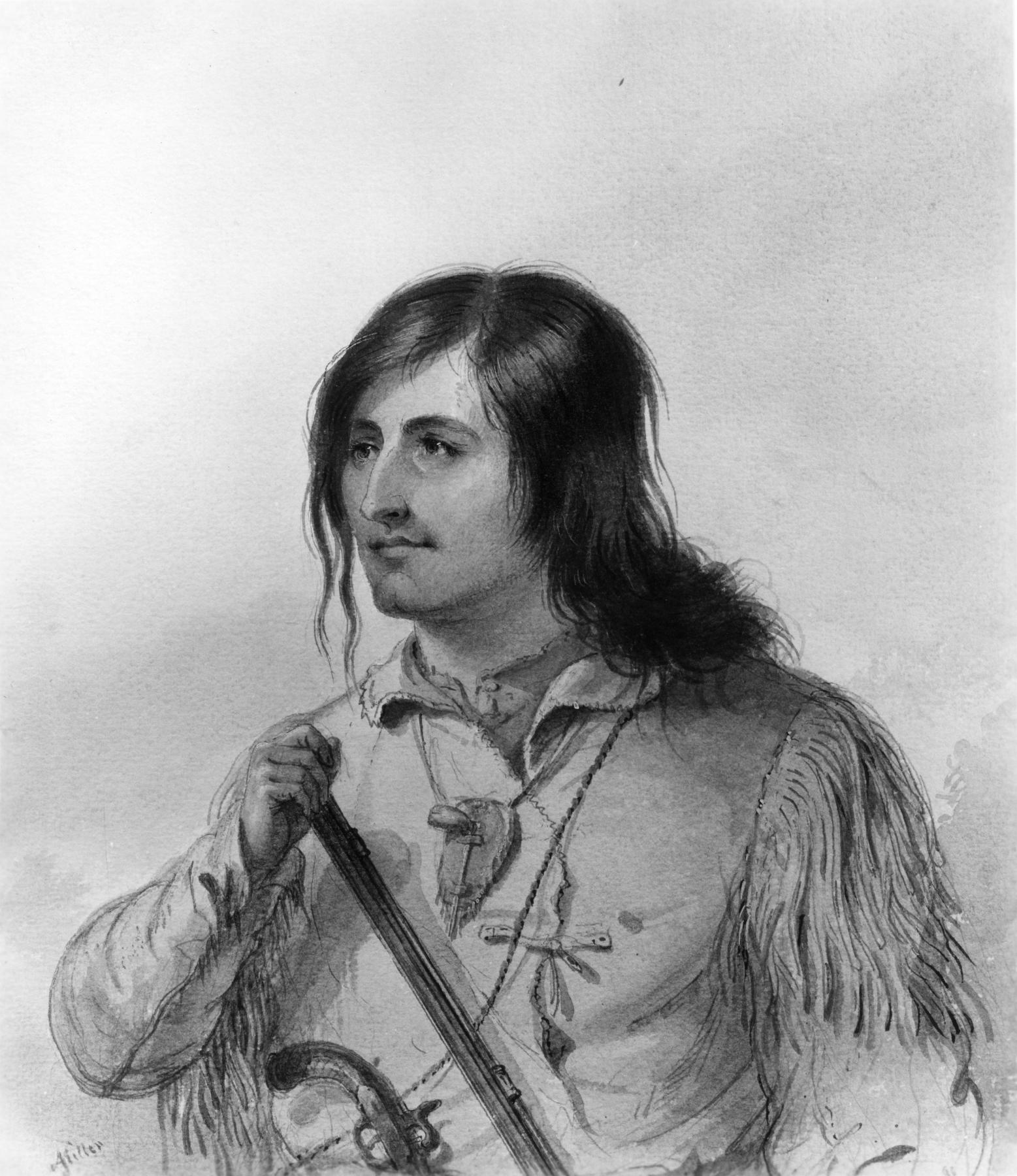 "The subject of the sketch is a half-breed (that is, his father was a Canadian, his mother an Indian) and one of the noblest specimiens of a Western hunter; - in the outward journey he killed for us about 120 Buffalo; his temper however, when aroused, was uncontrollable." A.J. Miller, extracted from "The West of Alfred Jacob Miller" (1837).