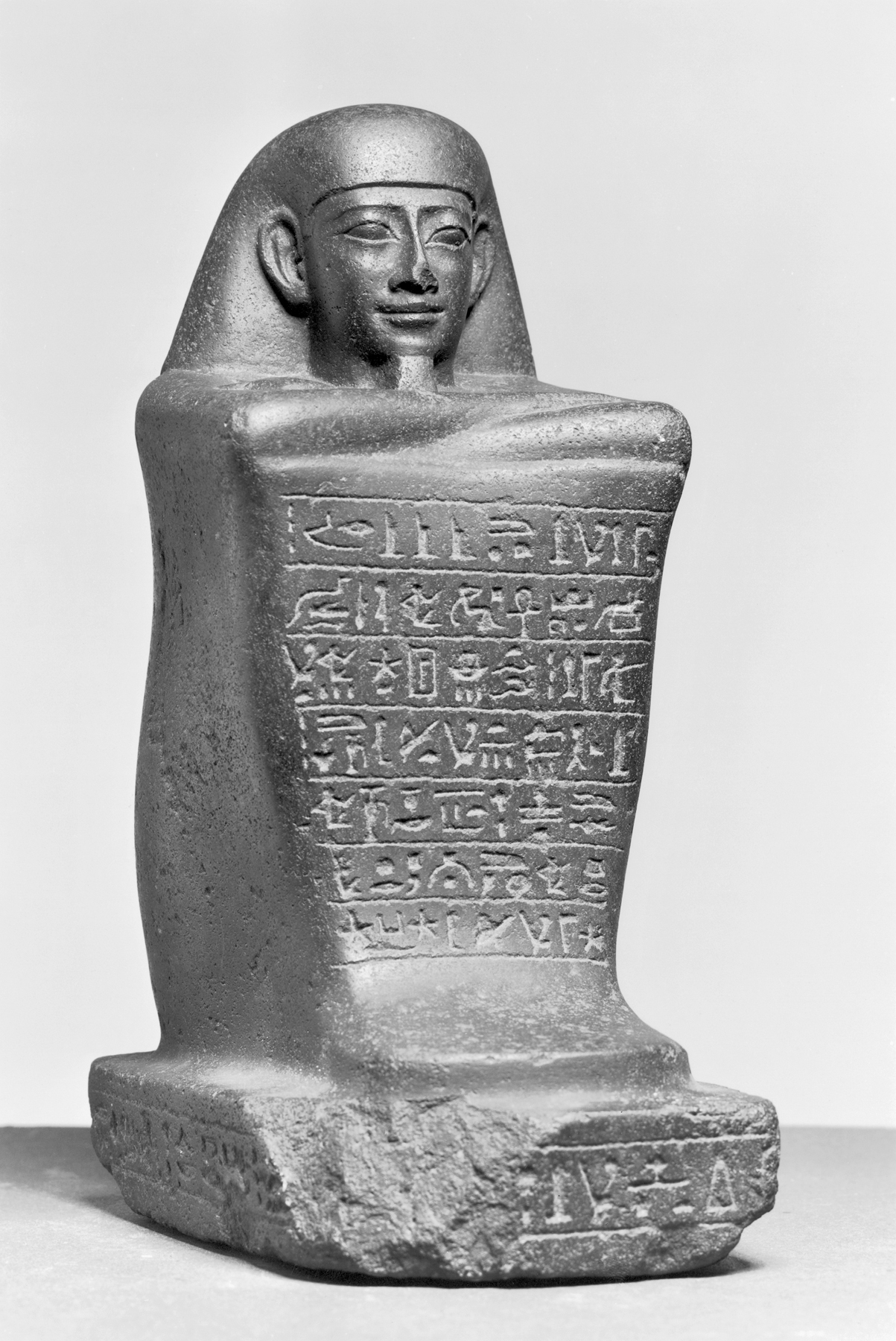 Block statues could be found in either tombs or temples. The human figure is carved as a simple, cubic mass that is both stable and durable, important features for an object intended to be an eternal dwelling place for the spirit of its deceased owner. The surface of the block also provided space for inscriptions. The texts on this statue are addressed to the clergy of the temple, requesting offerings and other benefits for Ankh-pekhred.