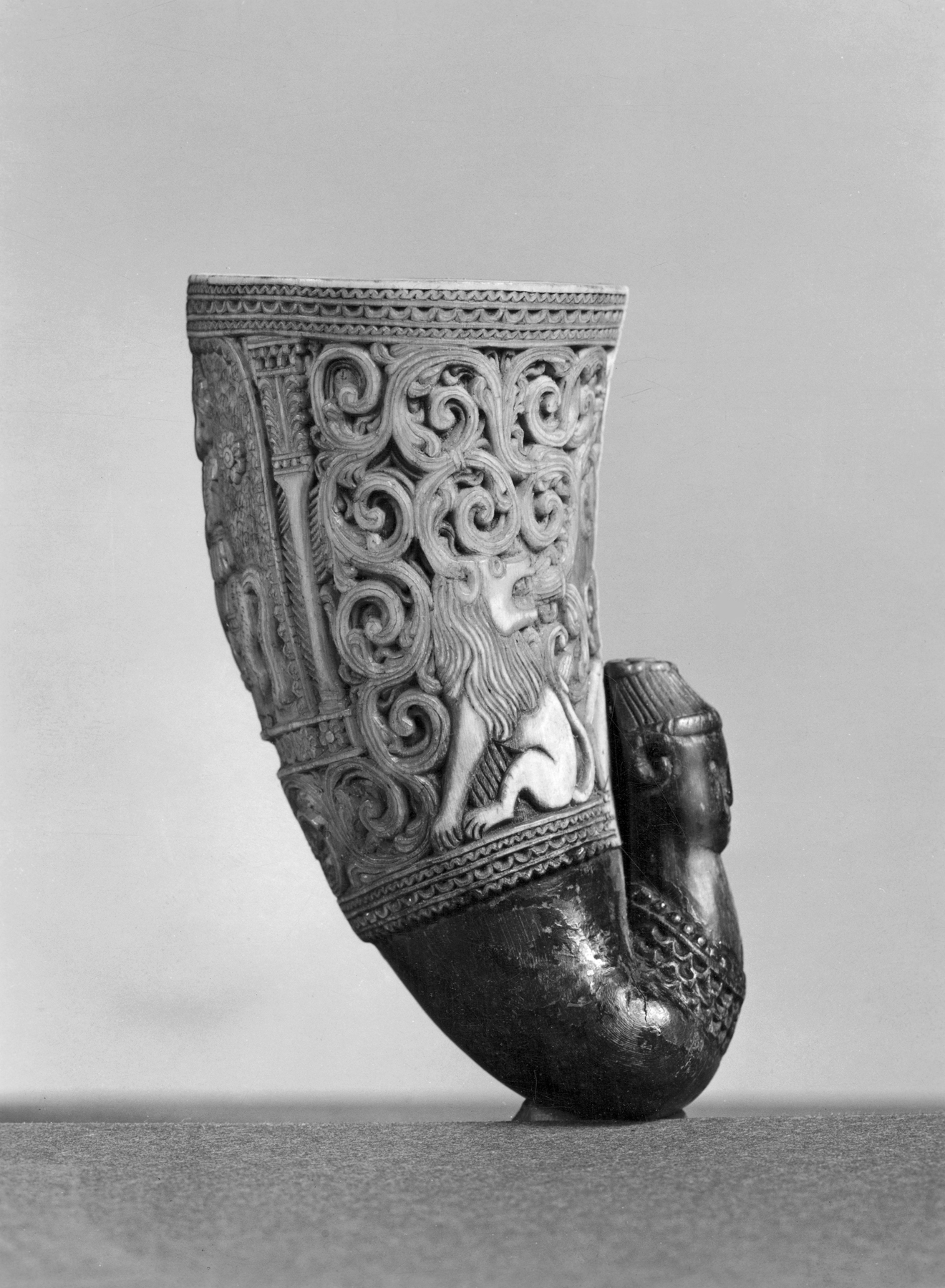 The exterior of this piece is intricately carved in low relief with a figure of a mounted nobleman and heraldic lions among leaf rinceaux. The cup terminates in a carved bust. This intriguing drinking cup is installed in the Chamber of Wonders with objects from Asia and Africa. Seventeenth-century collectors often could not be sure where objects obtained from sea captians and traders actually came from. We don't know where this piece was made. Do you?