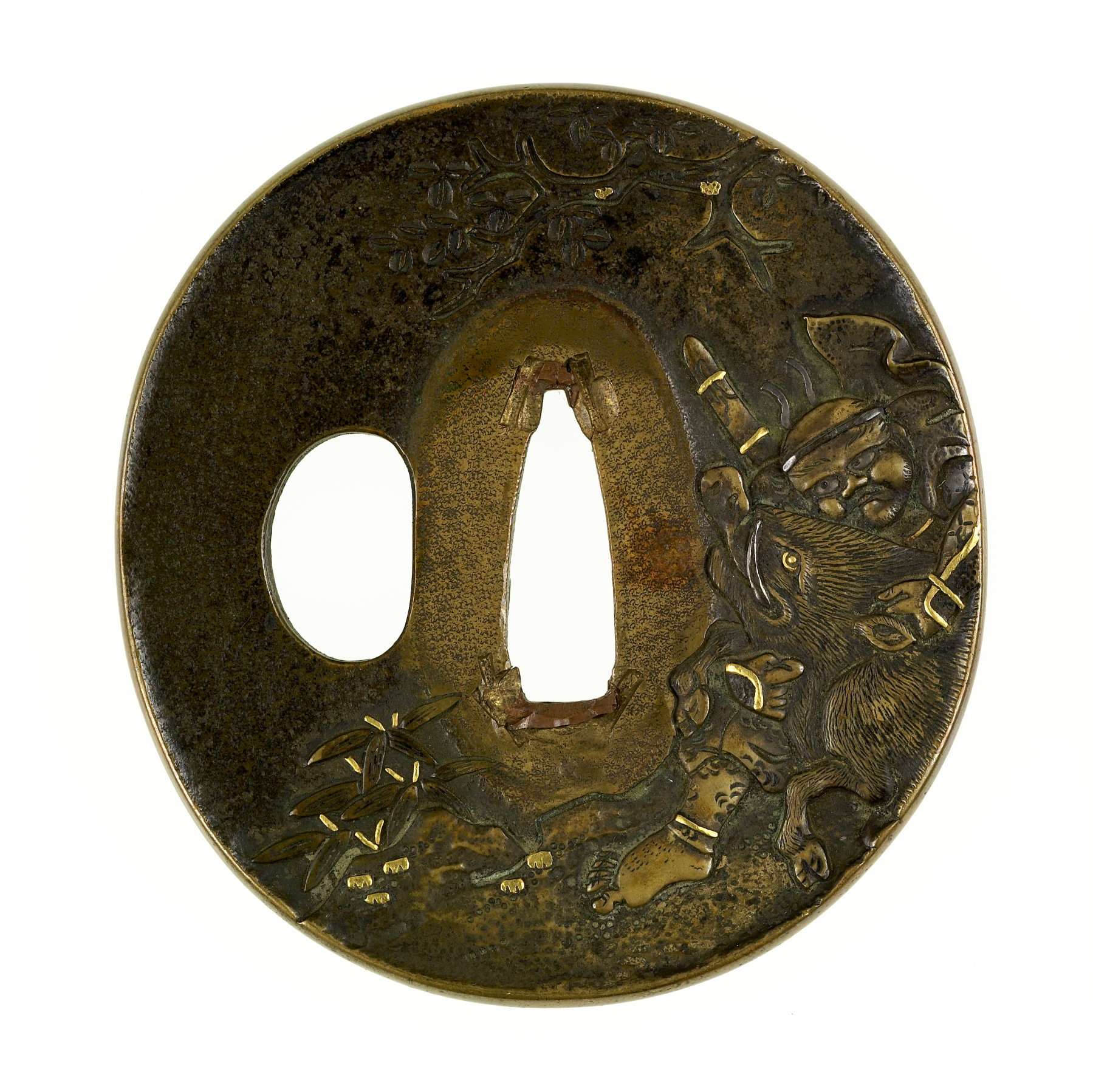 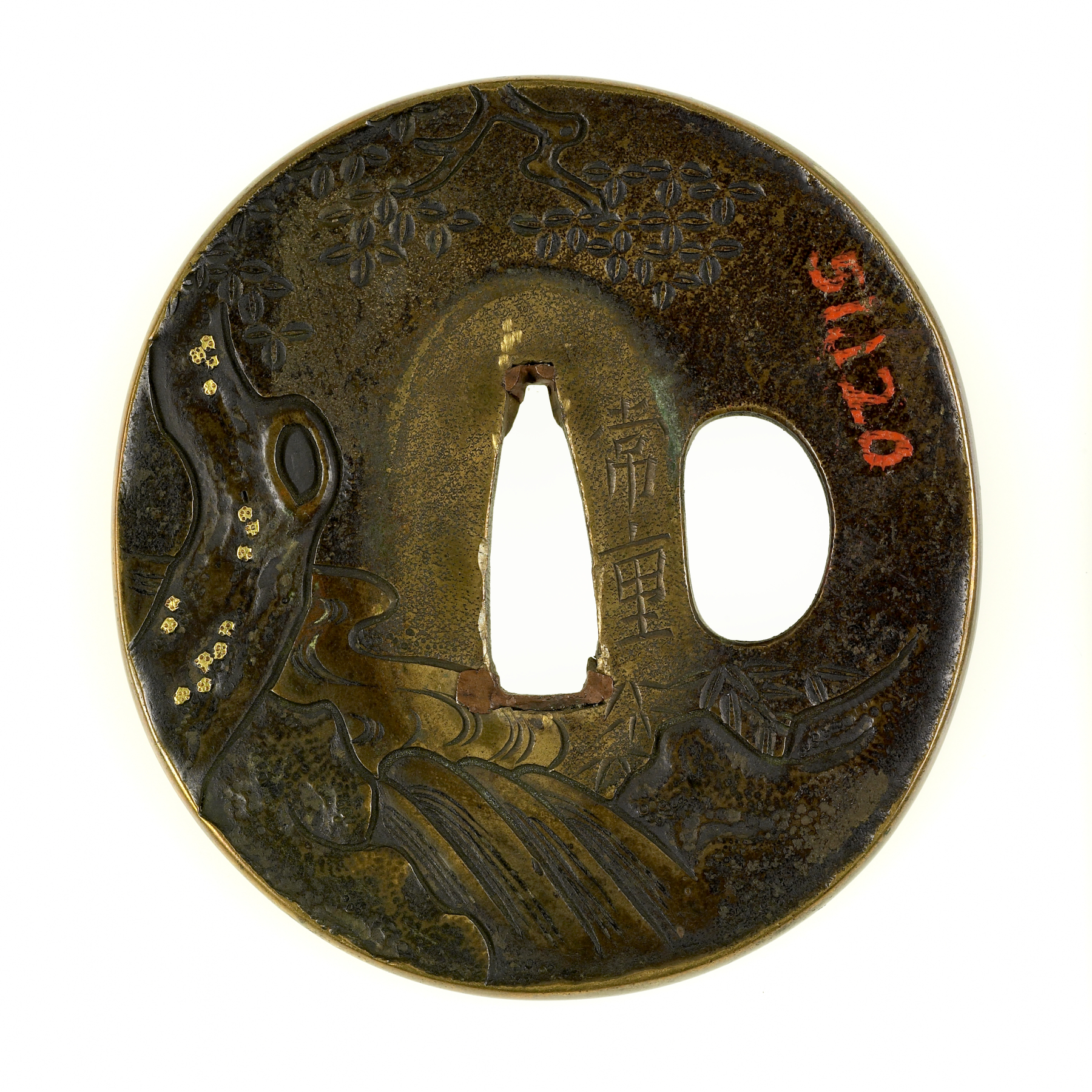 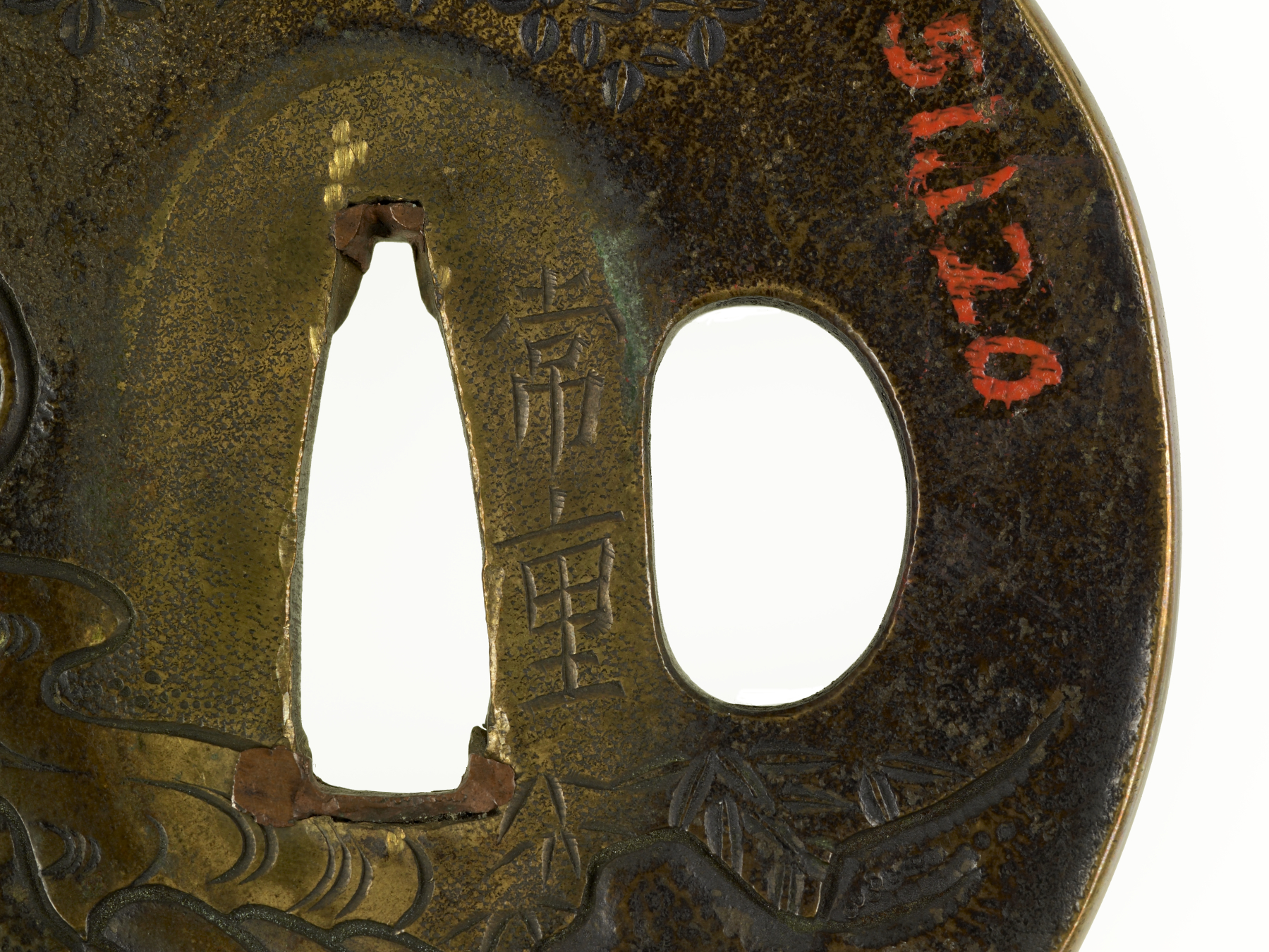 Tsuba with Nitta no Shiro Killing a Boar

This tsuba shows Nitta no Shiro (also known as Tadatsune) killing a boar. Nitta no Shiro lived in the late 12th and early 13th century. He was a warrior in the service of Minamoto no Yoritomo, who became the military ruler of the country in 1192. Nitta no Shiro is said to have saved Yoritomo from attack by a boar during a hunting expedition near Mt. Fuji. When the boar charged at Yoritomo, Nitta no Shiro jumped from his horse onto the boar and stabbed it to death. Tsuba by Tsuneshige often depict figures from narratives.