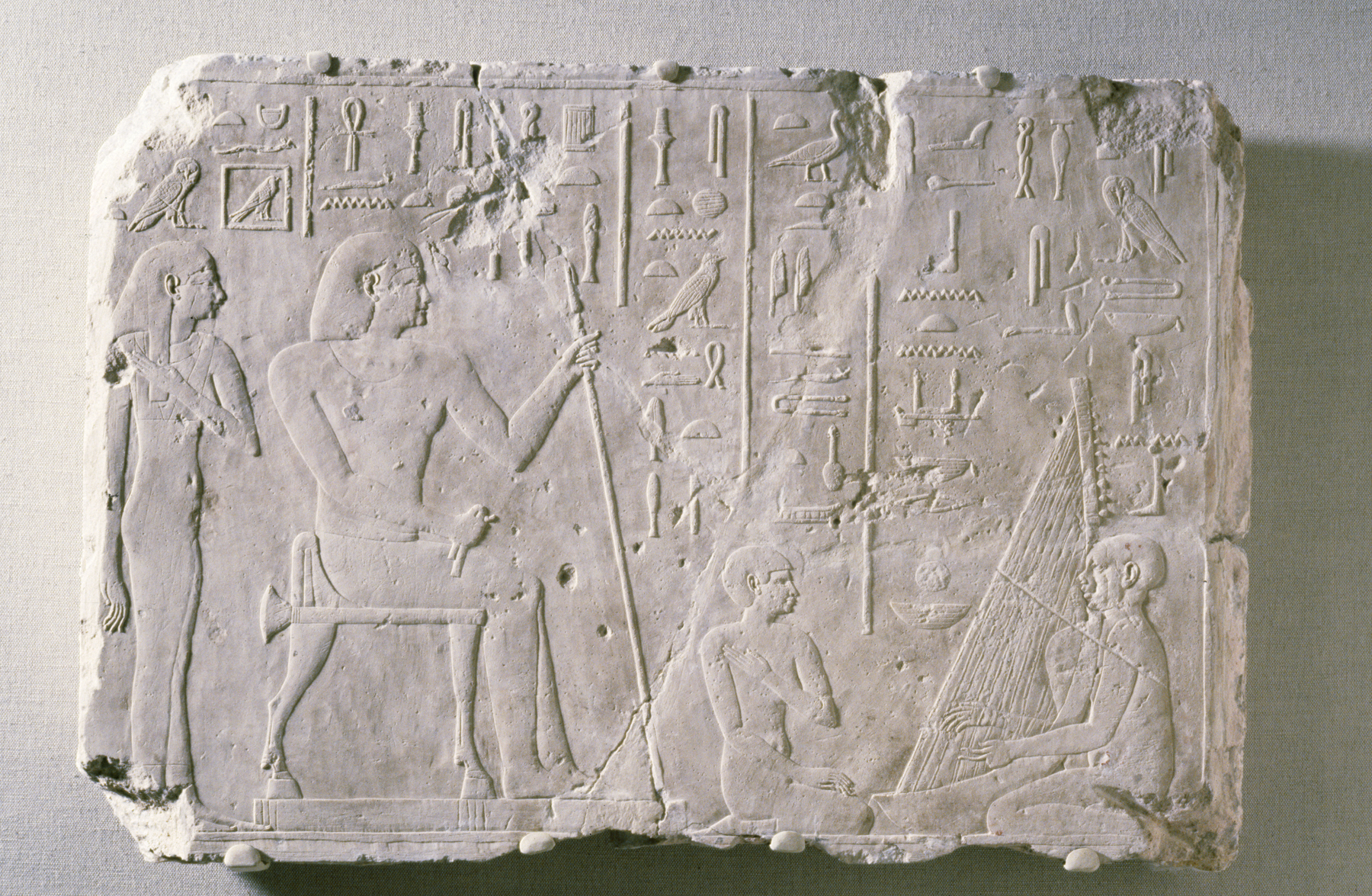 Ankh-ef-en-Sekhmet Entertained by a Harpist

Late Period interest in the past is clearly demonstrated in this work, whose composition, clothing, and poses all recall Old Kingdom and Middle Kingdom works. Details such as the crisp precision of the carving and the presence of personal names date the piece to the Late Period. It shows its owners, Ankh-ef-en-Sekhmet and his wife Hathor-em-hat, to the viewer's left. Their daughter, with close-cropped hair, kneels at center. The three are entertained by a harpist named Psamtik-seneb, who "plays the harp for the good of their spirits everyday." The harpist's name means "may King Psamtik be healthy." The tomb from which this relief came was located in Saqqara, the necropolis (cemetery) of Memphis, an important center for the worship of the goddesses Sakhmet and Hathor, whose names are incorporated into the tomb owners' names.

Inscriptions above each of the figures identify the person depicted: [Translation] "Priest of Sekhmet of the Acacia Tree, Priest of Ptah: Ankh-ef-en-Sekhmet," "his wife: Hathor-em-hat," "his beloved daughter Ta-(net)-Nefertem," and the harpist and "singer Psamtik-seneb," who is "plucking the harp for your" [i.e. Ankh-ef-en-Sekhmet's] "Ka" (life force) "everyday."

Lintel with Musicians and Game Players