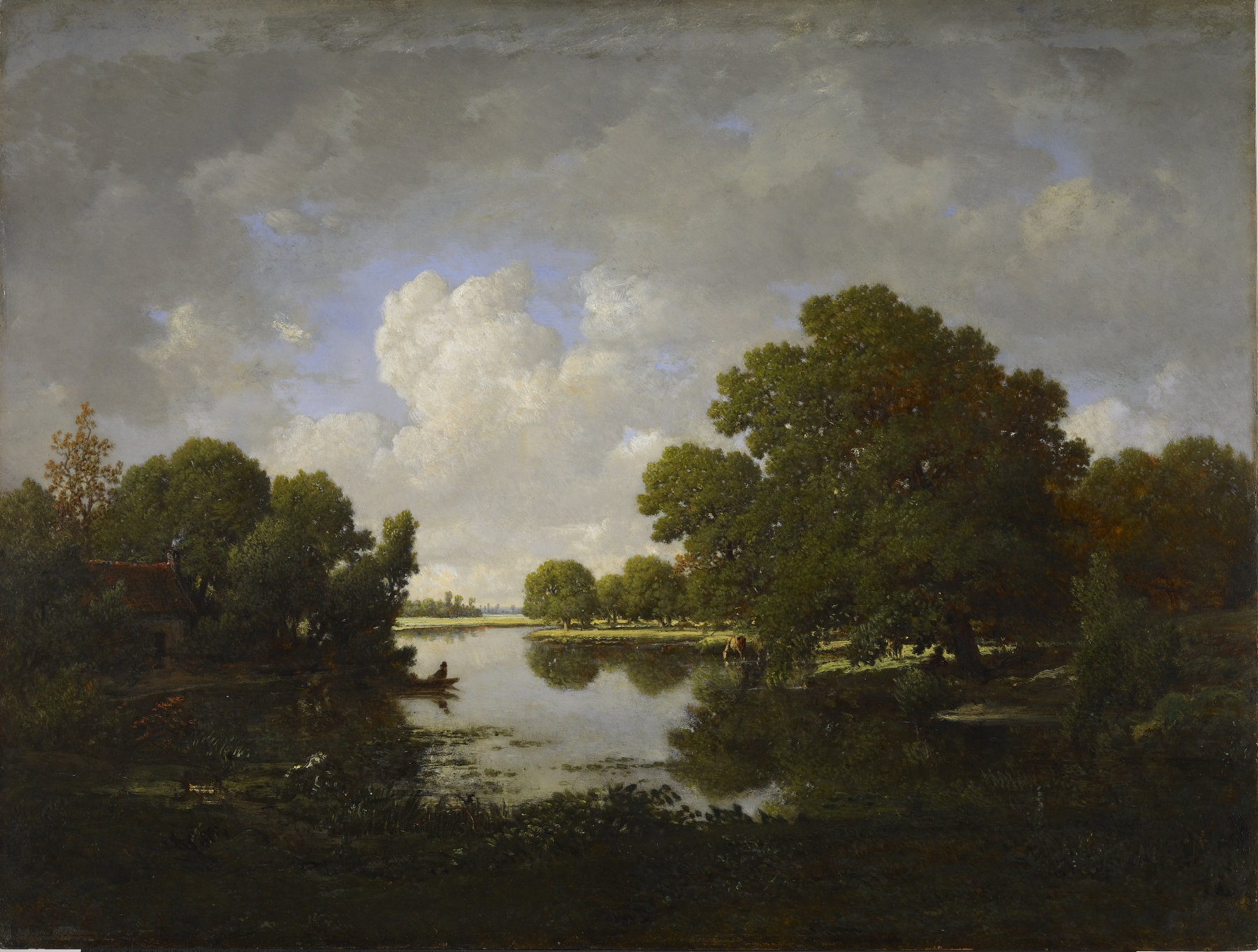 The Banks of the Bouzanne River

Traditionally, this painting was known as "Early Summer Afternoon" and was thought to represent a site in the Fontainebleau forest. However, it has since been identified as Bords de la Bouzanne, depicting a scene in the Berry district in central France, which was exhibited at the Paris Exposition Universelle (World's Fair) of 1867. While we know that the artist painted outdoors in the Berry region in 1842, this highly finished composition was likely done some years later.