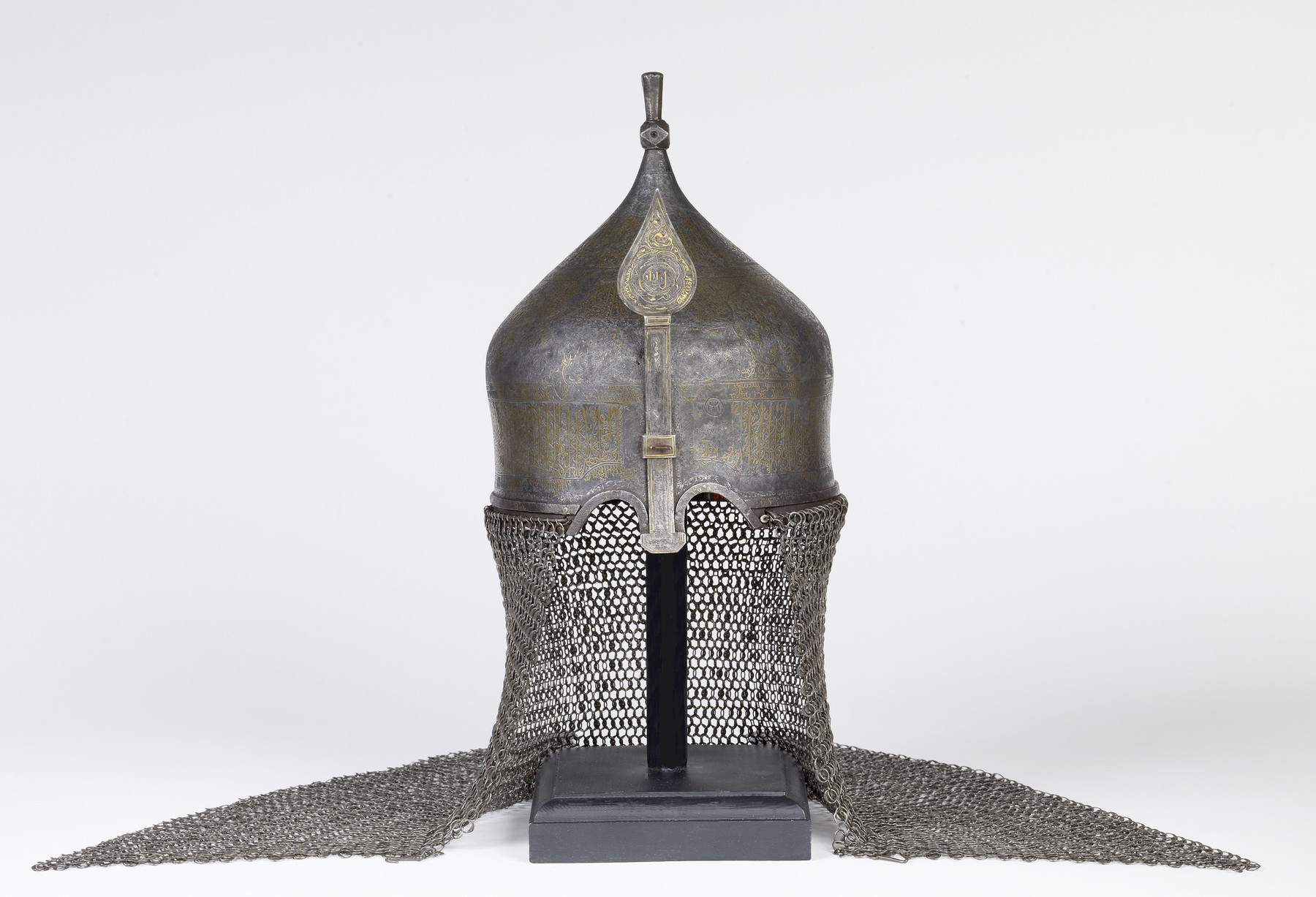 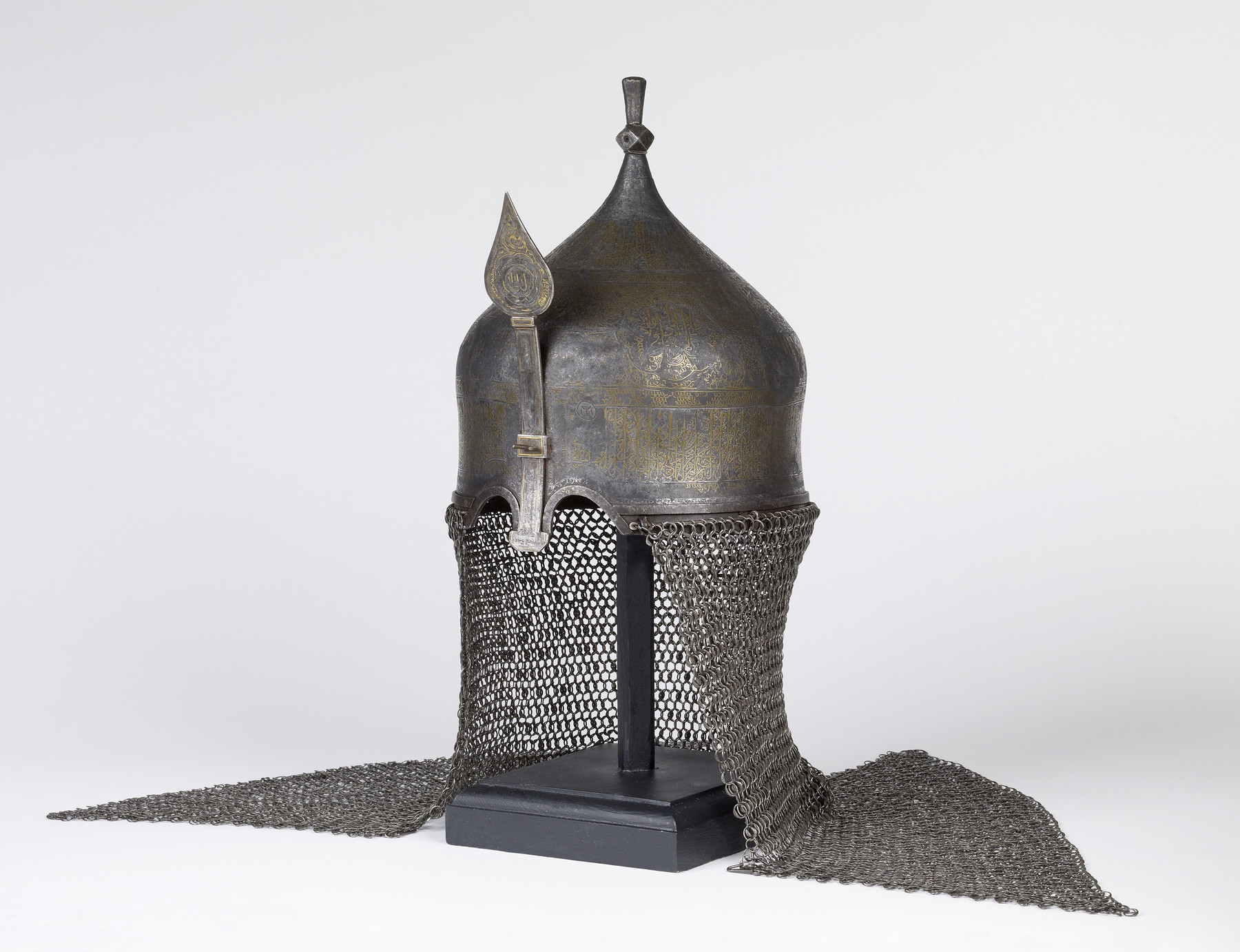 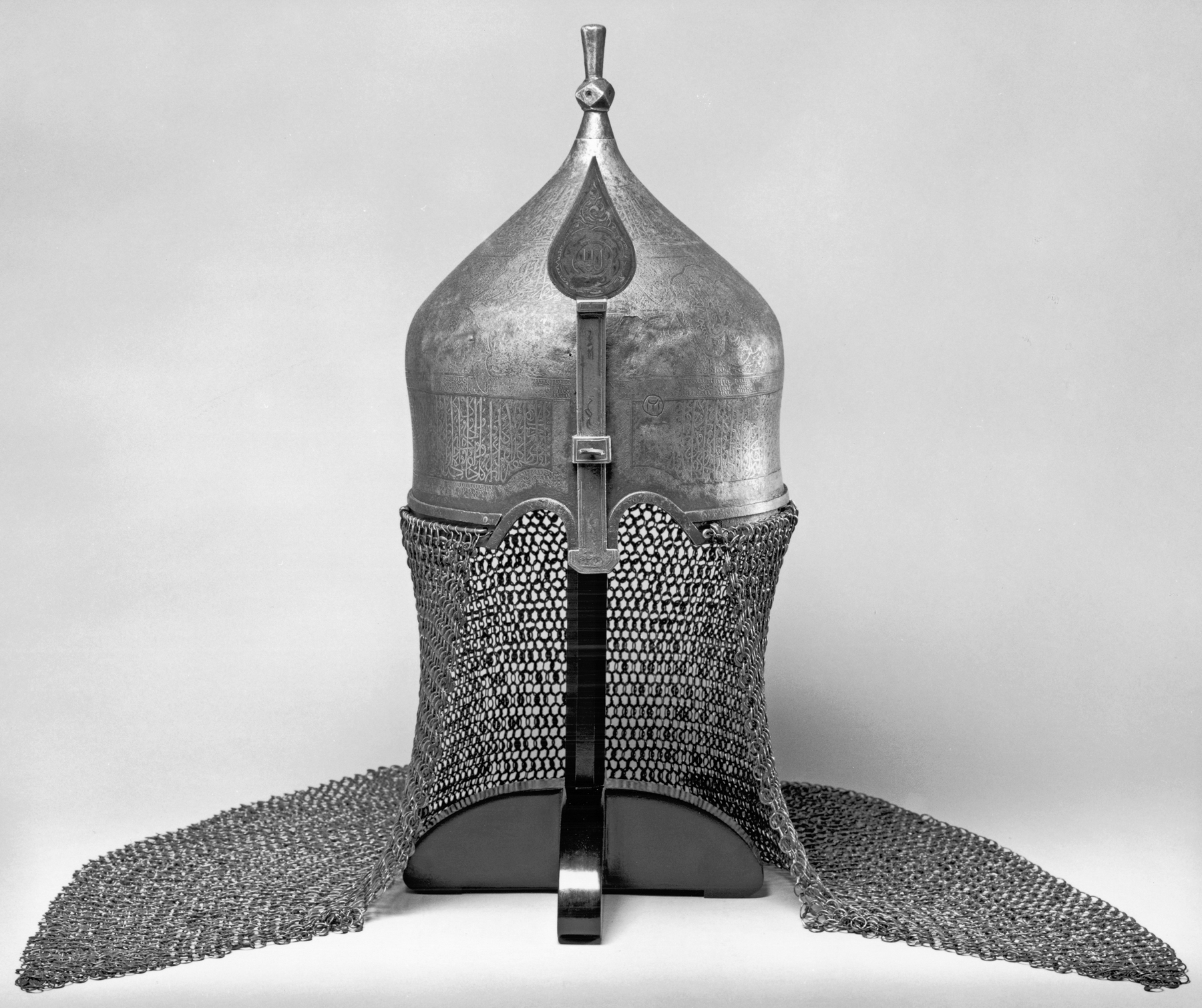 Turban Helmet with Neck Guard of Mail and Nose Guard

This helmet bears the distinctive mark of the royal arsenal in Istanbul, capital of the Ottoman Dynasty of Turkey (1453-1922). Composed of a circle enclosing a loop over three vertical lines, the stamp is clearly visible to the right of the nose guard on this helmet. In 1839, the Ottoman repository discarded some of its holdings and sold them on the open market. The famous French artist Jean-Léon Gérôme was among the European collectors who acquired these Islamic arms and armor including this very helmet.