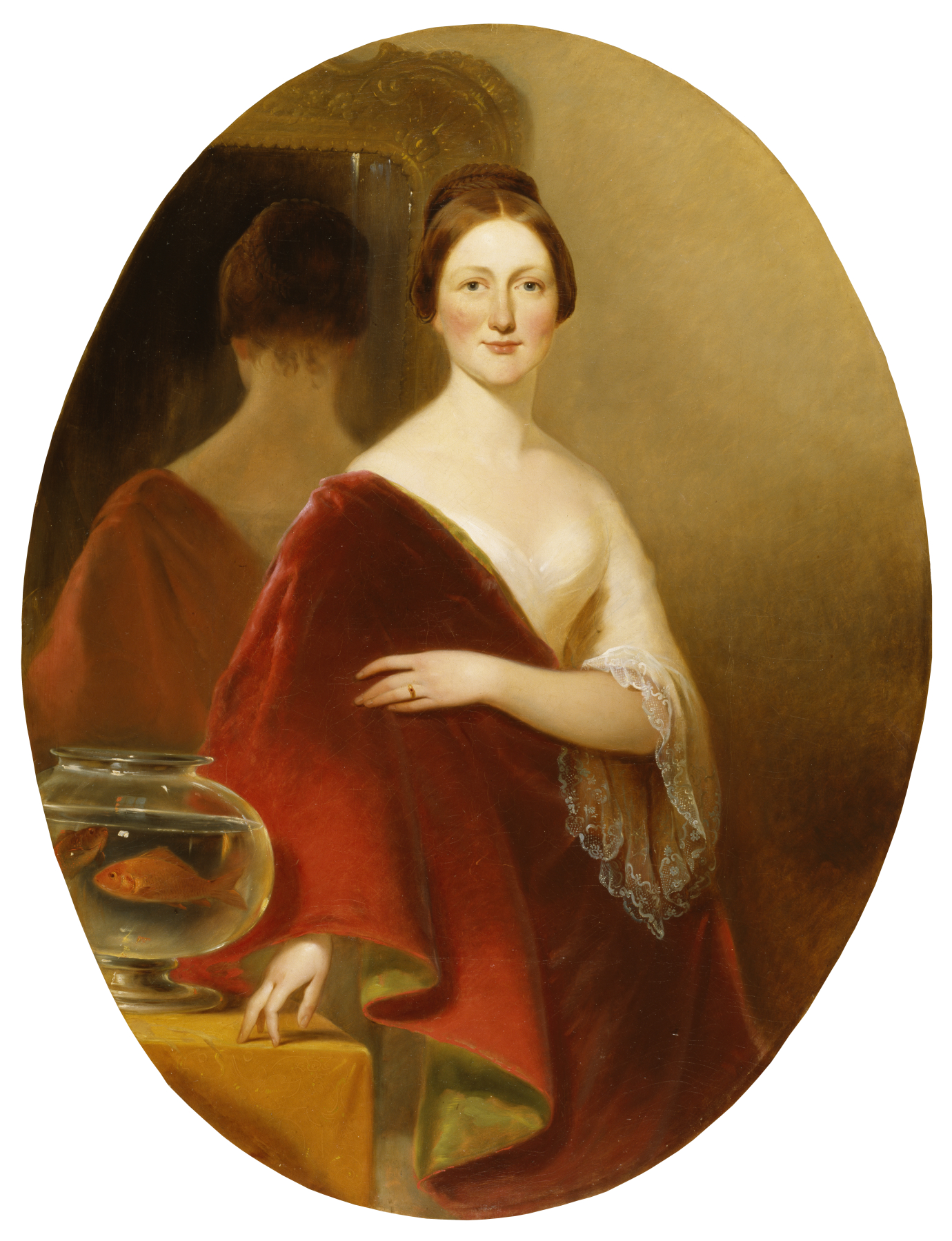 In this elegant, colorful portrait, a companion to Walters 37.2558, Miller excels as a portraitist. He shows his sister-in-law standing with her back to a mirror, which, in turn, reflects her bare neck and shoulders. Hanging from her right shoulder is a red velvet drapery with a green lining. Beside her on a table is a bowl containing a large goldfish.

Mrs. Decatur H. Miller, née Eliza Credilla Hare, was the daughter of Jesse Hare of Lynchburg, Virginia, and Baltimore, and of Catherine Welch (who is portrayed by Miller in another portrait owned by the museum, WAM 37.2467). Her father was an extremely wealthy tobacco manufacturer who introduced the use of licorice in the manufacture of chewing tobacco. Eliza was married to D. H. Miller on October 14, 1847. 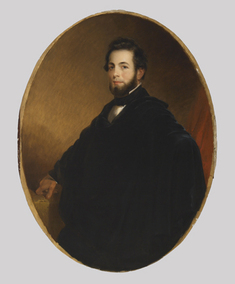