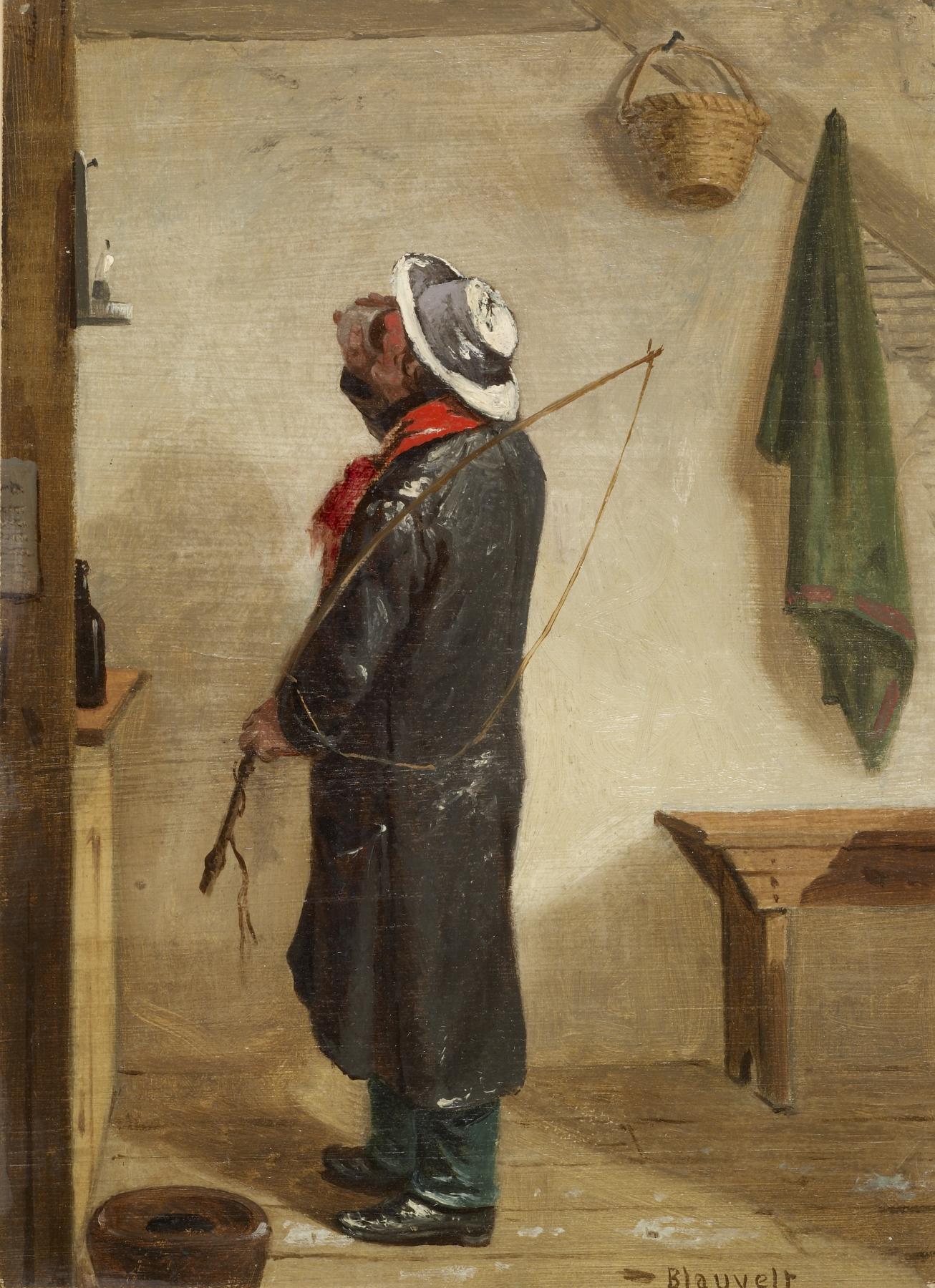 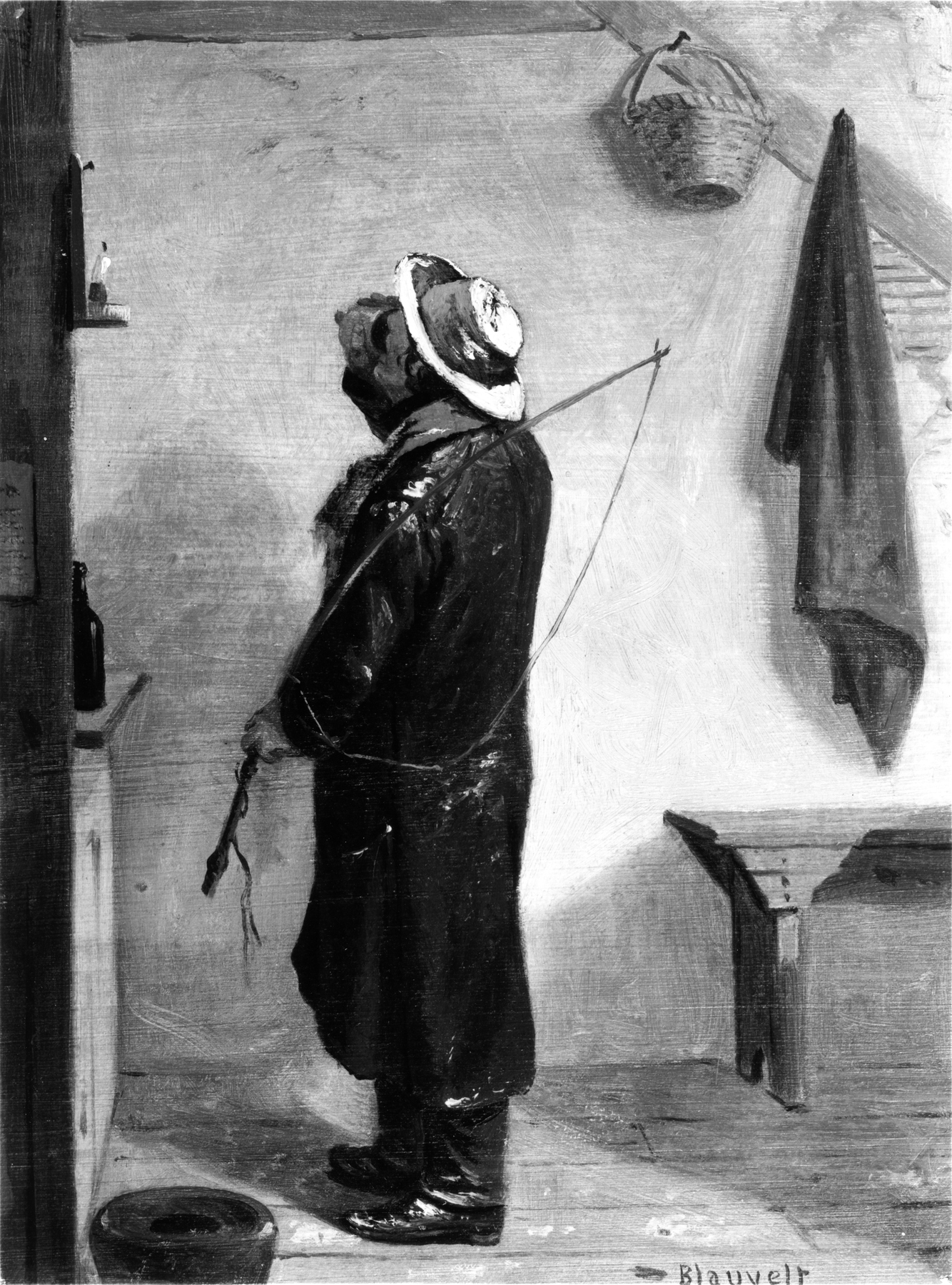 Blauvelt studied with Charles Loring Elliott and at the Pennsylvania Academy of the Fine Arts and the National Academy of Design. He pursued a career as a genre and portrait painter, before settling in Annapolis, Maryland where he taught draftsmanship at the Naval Academy. Blauvelt was among the artists whom William T. Walters encountered during his forays in the New York art market just prior to the Civil War, acquiring 5 works by the artist. Blauvelt specialized in small genre paintings, frequently of single figures.

Showing an elderly carter at a bar, this painting can be read as a less innocent pendent to WAM 37.1951, which shows a young boy standing in front of an open stove.

[1] from the Walters residence of 5 West Mount Vernon Place, Baltimore