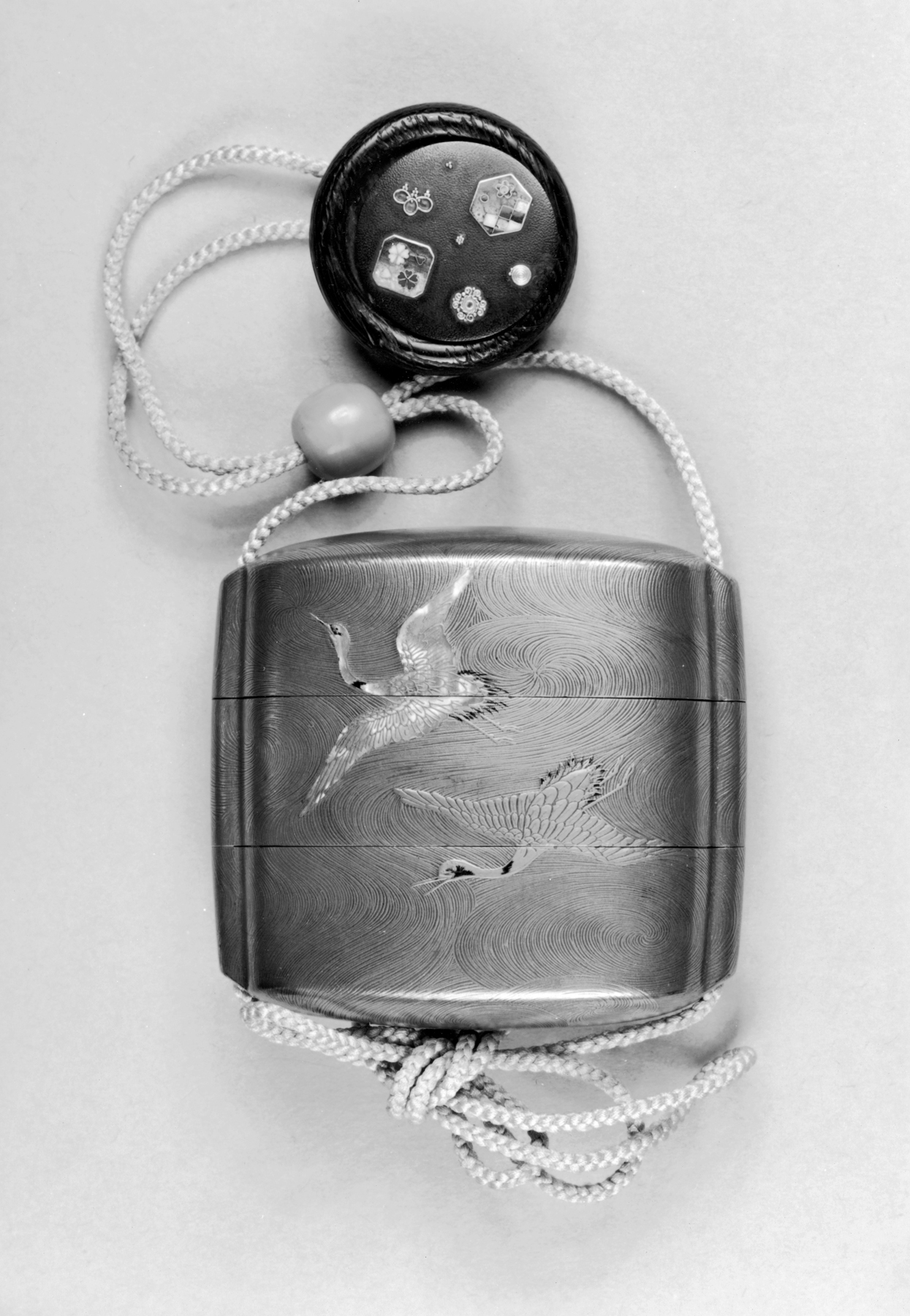 Inro with Cranes Among Swirling Clouds

A "kagimibuta" netsuke with a carved deep grain brushed "tagasayan" wood bowl and a disc of "shibuichi" with cloisonné. The cloisons of gold wire and various inset symbols in red, green, blue and white enamel. Inscribed on the bottom.
A standard (oblong) gold lacquer two compartment inro. The design with "hiramakie" in gold with touches of black. Two flying cranes on one side with one of the cranes in inlaid raden with gold for delineation of the plumage. The other crane in gold with touches of black. A flying crane on the other side in gold with black touches. All on a ground of red lacquer almost covered with gold spirals of conventionalized clouds. The inside with "nashiji" and "roiro" and "fundame." The cord channels are external.