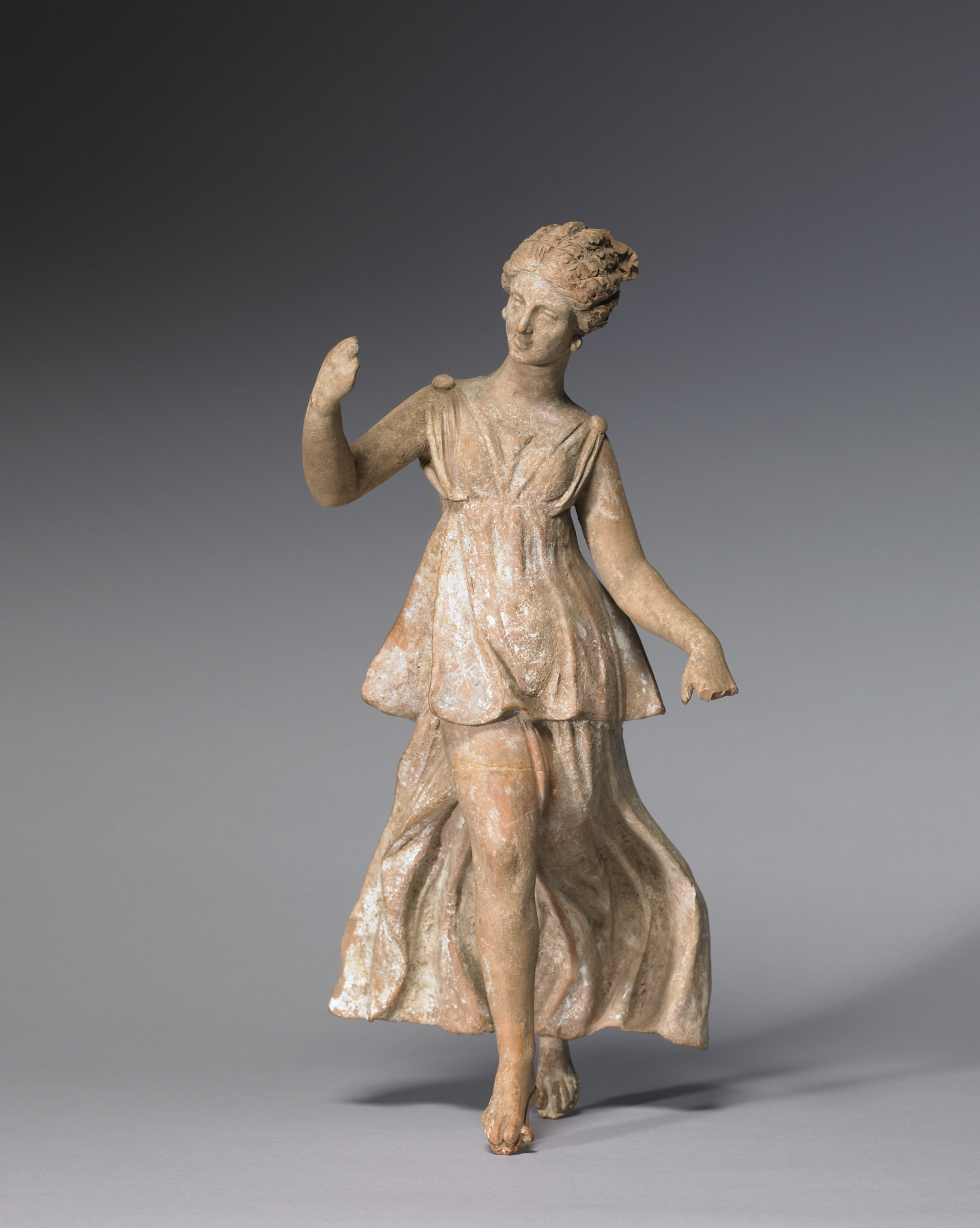 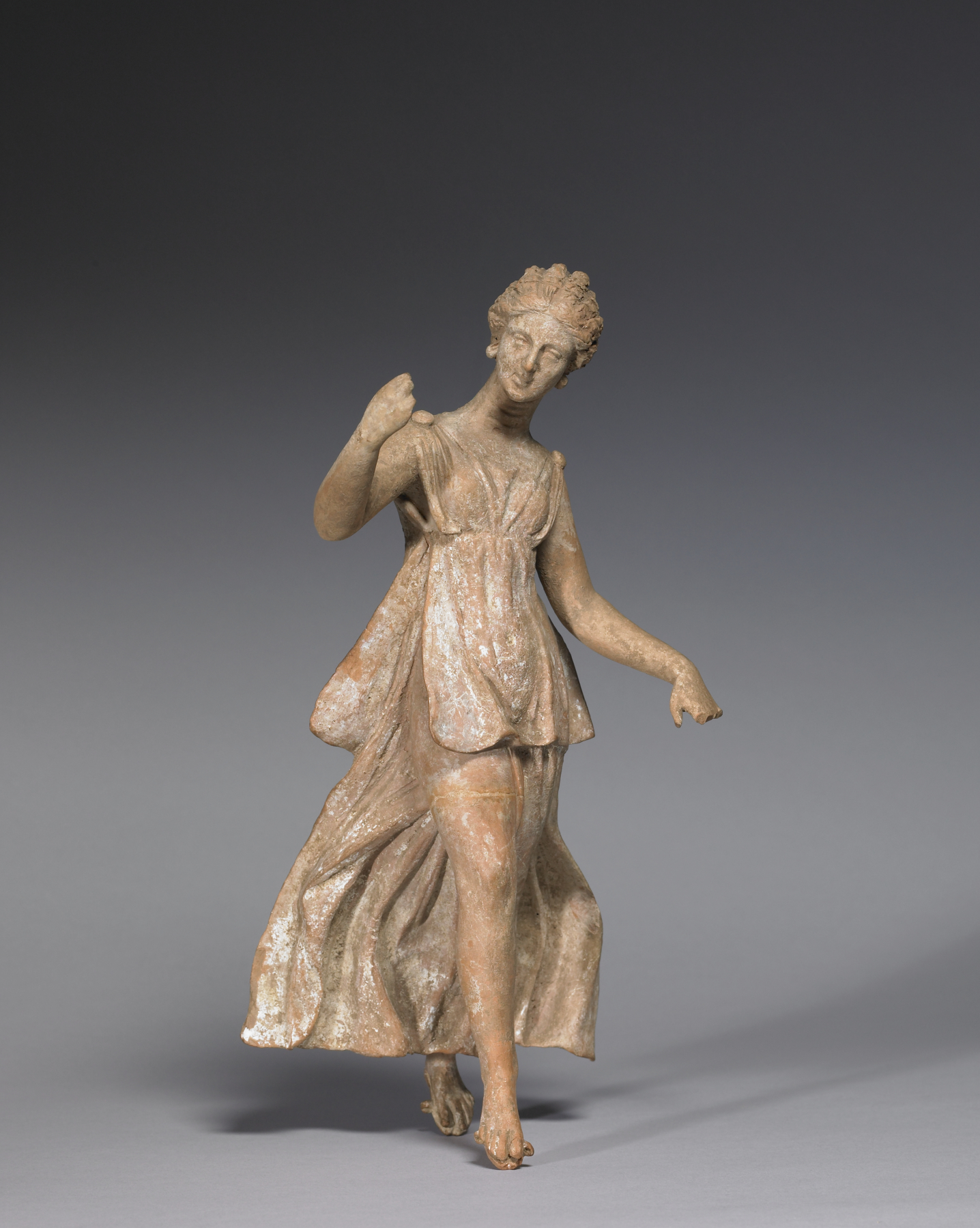 One of the most flourishing workshops for Hellenistic terracottas was located on the western coast of Asia Minor at Myrina. This elegant Nike is a good representation of this fabric. The complicated twisted pose of this figure and the agitation of the wind-blown garment are distinctly Hellenistic and look to the "Winged Victory of Samothrace" created later in the 2nd century BCE (Louvre Museum, Paris). Behind each arm is a slit where wings would once have been attached.

Although generally referred to as Tanagra figurines after the most famous findspot, Tanagra (modern Schimatari) in Boeotia, Greece, statuettes of this type have been found at other sites in the ancient world, including Myrina and Smyrna (modern Izmir) in Asia Minor. The most common forms of the statuettes depict young women sitting, standing, or in the process of graceful movement, but there are also examples showing men or children. The statuettes were used as grave offerings, votives, decorative objects, and perhaps toys. The hair, clothing, skin, and jewelry of the pieces were originally painted, although most of the colors are presently faded.