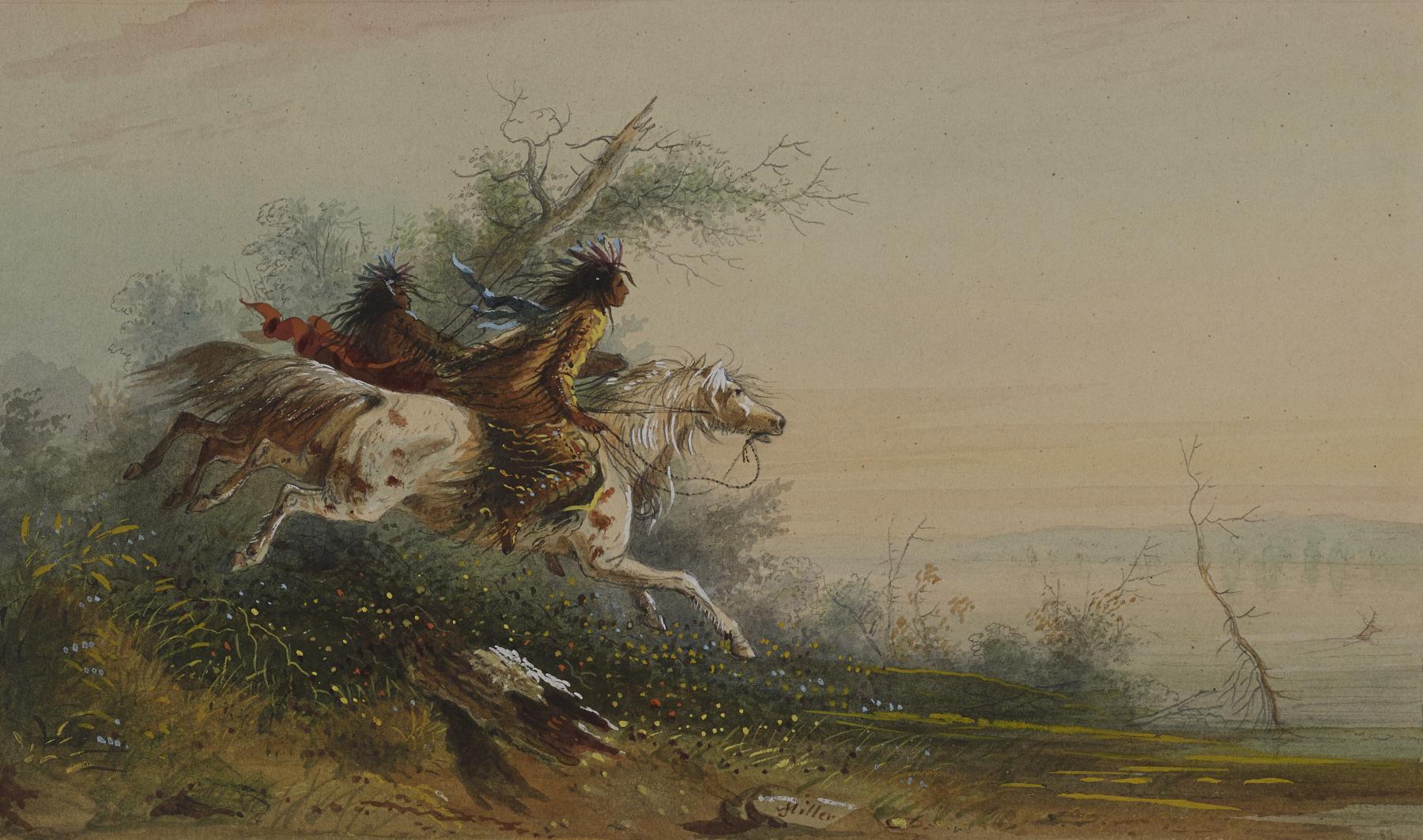 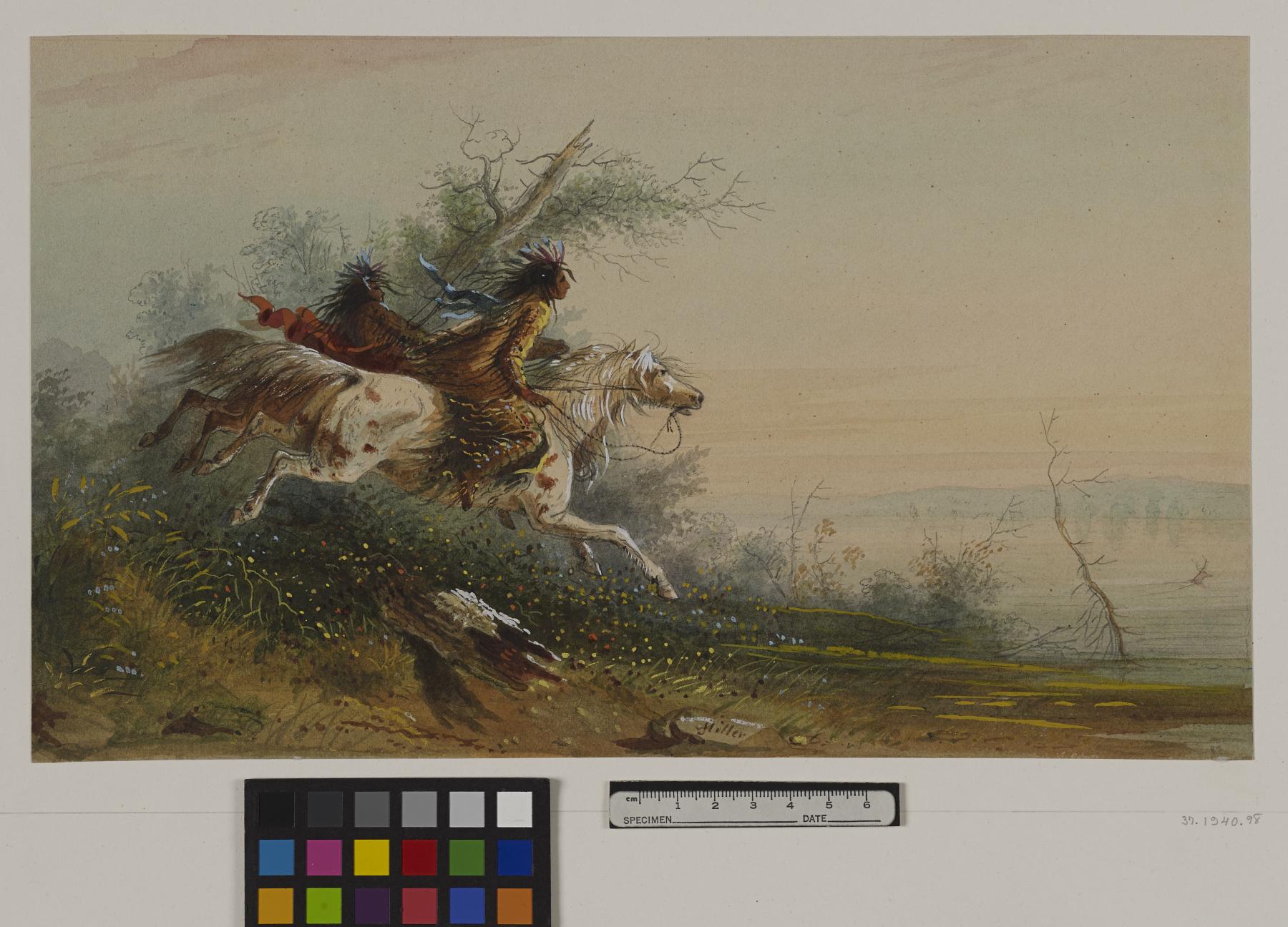 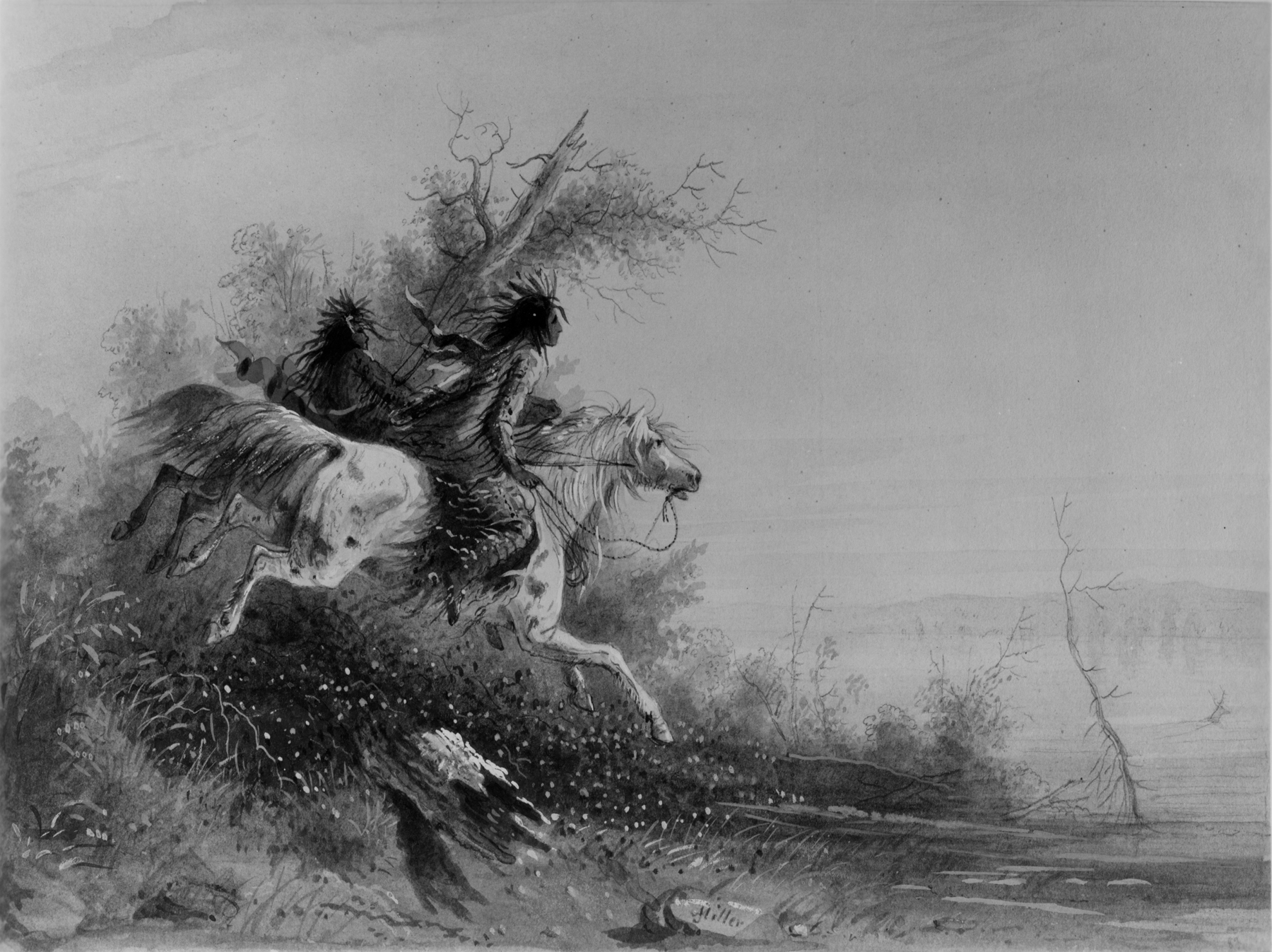 "After an exciting chase over the prairies, the Indian hunters have at length driven the Elk just where they would like to have him. The Elk in his extremity has plunged into the Platte River, and making for the opposite shore, while the hunters are approached the margin at full gallop, knowing very well that if he is not captured before he reaches the other side, there is slender chance for them. Even in the water he is a dangerous customer, for he has a trick of using his long horns to great advantage, and keeping his enemies at bay. The Platte varies from half a mile to three quarters in breadth at this point, and when swollen by recent rains, is a formidable and rapid river,- very often however it is so shallow that charettes cross it without water covering the hubs of the wheels. The pie-bald horse is held in great esteem,- the manner in which the Trappers described their breeding was similar to that used by Jacob of old among Laban's flocks of cattle." A.J. Miller, extracted from "The West of Alfred Jacob Miller" (1837).